Overview of the Yanmar SX3100

The brand new Valtra T Series was selected the winner of the Machine of the Year award in the 180-280hp category at the SIMA Show 2015.

Deutz-Fahr unveils a special edition of the Deutz-Fahr 7250 at the Paris SIMA show.

New Holland’s line of heavy-duty tractors comes equipped with Tier 4B engines using their EcoBlue technology, with power up to 175 horsepower available

New spot focuses on the people who are Mahindra.

Newest TS6 models feature Tier 4B compliant engines and a variety of packages for outfitting.

This month, we kick off a new feature as we highlight a new member of TractorByNet each month! We will occasionally post full member feature articles as well, on a rotating basis.

McCormick North America will unveil the all-new X6 tractor family during the 2015 National Farm Machinery Show in Louisville, Kentucky.  The X6 Series ranges from 111 to 133 maximum engine horsepower, and will replace the successful X60 Series mid-range tractors.  McCormick announced the X6 line to its dealer network in December, 2014, but this will […]

New features meant to increase speed and quality off bailing while reducing down time.

S725TX designed for high performance and versatility to appeal to rental and landscape markets.

CLAAS remembers our fallen heroes killed in the War on Terror with their Remembering the Fallen display.

Kubota enters the skid steer market with the introduction of the SSV65 and SSV75, available at Kubota dealers in June of 2015.

The SR270 and SV300 are the Tier 4 Final compliant skid steer models with SCR technology. 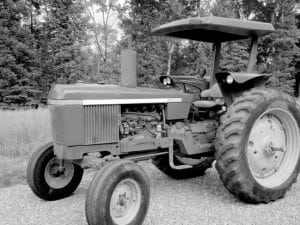