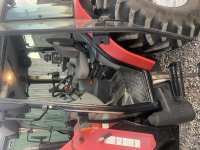 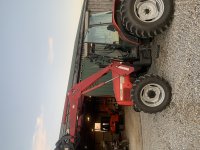 My current path is to sell m62 and get a svl75/cab. But planning on upgrading tractor before next year. It is hard to price old machinery. I am thinking the m5111 deal is a little light. I have ran a m5111 and is a nice tractor but would rather have a m6111 but more tractor than I need and a lot more expensive. Any thoughts on that deal?
Nov 27, 2020 #2

I like better for the most part. I dig and install sewers and waterlines. Working around the small house lots is a plus for the 40, just great articulation and maneuvering. The only issue I’m running into is handling gravel for the sewers. I bought a ce adapter and going to weld it on a loader bucket so that may be the solution as long as the gravel is close by. Running down the road to get gravel was no issue on the m62, its not feasible for the 40 because its a slug traveling. The thumb is a game changer, and thats not really something over the m62 as I could have added but its an incredible addition. Digging power seems about the same but the 40’s hydraulic speed is much quicker. Another thing is the 40 hydraulics in general are more precise, best way I can describe it is the 40 is digital and the m62 is analog. I had bought a heavy duty 48” smooth grading bucket thinking it would be good for gravel but its not much more capacity than the tooth bucket because its not as deep. But it has proved to be a great tool for grading and backfilling.
I went from an m59 to the m62. Both were great but in general the issue I have specifically with them is there is not enough power in the loader for the bucket size and it is a bouncy uncomfortable machine in rough ground.

But the main reason I am getting away from them is it looks like there is not ever going to be a factory cab option.
Nov 27, 2020 #4

I know the excavator is more precise. That’s the biggest reason I want one. If we’re being honest I’m pretty disappointed with the M59 controls. I’d like more power which I know the 40 isn’t a lot stronger. I’d like a 57 but they cost way more. I’m not worried about the moving material part. I’m keeping the M59 and eventually buying a CTL.
You must log in or register to reply here.
Share:
Facebook Twitter Reddit Pinterest Tumblr WhatsApp Email Share Link