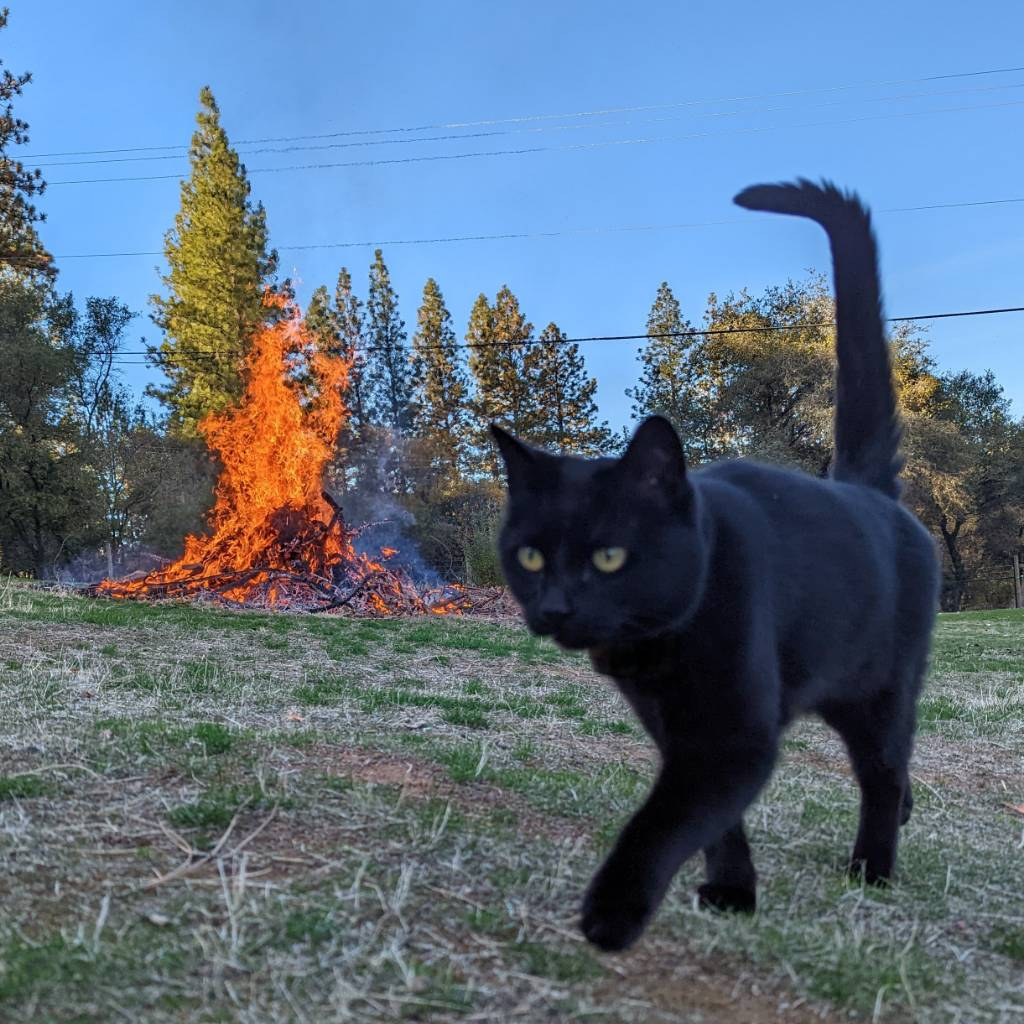 nice to be able to do the burns since the fire ban was lifted here about 3 weeks ago. cleans up a lot of stuff

your pile size would win me a fine (unless with permit)

That's either the biggest cat I've ever seen, or a very tiny burn pile.

Just kidding of course. I'm very surprised you are able to burn anything at all in California, permit or no.

Had the farm timbered, 20 years ago. The dudes left two HUGE slash piles (you can see backhoe in background of the double picture for sense of scale)

I've told this story before but what the heck. It had rained all week. This day was Friday and the rain stopped. So everything was soaked.....and this was a GOOD thing.

Called to get my burn permit, got home after work around 5:00 and headed out to light it off. Actually, to light THEM off as there were two of these monsters.

Got things lit. Hours later, it's cold outside BUT, I have "stereo heat" with both piles going. I found a spot where I could sit/watch and stay comfortably warm.

It was maybe 3:00 A.M. and I see a light dancing through the woods. Alas.... someone cometh. Light reaches me and it's a Sheriff. He seemed to have an attitude in his voice.

"Whatcha doing here?" (the word "BOY" was heard in the sound of his voice but he didn't say it)
"ummm... burning?"
"we got a report from across the lake that there was a forest fire over here....we've been looking for this for the last couple hours"
"mmmm..... ok???" (what am I supposed to say to that?)
"How are you going to put this out?"

This one perplexed me.

To which he then said with a bit of frustration in his voice...

"You DO know, don't you, that you are REQUIRED to be with your fires while they're burning???"

He muttered 'have a nice night" and left.

The bulk of the fire was out so I hung around for another 30-60 minutes.... then went home to bed.

It was however, nice knowing that the Kravitz family (sarcastic comment going back to Bewitched for the crowd that remembers Edna) was keeping an eye out on us! 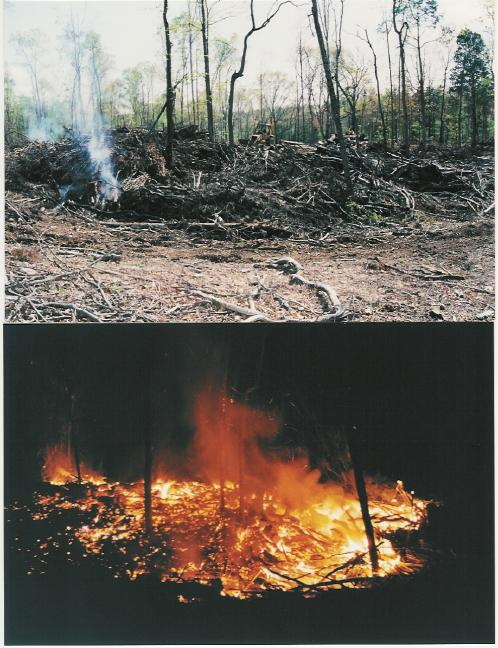 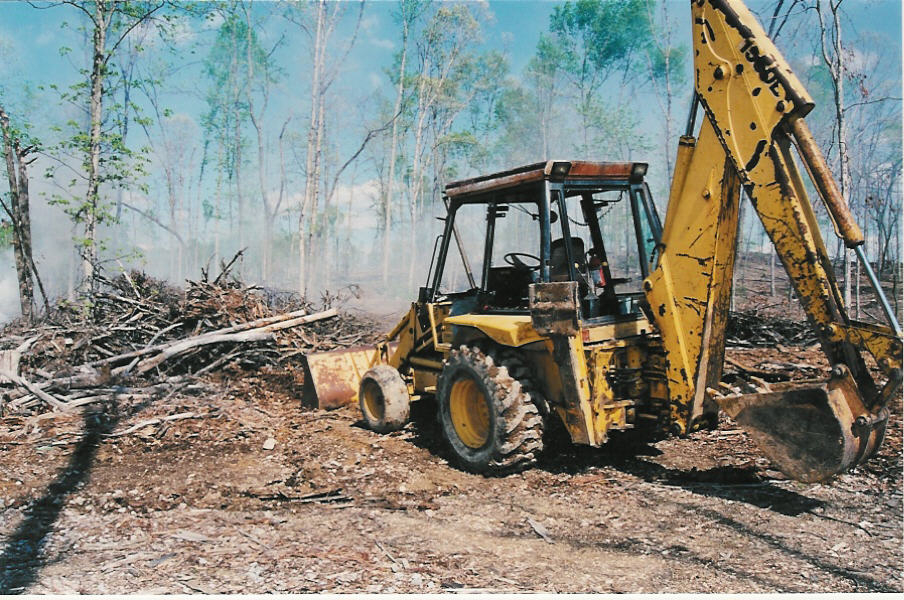 No permits nor approvals needed here. Just common sense..... I wait until I have a foot of snow on the ground before setting off my burn pile. Wildfires are just all too common in this neck of the woods.
Nov 24, 2022 / Burn piles #7

Just two weeks ago... I had a "large" (but nothing on the scale as above) burn pile. I usually burn in a dry-pond. It's a large depression in the ground, I have access to ALL sides with backhoe.

This was going to be my blow the leaves and cut the grass for last time day.... so I started this fire. Usually, I'm loitering around the fire to keep constant eye on it. I had leaves to blow and lawn to cut....AND the pond is essentially next to house so I can keep it in vision.

Except I really can't. Recall the comment about being in a depression? The fire itself is usually hidden from view because of being at a lower elevation.

Usually this is not an issue BUT, grass was dry. I was doodling in my yard and looked to monitor fire and I stopped..... quizzically looking at it. The column of smoke would normally be say, 10 feet wide. It's not 10 feet wide but maybe 50 feet wide.

Hit me immediately.... ran to backhoe, fired it up looked at field. Nothing was 'ablaze' but I probably had 100 foot "smolder" circle where the fire was burning the long/dry grass. So no 'flames' per se' but it was crawling AND heading to some slopes which would accelerate the spread.

I started using the front bucket to snuff the smolders out. Probably had 75% contained (some smolders would re-ignite to an active smolder but again, none of this was an "active" fire, you could stomp on it with your foot other than the big area to cover)

My wifes cousin happened to be leaving in truck, waived him down (he was with brother in law) so they both came over and stomped while I went home, filled two garden sprayers with water.

Got back and the flames were out but we moistened some of the smoking spots to be sure. Meanwhile, let the fire itself, keep burning.

That has never happened to me at this burn pit before....and the ONE time I "keep an eye on it" while being next door..... this happens.

Decided keeping the water in the garden sprayers will be a good idea from now on.
Nov 24, 2022 / Burn piles #8

I have a 28' concrete bin pad, as my burn pile foundation. Has always worked well. Far enough away from the corn fields, and out buildings. I HAVE had the concrete "pop" a couple times (blew out a 4" deep, 36" across section), which gave me a bit of a scare. My fires are usually large, and hot... No permits needed here either. Calm wind is the hardest thing to schedule.

A couple years ago, the SIL set his cut corn field ablaze, when his burn pile got out of control. Got to about 1/2 acre and he called for the fire dept. They showed up and were disapointed that it wasn't a big(ger) problem.

It's storming today with more storms expected on Saturday. I'm really wanting to buy some fencing on sale for Good Friday, and I have to go to my brothers farm to feed his cattle, but somehow, I really want to start my burn pile while it's so wet outside.
Nov 24, 2022 / Burn piles #10

We have to have 6" of snow on the ground to get a burn permit. Then call the county sheriffs dispatcher the day the pile is set on fire.