I have met Danielle Colby (American Pickers), Erik Estrada (Ponch from CHIPS), Doc Severinson (Band leader from Johnny Carson), One of Doc's daughters was in my High School graduating Class, his other kids were behind or ahead of me in school.
Jul 20, 2021 #12
M

Back in the day, I was at the Beverly Hills Hotel for a Board meeting. I went to the gym to run before dinner.

I’m running along on the treadmill when a guy gets on the one next to me and starts running. This gym has mirrors everywhere - including in front if the treadmills. We are the only 2 humans in the gym.

I look at him while running and decide I recognize him from somewhere. Can’t remember. 10 minutes later it dawns on me!

So, we run for about 30 minutes and he stops. I also stop.

We are just standing there toweling our faces so I say cleverly - “you’re Richard Gere”!

He looks at me and says “yes”.

He doesn’t walk away or anything. Just stands there looking at me. So, I say “can I ask a silly question“? He smiles and says “sure”.

I ask -“why in the world would you divorce Cindy Crawford”? (Now, keep in mind I had a huge crush on Cindy Crawford ever since the Pepsi Commercial days).

He starts laughing. Not a chuckle but a real laugh. Then he looks at me and says “for you, Cindy is the most beautiful woman in the world. And she is beautiful. But in Hollywood, there is always someone more beautiful. Always. Always. The temptation is irresistible”.

I say “can you introduce us”?

He says “nope” and walked to the showers.

Funny you bring this up when I have tickets to see Gee Watson in Greenville Tx next week. We were never pals but crossed paths many times growing up near Paris Tx. You knew Gene was around by the swarm of girls. In addition to injoying his music phrases,places and names in his songs bring back memories of growing up.
Employers usually ask what was your favorite job to which I said bell hop at the Sheraton-Dallas Hotel in mid 60s. Some people were so different in private you might fail to recconize them but a few projected the same persona making them hard to miss. Brother Dave Garner had his coon hound on a leash and spoke in the familar way that made him famous. Tex Ritter was one of my childhood heros and I almost went off to hide and cry when he came in with a young man barly out of his teens. The two spoke and behaved in a fashion that demonstrated effection and love for one another and the youngster came accross a bit feminine. That really bugged me until,,,,,,,,,I saw Three's Company and realized why Old Tex was so fond of his young sidekick. I was relived but ashamed of myself at the same time. That experience has alowed me to be a little less judgemental of folks.

I met Pete Rose in Vegas, he was scheduling a signing of autographs in a small sports clothing store. I was the only person in there besides the manager at the time. Pretty cool guy as he wanted to know what part of Wyoming I was from and he recognized it. He never stopped smiling.

Punkin Brown, works for the water dept. Hey hes got a following on snap chat.

Read it and weep! 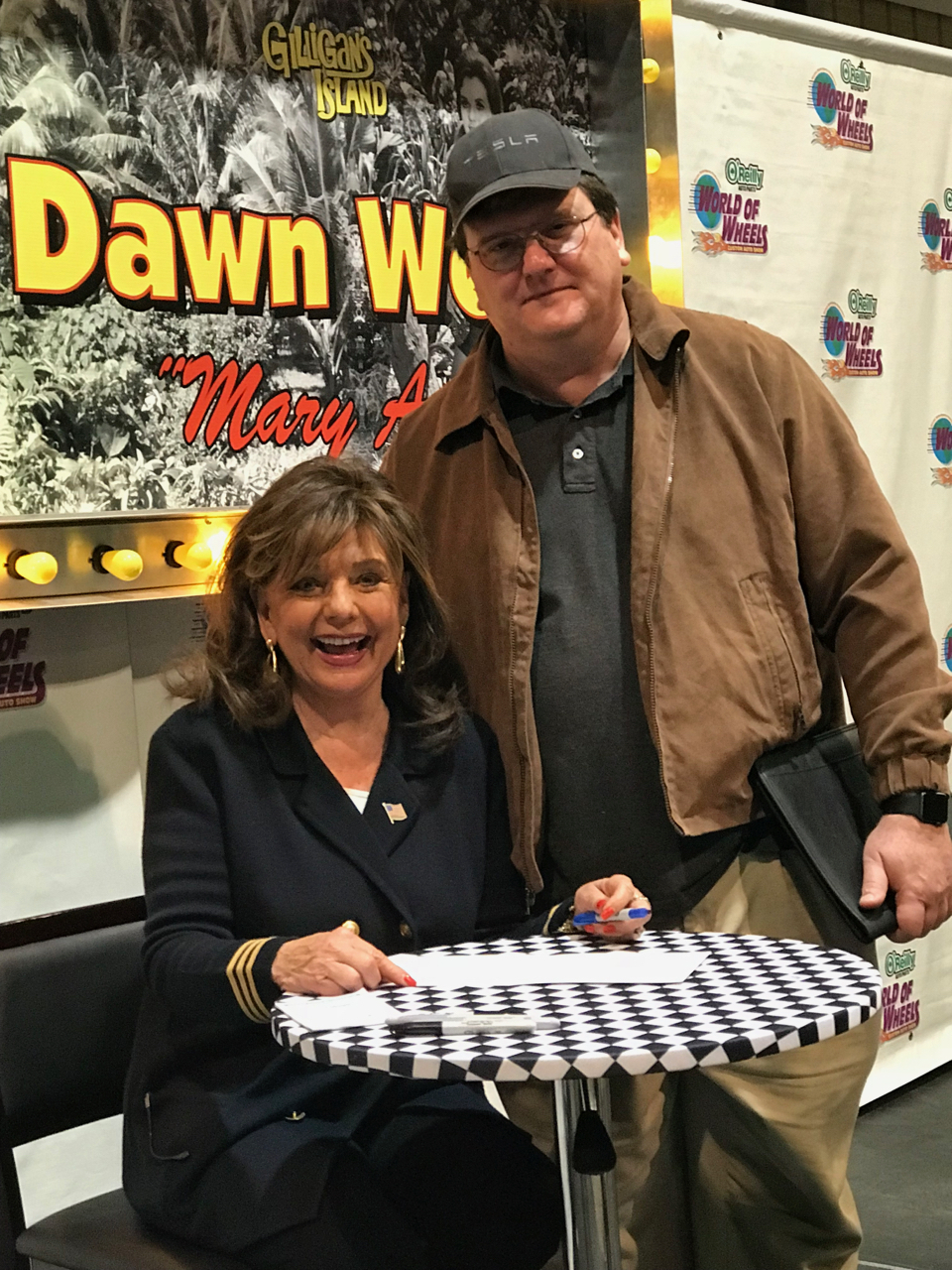 Had a nice chat with Neil Armstrong at a seminar in Hawaii and was also BS'ing with a guy waiting for a room to open the same location only to find out it Jean-Michel Cousteau. Also met Wally Schirra several times during Project Mercury at my Grandfathers home in Schirra's home town.
Jul 21, 2021 #19

Menagerie-Manor said:
Had a nice chat with Neil Armstrong at a seminar in Hawaii and was also BS'ing with a guy waiting for a room to open the same location only to find out it Jean-Michel Cousteau. Also met Wally Schirra several times during Project Mercury at my Grandfathers home in Schirra's home town.
Click to expand...

That reminded me I used to work for Owen Garriott when he was VP of Space Programs at TBE. Met weekly in his office.