The difference between cats and dogs... 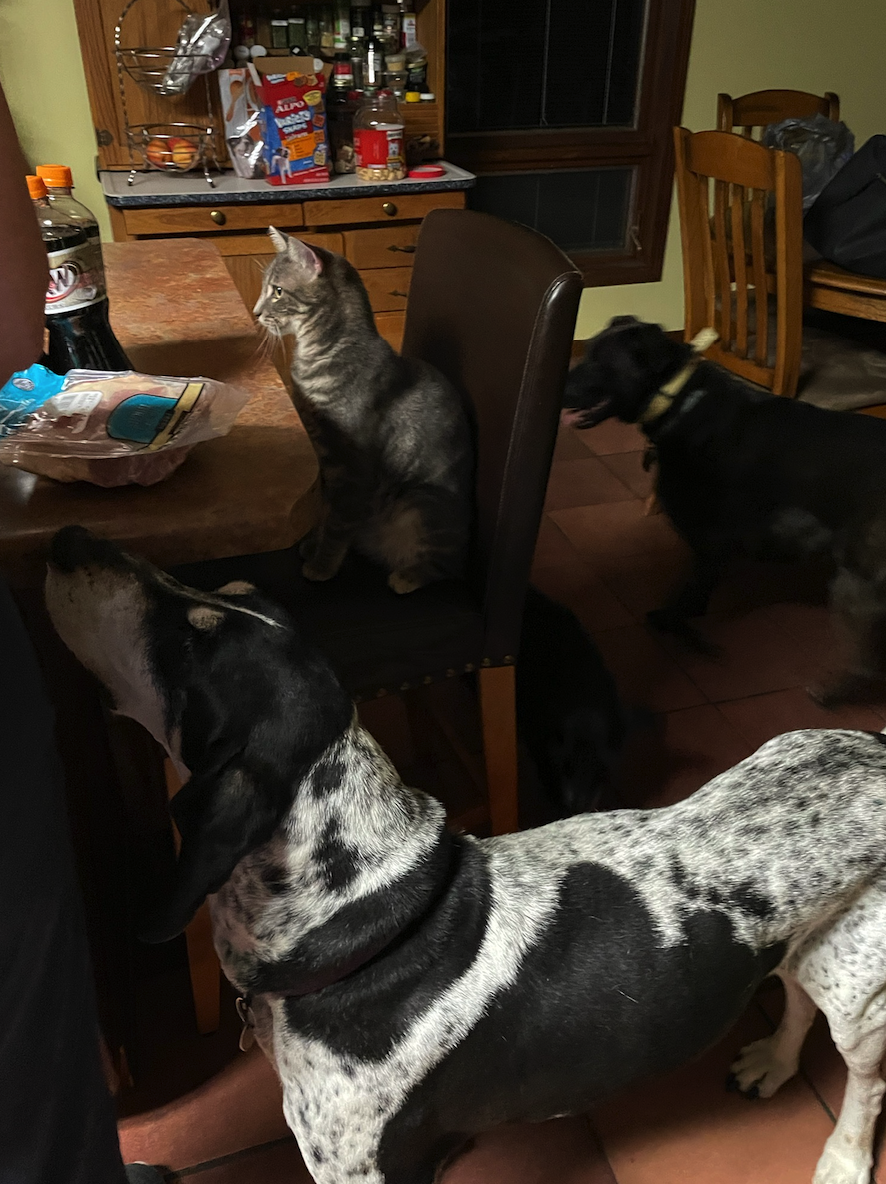 We found that cat as a little kitten on the road while walking. He's really kind of screwed up the cat/dog dynamics of the house because for the last 15 years, cats stay on their floor and the dogs stay on theirs (we found out the hard way after trying to get the first cat out of the fireplace 15 years ago). Cat is either very stupid or has gonads of steel. Thing is, if he's outside and the dogs go out, house rules are out apparently and he looks for a tree fast.
Jun 4, 2021 #3,493
C 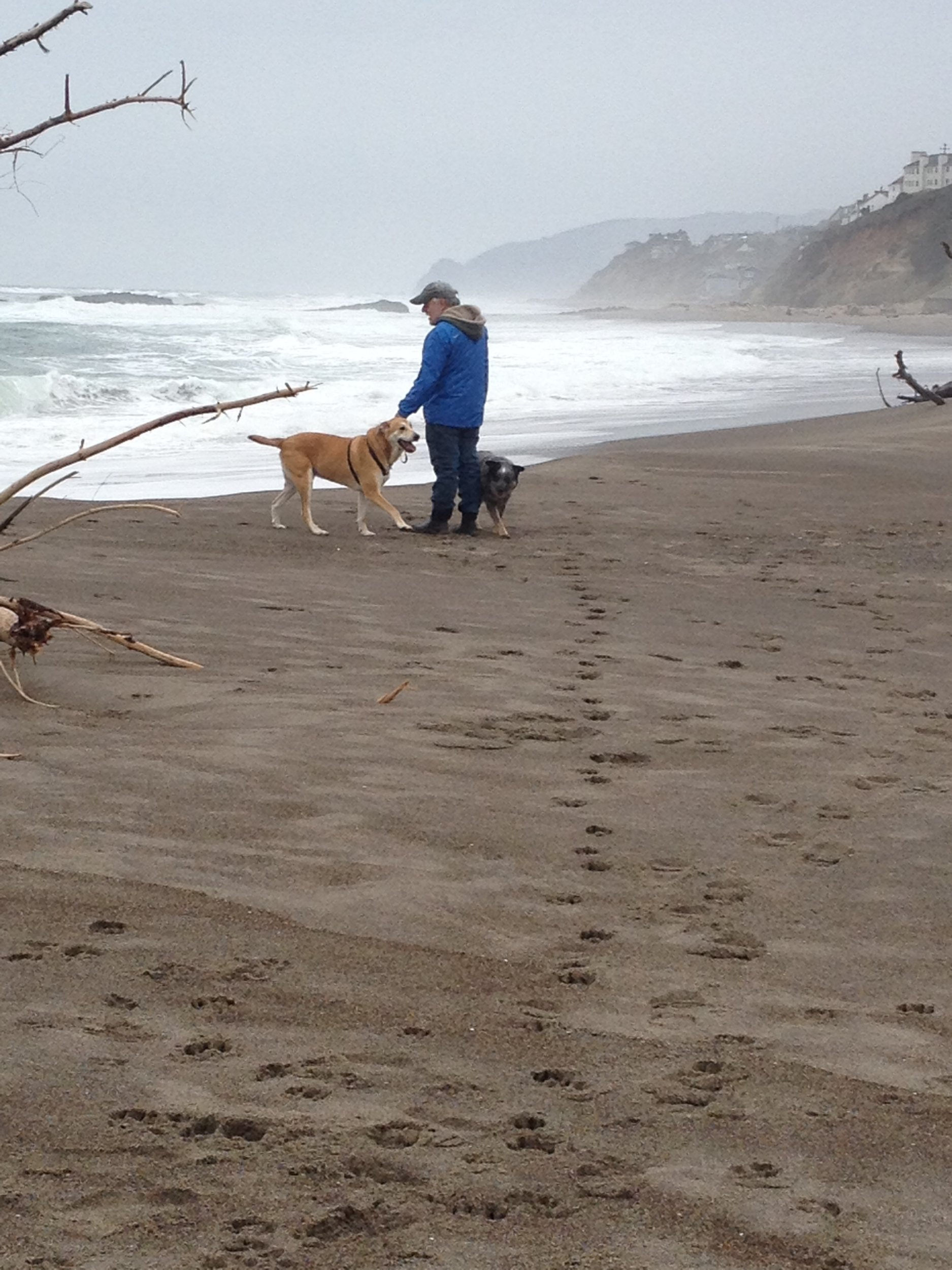 Pixguy said:
Long but worth it imo.


An old cowboy was riding his trusty horse followed by his faithful dog along an unfamiliar road. The cowboy was enjoying the new scenery, when he suddenly remembered dying, and realized the dog beside him had been dead for years, as had his horse. Confused, he wondered what was happening, and where the trail was leading them.
After a while, they came to a high, white stone wall that looked like fine marble. At the top of a long hill, it was broken by a tall arch topped by a golden letter "H" that glowed in the sunlight. Standing before it, he saw a magnificent gate in the arch that looked like mother-of-pearl, and the street that led to the gate looked like gold.
He rode toward the gate, and as he got closer, he saw a man at a desk to one side. Parched and tired out by his journey, he called out;
'Excuse me, where are we?'
'This is Heaven, sir,' the man answered.
'Wow! Would you happen to have some water?' the man asked.
'Of course, sir. Come right in, and I'll have some ice water brought right up.'
As the gate began to open, the cowboy asked 'Can I bring my partners, too?'
'I'm sorry, sir, but we don't accept pets.'
The cowboy thought for a moment, then turned back to the road and continued riding, his dog trotting by his side.
After another long ride, at the top of another hill, he came to a dirt road leading through a ranch gate that looked as if it had never been closed. As he approached the gate, he saw a man inside, leaning against a tree and reading a book.
'Excuse me,' he called to the man. 'Do you have any water?'
'Sure, there's a pump right over there. Help yourself.'
'How about my friends here?' the traveler gestured to the dog and his horse.
'Of course! They look thirsty, too,' said the man.
The trio went through the gate, and sure enough, there was an old-fashioned hand pump with buckets beside it. The traveler filled a cup and the buckets with wonderfully cool water and took a long drink, as did his horse and dog.
When they were full, he walked back to the man who was still standing by the tree;
'What do you call this place?' the traveler asked.
'This is Heaven,' he answered.
'That's confusing,' the traveler said. 'The man down the road said that was Heaven, too.'
'Oh, you mean the place with the glitzy, gold street and fake pearly gates? That's hell.'
'Doesn't it make you angry when they use your name like that?'
'Not at all. Actually, we're happy they screen out the folks who would leave their best friends behind...'
Click to expand...

One of the best Twilight Zones episodes. 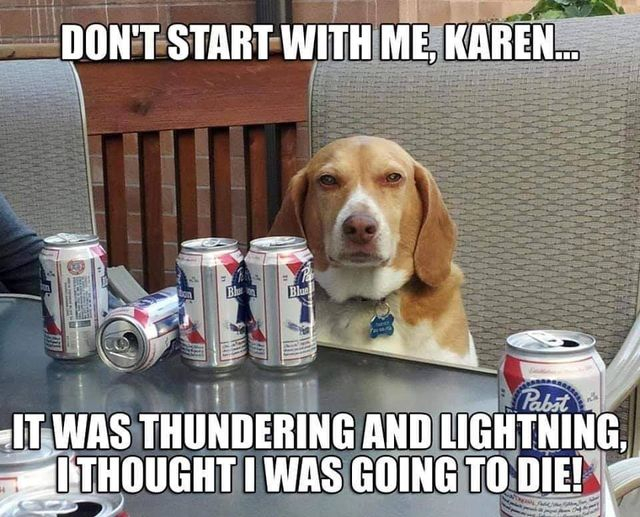 Matsu right after coming home from a show. He hasn't had enough time to get dirty yet. 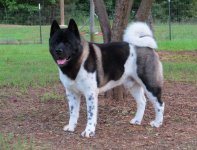 Kenshi is one of Matsu's daughters. She will be 16 months old on the 19th. She isn't show quality, but we consider her to be very important in keeping the others in shape. She wants to play all the time, and she never tires out!!! Kind of a personal trainer for Matsu. 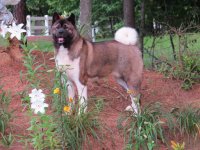 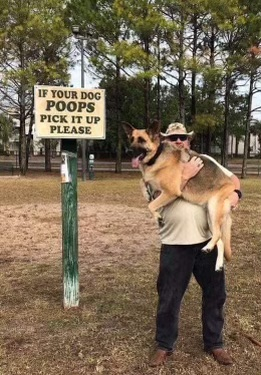