I was baking when light rain came from nowhere. Lasted five minutes, light rain. Baled a few bales before I stopped. Question is if hay plant is dry through how does light rain effect it. Not quality but danger of heating?
Aug 18, 2022 / Dry hay rain #2
L

Depends on what the moisture is IMO anything above 15% is pushing it down here, once you roll it or bale it the moisture is going to go up and then usually level off after a couple of days unless it was real high when baled and then it may go through a heat for weeks, that's usually the type that get's above 150-170 degrees inside and can burn a barn down. Do you have a moisture meter?
Aug 18, 2022 / Dry hay rain #3
OP
G

I have moisture meter, readings 12 to 20 percent a day after baling. If the hay was dry and light rain covered the outside is it possible to dry after baling?
Aug 18, 2022 / Dry hay rain #4

Somebody correct me if I’m wrong, but I think drying after baling would be limited to just the exposed exterior of the bale…and that’s if every bale had most sides exposed to air and sun. Once stacked, I’d be surprised if the interior of an interior bale in the stack can shed much moisture.

I believe another factor is how much did you loosen up the baler / bale strings when the hay dampened up. I’m under the impression (true or not) that a tighter moist bale will heat more than a looser one.

I believe mold in the hay, where flakes will get a white growth, might also be something you have to watch for. 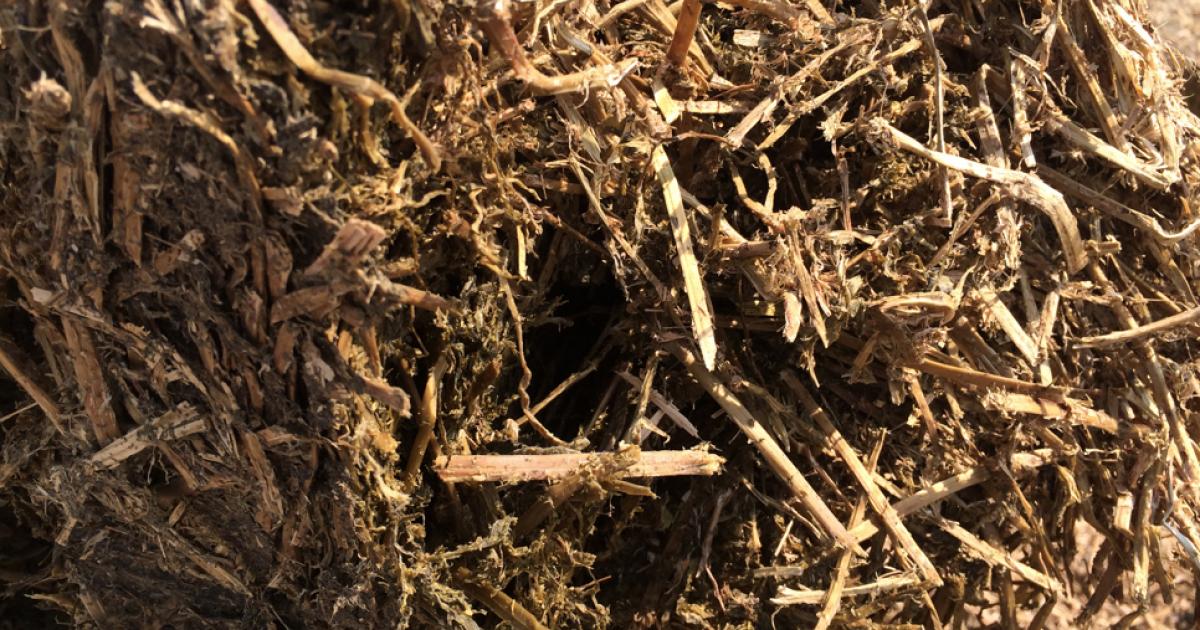 there’s not much you can do about it now that it’s bailed. Leave it set in the field for a few days and check the moisture again. If it’s dried out you can go ahead and store it. You could also get a thermometer to check the temperature deeper in the bale. And this would give you an idea of what was going on.

The next time something like that rain happens to you stop and wait for the moisture to dry before you bale any more.
Aug 18, 2022 / Dry hay rain #6
L

All those bales that are 12-16% in the barn are golden, the others aren't ruined they just might be cow hay instead of horse quality. 20% moisture the day after baling isn't going to build up enough heat to burn a barn down , probably going to be less than 115 degrees in the core, I baled some the other day and had to push it due to rain coming that tested 15-16% in the field, the next day when I was putting it in the barn it was going thru it's heat and some were 24% and 114 degrees, I will sell it for cow hay instead of horse hay for about $20.00 less per roll.
Aug 18, 2022 / Dry hay rain #7
OP
G

There’s a significant difference between moisture from rain or dew and moisture from within the stem.
Stem moisture is where there’s more danger of fire if it’s over 25% and dust or mold if it’s 15-20%.

A little 5 min light rain on otherwise dry hay thats ready to bale shouldn’t give any problems. Just don’t bury those bales under a lot of bales and store them in a tight barn.

In fact, when making feed hay, I like to see a little morning dew rolled right into the bale and long as the stem moisture is gone. Makes some beautiful hay.

If small squares we used to spread a little salt over the bales that felt heavy and let them sit under roof for a few days. Never had mold or fire issue but also used our heads on if bale felt real heavy feed it right away or bust it open and spread it out. With small squares you should be able to feel heat with hands.
Aug 18, 2022 / Dry hay rain #10
H

Leave it on the wagon or trailer under shelter. Monitor the temperature. if it gets too hot pull the wagon from the shed and call the fire department before handling the bales. If you were at the danger point, allowing fresh air to a hot spot could cause it to flame up. If it flames in a shed or barn ... well you can figure what you'll lose. That's why having the FD there with a hose is insurance.
You must log in or register to reply here.
Share:
Facebook Twitter Reddit Pinterest Tumblr WhatsApp Email Share Link