5030 said:
One thing I am curious about Jim and that is, how do you initiate the wrap cycle with no in cab control?
Click to expand...

Sounds like the long gone NH 458 I had years ago. The only thing in the cab was a box with a light on it and a buzzer and toggle switch. When you had a full bale the light illuminated and the buzzer sounded and you had the toggle the twine arms manually watching the wrap indicator that was affixed to the bailer frame with a pointer that showed the position of the arms.

5030 said:
They don't. What I am saying is, I can twine wrap and then over wrap with net via the monitor. Just a matter of switching from manual actuated twine to auto wrap with net. I don't particularly like twine anyway. The wrap cycle is way too long versus net. Twine is about a minute whereas net is about 30 seconds per bale. My customer prefers net and so do I. If I was running wheat straw (which I don't) I would to keep the bales from falling apart while rotating in the bale chamber.
Click to expand...

If you don't like using twine then why are mentioning something that sounds like a waste of twine & TIME? I stand by my statement that there is no way on Earth applying twine to wheat straw will save more Wheat stalks than just netwrapping the bale & FORGETTING ABOUT TWINE
Aug 29, 2022 / JD 385 baler #23
P

Kind of related to round bales if you like using horses. Many years ago as a just out of school kind starting my welding career my step-dad farmed but also had a love for his draft horses. He would harness and un harness them twice a day just to feed his cows the round bails he made. He had me weld up a tricycle gear round vale feeding machine. In short a C frame he would back into a bale with, crank up the inter frame until it was at the center of the bale, jump off and push a about 2.5 ft pin into each side of the bale. The bales were laying on their side. Jump back up on the wood platform and crank the hand winch behind him until the bale was off the ground and drive his team out to the cows. This is in the Canadian winter. Turn and cut the twine and put it in a pail on the deck, lower the bale with the winch and drive the team. The bale would unroll and he could feed as much or as little of the bale as needed by j 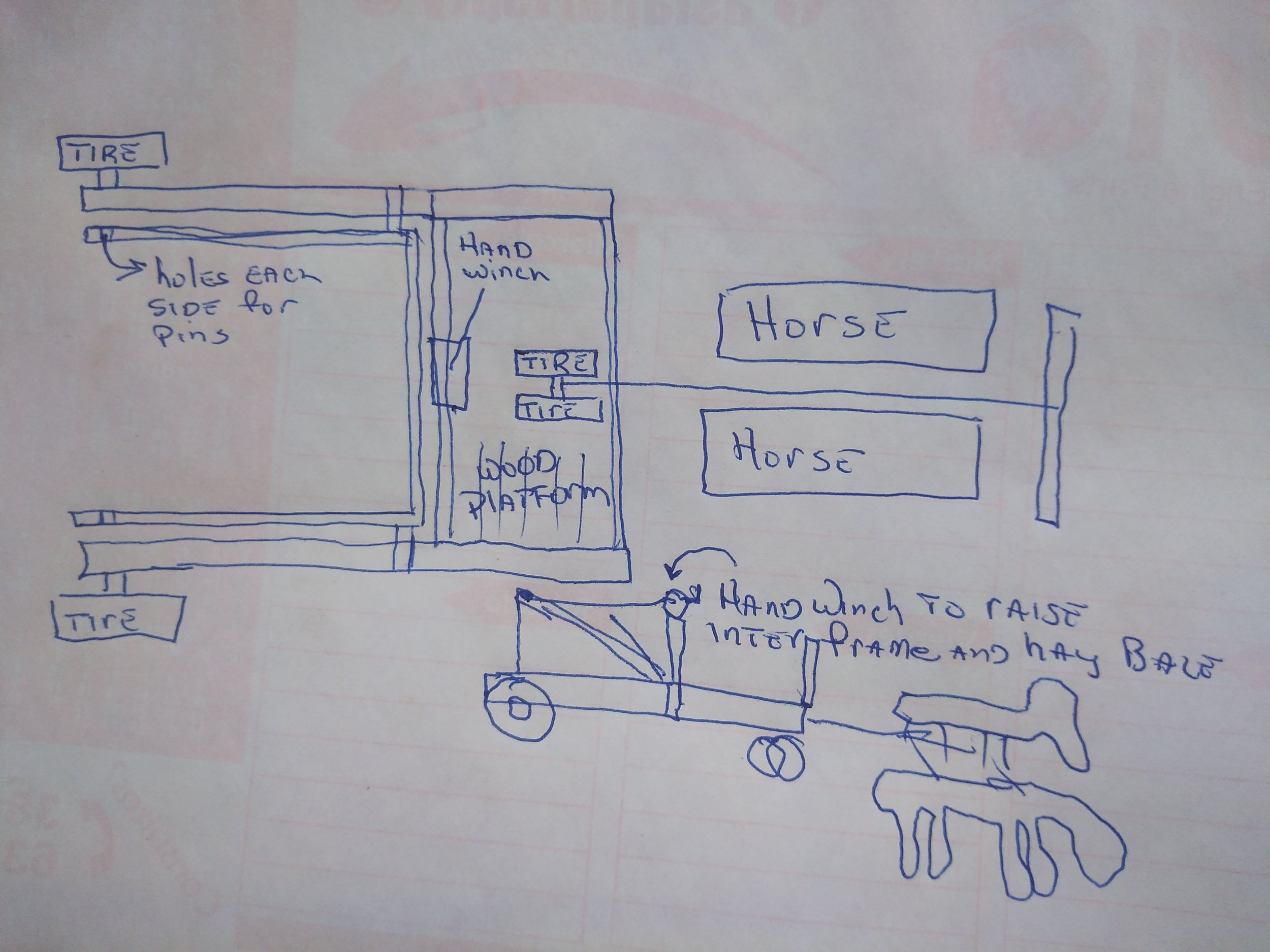 ust cutting it if not using the whole bail. I think the double front tire setup came of one of those tractors that had front tires close together, I am thinking row crop tractor. The tires were hooked to the pole the horses were hooked to so they would steer. Never posted a photo before hope it works
You must log in or register to reply here.
Share:
Facebook Twitter Reddit Pinterest Tumblr WhatsApp Email Share Link