Some people are born knowing everything about hydraulics. It is not part of my DNA.

Out clearing more fields on my 35 acres...had just dumped a grapple full of limbs on top of one of my large brush piles...FEL raised to the max.

Seemingly without cause, the FEL could be lowered as normal, but it would no longer raise.

Grapple would still curl and uncurl as normal. Grapple function would still open and close as normal. No visible hydraulic fluid leaks or visible damage to any of the FEL cylinders.

Trying to raise the lift put a load on the engine, similar to when holding a valve past the max open or close position.

So quick - make a run for the barn while the FEL is still partially off the ground!!!

Logic indicated the tractor hydraulic pump was still working since curl/uncurl and the grapple open/close were still functional.

It might be the main valve at the joystick controlling the lift function...???

It might be hydraulic plumbing on the lift circuit...???

After the swap, the curl function continued to work as normal...lift was still not functional.

So, this confirmed the original lift valve as still being good, since the curl function was working using this valve.

But the lift was still not working.

Earlier, I happened to have read a random post on TBN, where someone found a bad QDC...it was blocking flow...hmmm

So that's easy enough to check! I returned the QDCs back to their original ports.

Then I unscrewed one of the QDC female connectors from the curl side and moved it to the lift hose and the female QDC connector from the lift side was physically swapped to the curl hose...and then retested.

After the first swap, curl still worked...lift still did not work.

Unscrewed and swapped second set of female QDC connectors between curl and lift...

It took all of 15 minutes...prevented a Kubota service call...and cost less than 20 bucks for the new QDC connector at AJ's...

And I received my Hydraulics Graduation Certificate! I've been just barely promoted from Kindergarten to First Grade...Life is good!

Just wanted to write this down...so maybe it can be bread crumbs for someone else to consider while they stare at their own tractor scratching their head and are saying "Now what do I do???"...)

In the 1st photo, at least on my MX6000, the "white" and "yellow" tagged QDCs are the pair for lift. They are the pair closest to the engine hood.

The "blue" and "orange" QDCs are the pair for curl.

The QDC tagged with the yellow cap was bad...

The pairing is not intuitive on first glance, based on how the QDC ports are physically layed out.

On the second photo, the valve slice with the longer adapter identifies the one used for lift (related to having the float function when using lift).

This may help someone in the future with identifying which valve is for lift and which is for curl. 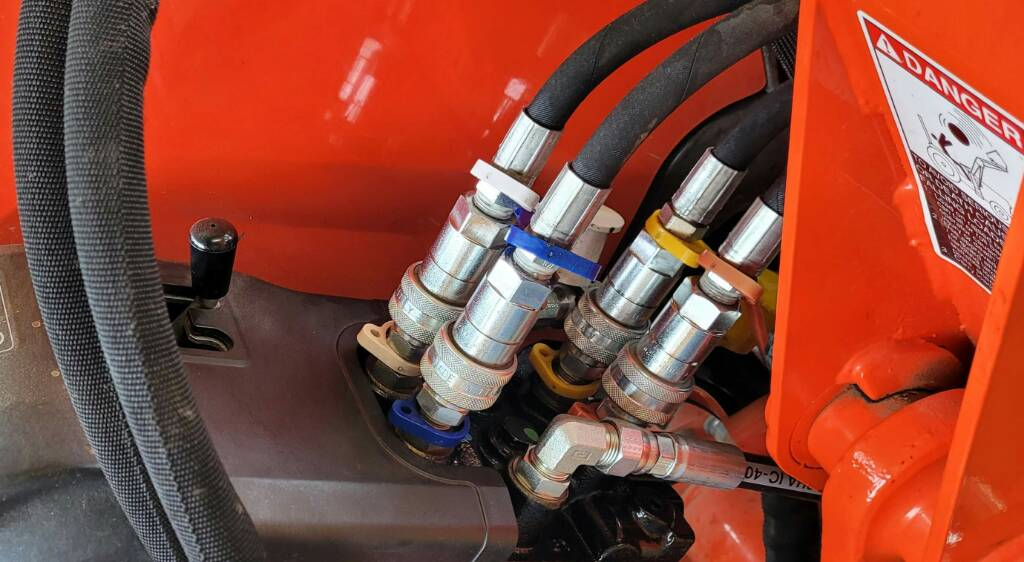 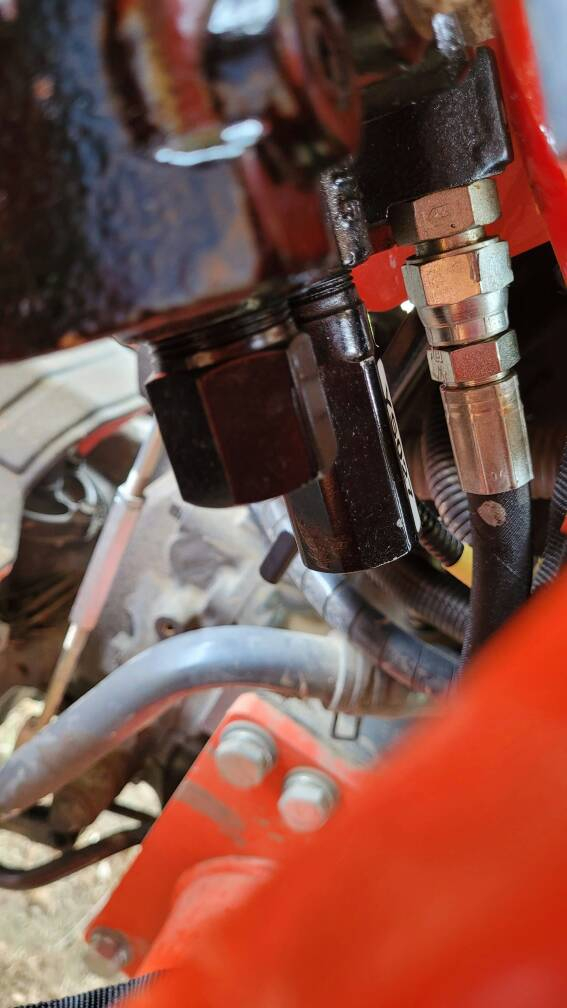 Thanks for taking the time to post your process.

I, too, am not well versed on this stuff and it helps.

Glad you found the problem, I recall one time a man wanted me to look at his tractor because the fel would only lift two feet, I found about 1/4 spoon of water in a quick connect hose. I am amazed how much I forget the older I get.
Jun 17, 2021 #4

I will DEFINITELY remember your post BackRoad. Hydraulics are a form of black magic to me also.
Jun 17, 2021 #5

Would QDC issues also result in a real slow curl?

Bucket raise and lower is normal but curl is quite slow.
Click to expand...

Not suggesting that every issue is related to a bad QDC, but rather, a basic component like a QDC might go bad, and to consider your situation to determine if you can easily isolate the cause, or at least narrow down the root issue.

Might start by looking at your tractor's configuration to see if you can identify the individual components associated for each of the lift and curl circuits.

Look closely at all your curl lines and connections. You might have something as simple as a bent hydraulic connector affecting your curl circuit.

I had (2) original 90 degree couplings that were bent to be more like 135 degrees, not fully blocking, but likely restricting flow (I've taken down over 100 trees and moved lots of slash and logs, so lots of opportunities for that to have happened, and they could have been that way for a while).

Although not my root issue, by looking closely at every connection, I found and replaced them as part of the investigation.

Many tractors use QDCs to allow quick removal of the FEL, which helps when attempting to troubleshoot an issue, but you need to get a sense of which fittings and hoses are associated with each function on your tractor.

The key is you have a good working circuit...in your case, the lift is working normal, so your pump is good, you have a proven good valve and set of working QDCs and hoses.

Logically, the goal is to determine if you can use any of the good components from the lift circuit to try isolating what is affecting your curl circuit performance.

Thank you for that. I just didn’t think slightly crimped lines would make it roll slow but in following it I do notice indentations.

SouthernSky said:
Thank you for that. I just didn’t think slightly crimped lines would make it roll slow but in following it I do notice indentations.

I might temp in a hose and see if it makes a difference. Thanks for the idea!
Click to expand...