My father has fallen and can't get up

Unfortunately, my father, being a bit up there in the years, he fell. My mother called 911 and he went to the hospital, where he was diagnosed with a broken femur, stayed for a week in the hospital, and now is in a long term rehab center. His expected rehab time is 6 weeks, of which he does not wish to stay in the LTC center.

One of the primary concerns of him coming home by my mother was going to the bathroom, of which he does frequently. However, the only bathrooms are on the second floor with the bedrooms, and with him being unable to walk, let alone climb stairs.

So my mother has decided she wants a first floor bathroom. Me being me, I decided not to half-ass it. Whole ass or no ass at all. So I roughed a sketch that would take up a small portion of her back porch, an addition to the sun room off the back of the house, approximately 9' wide by 16' long.

Going to do pocket doors so someone can't fall against it blocking the door, walk in shower, handicap accessible toilet, sink, as well as new laundry facilities since the room is big enough.

First step was to get all the bricks up from the back porch. I saved them for use in future projects. Then busted up all the concrete under it and got it out. Dug out the footers, poured concrete with rebar. Set up forms for the main floor. Did insulation, will want to match the continuous exterior stucco wall.

Picked up plumbing stuff for the drains and will do the plumbing tomorrow, then to the steel shop for the rebar on monday. 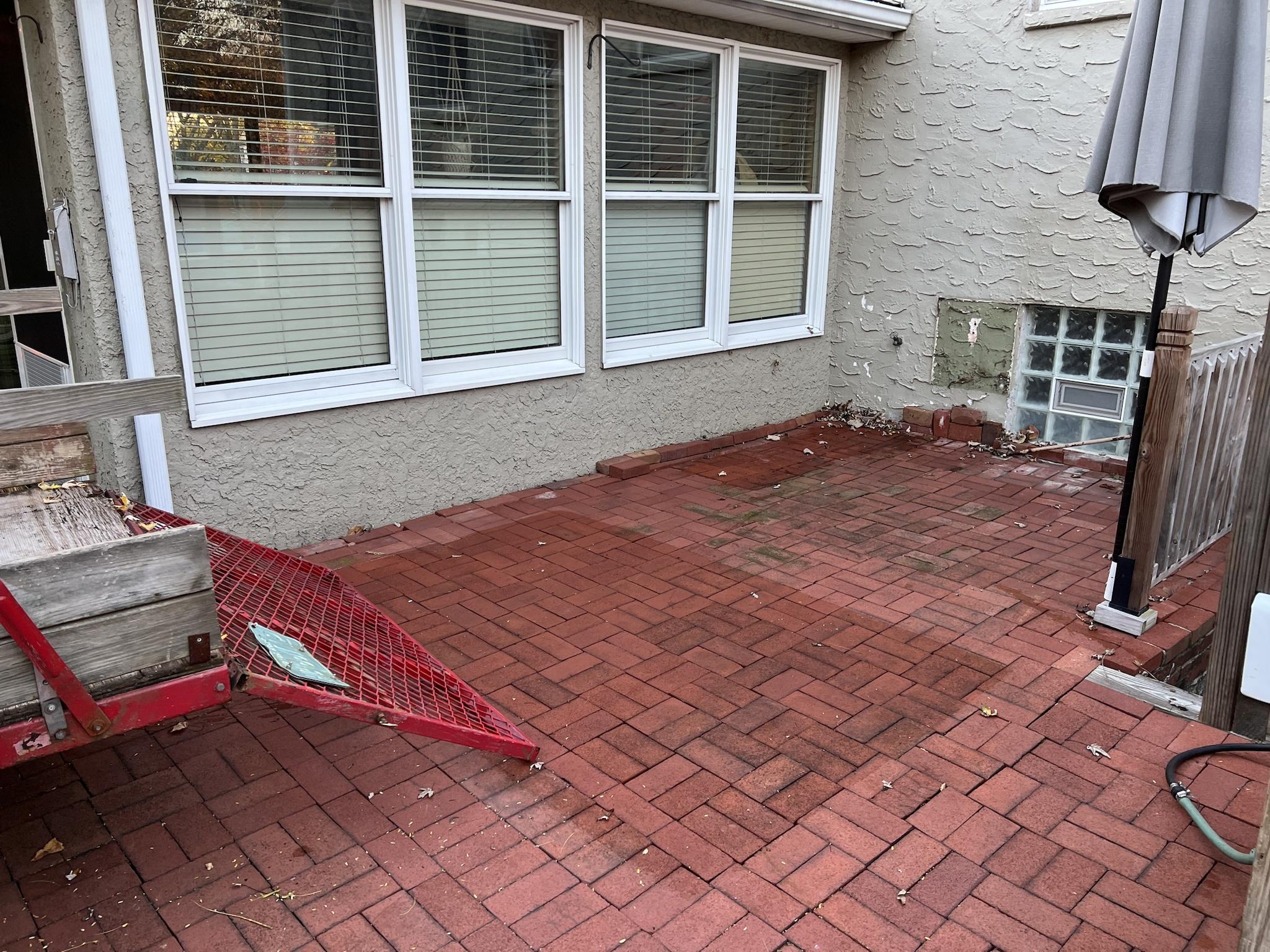 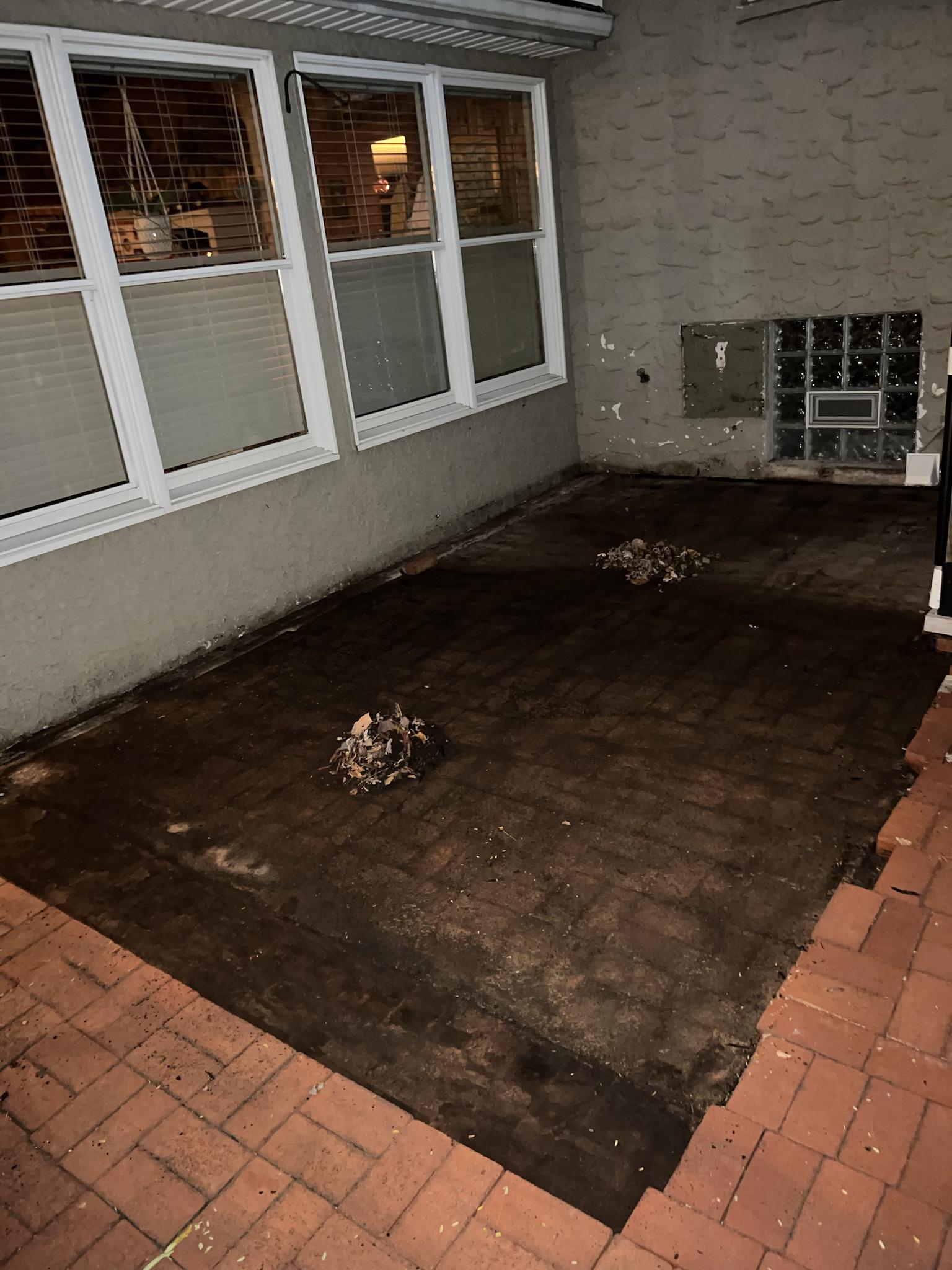 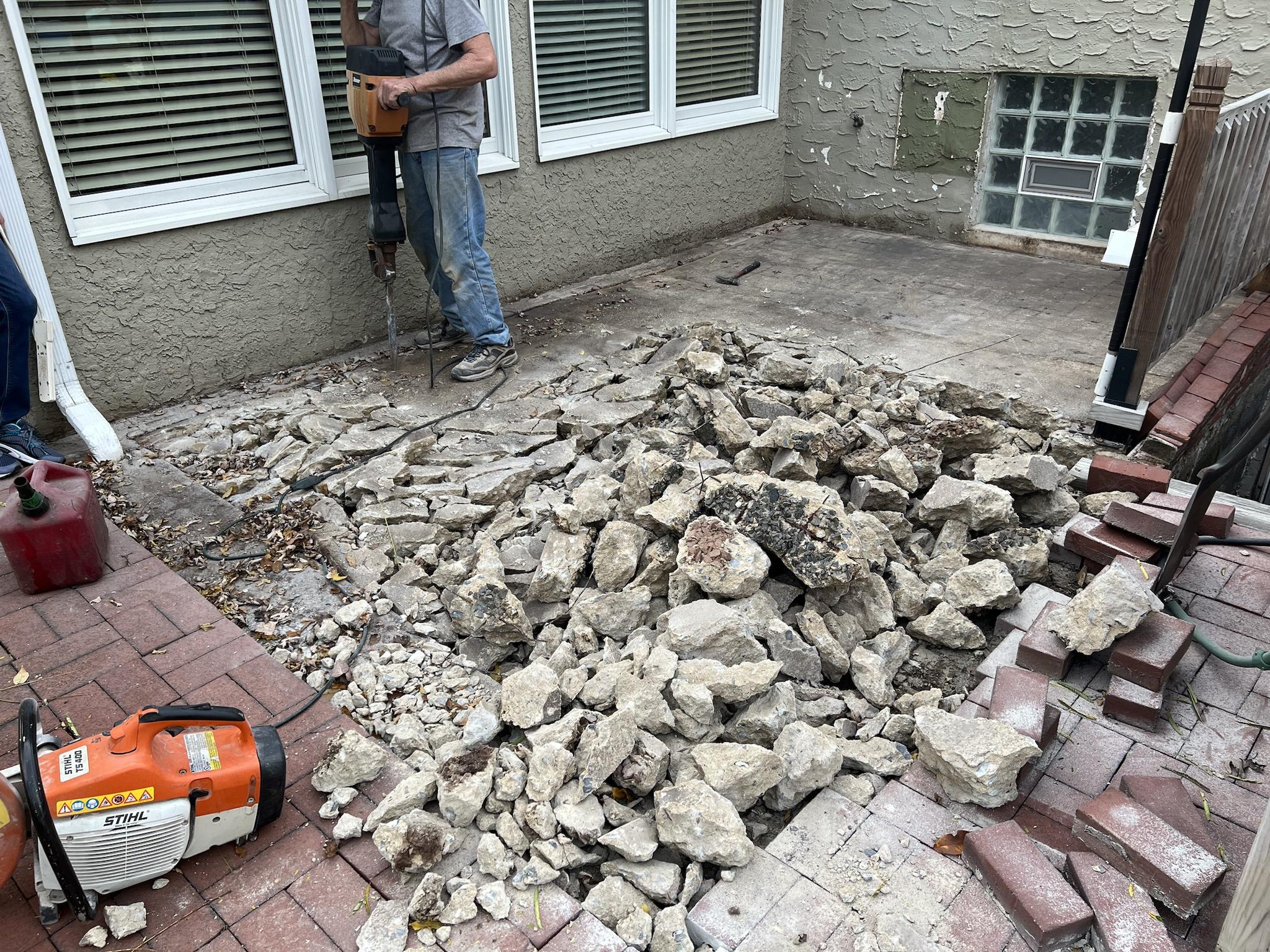 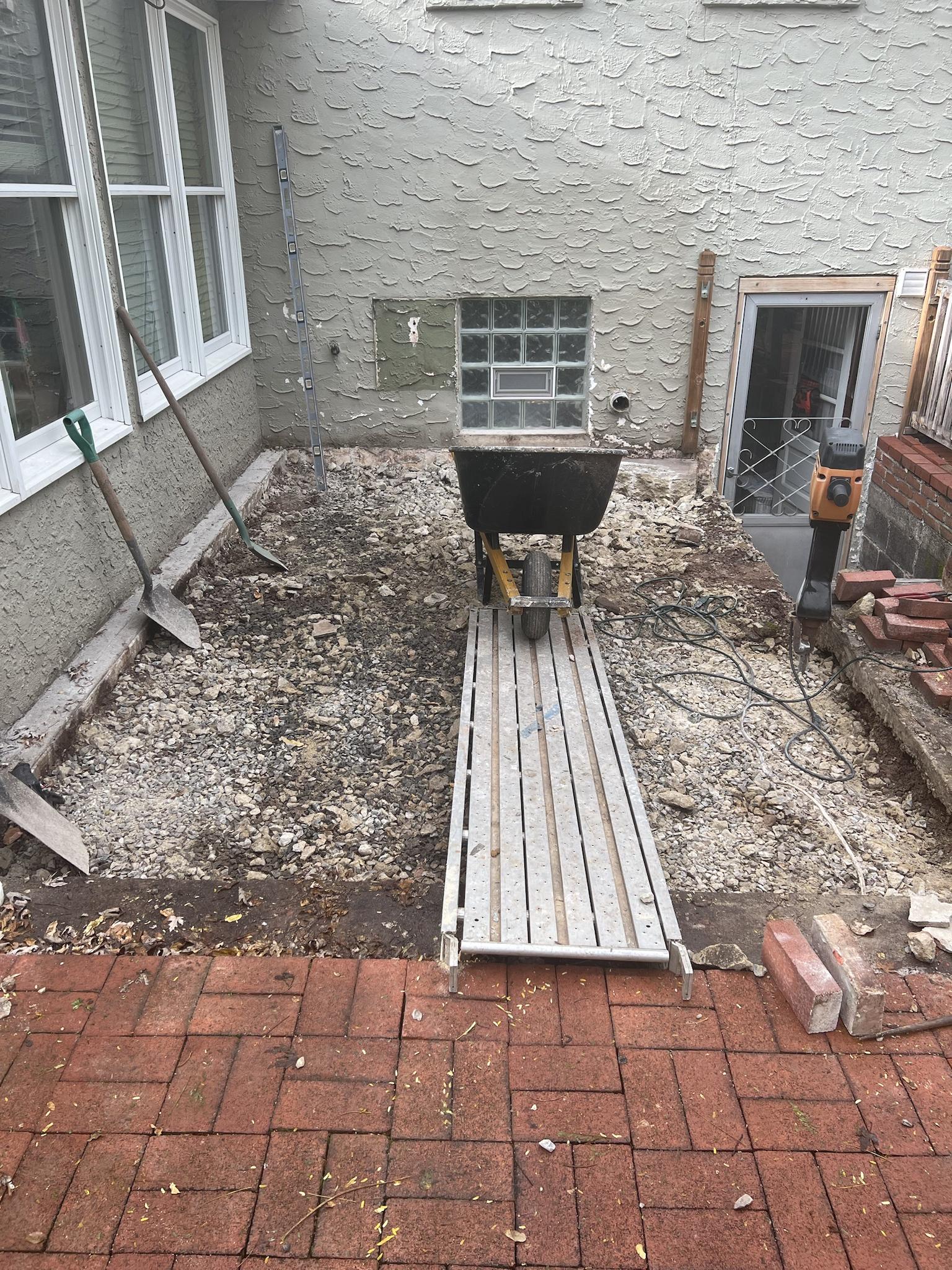 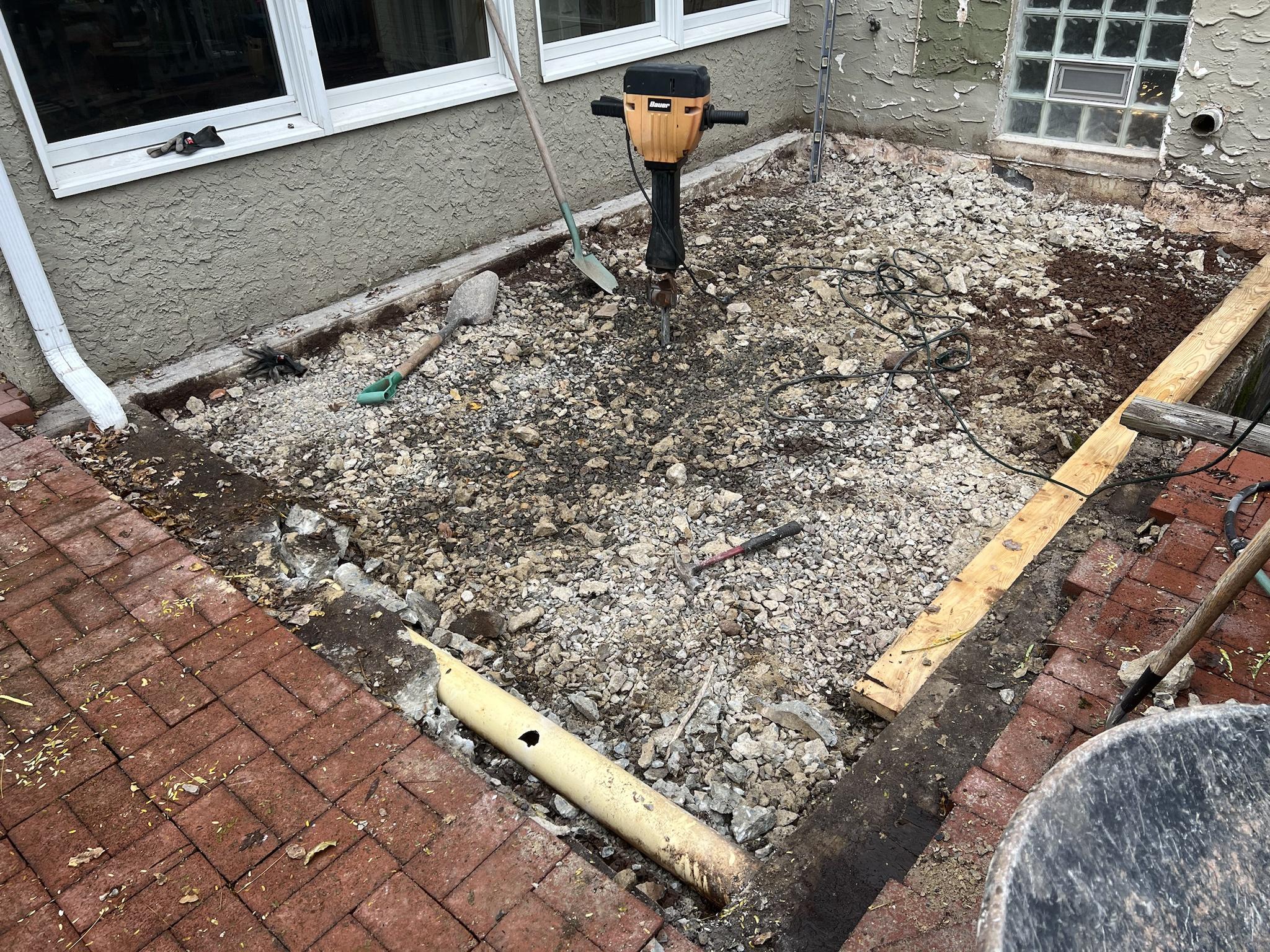 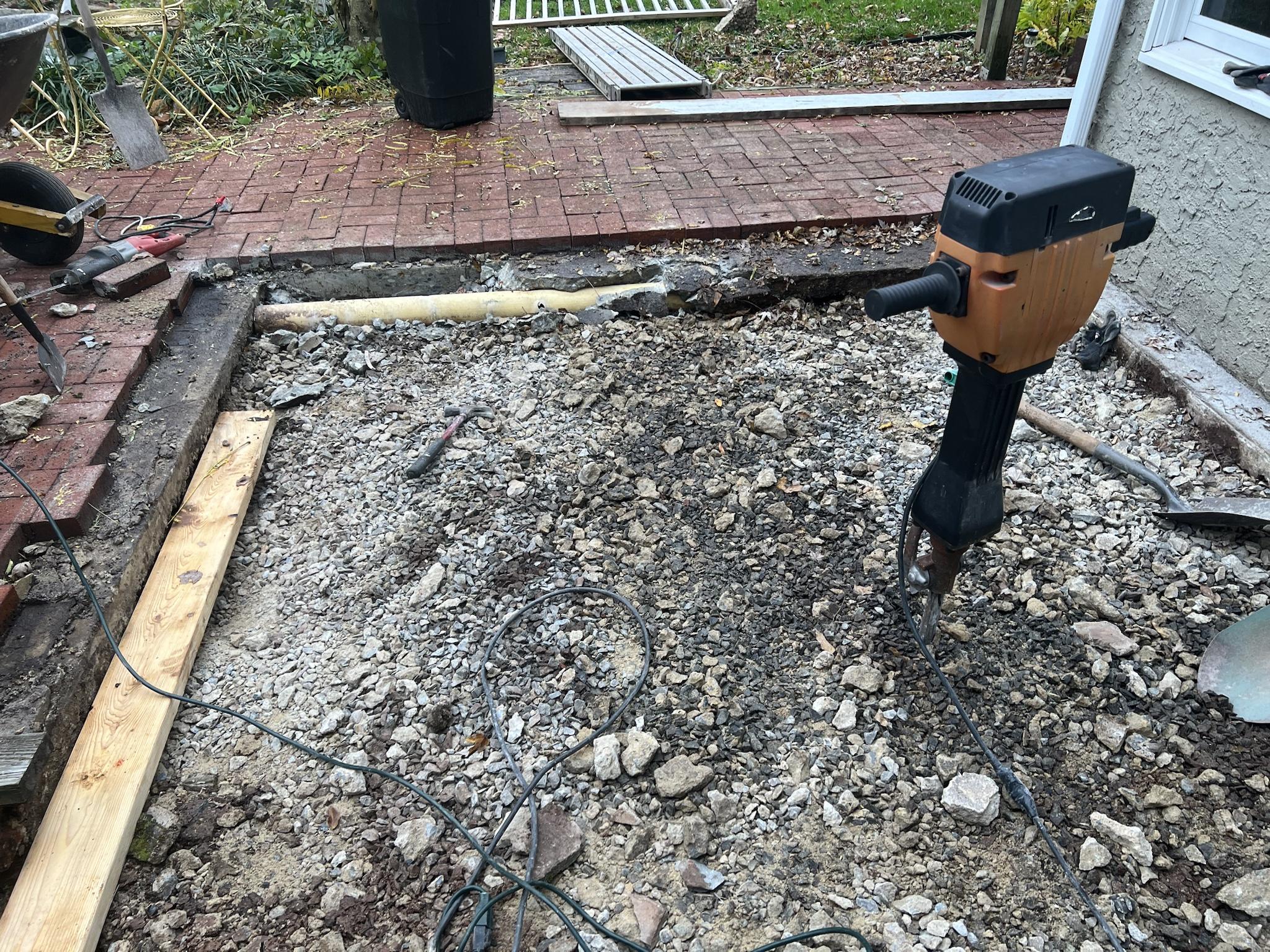 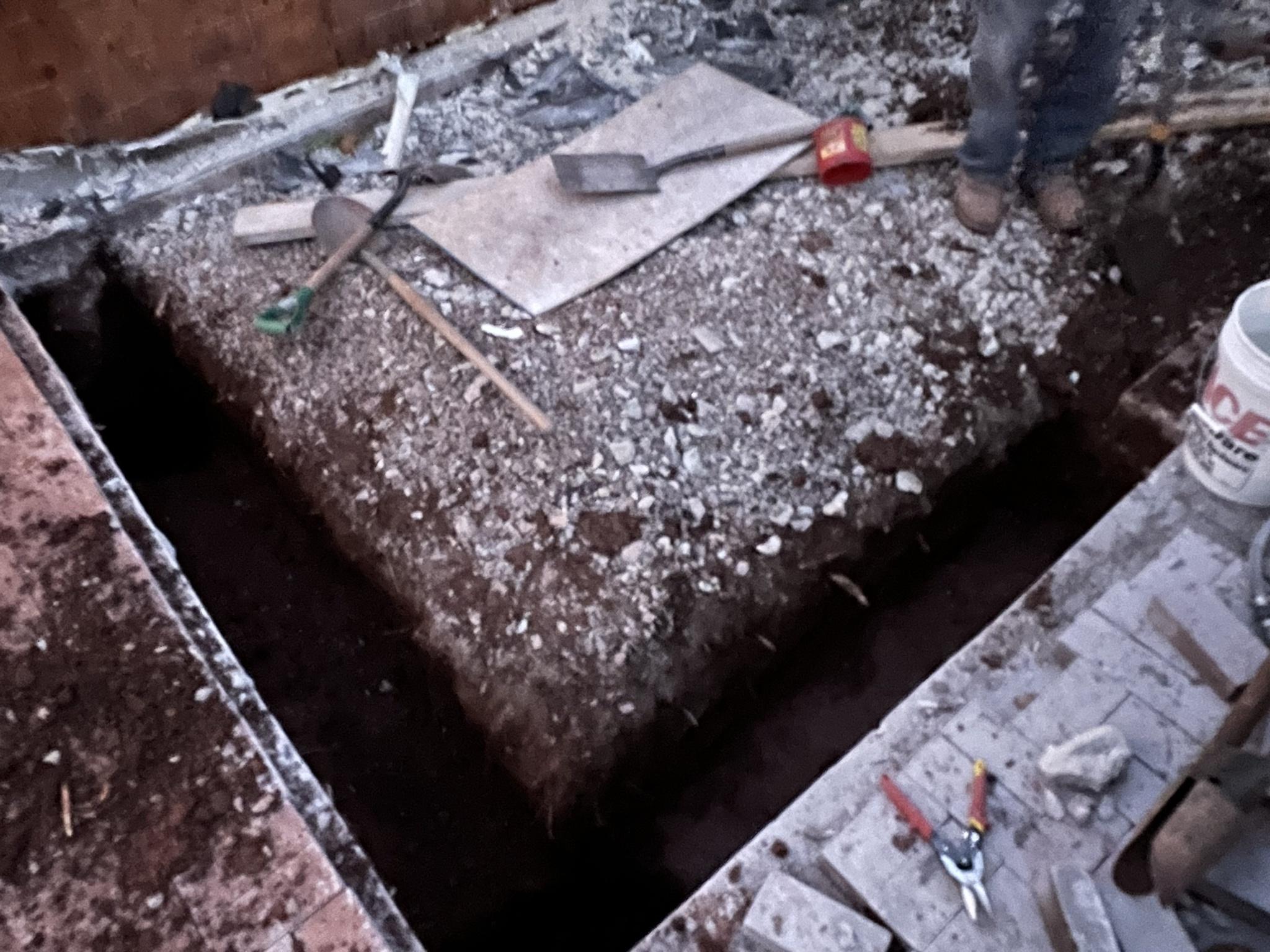 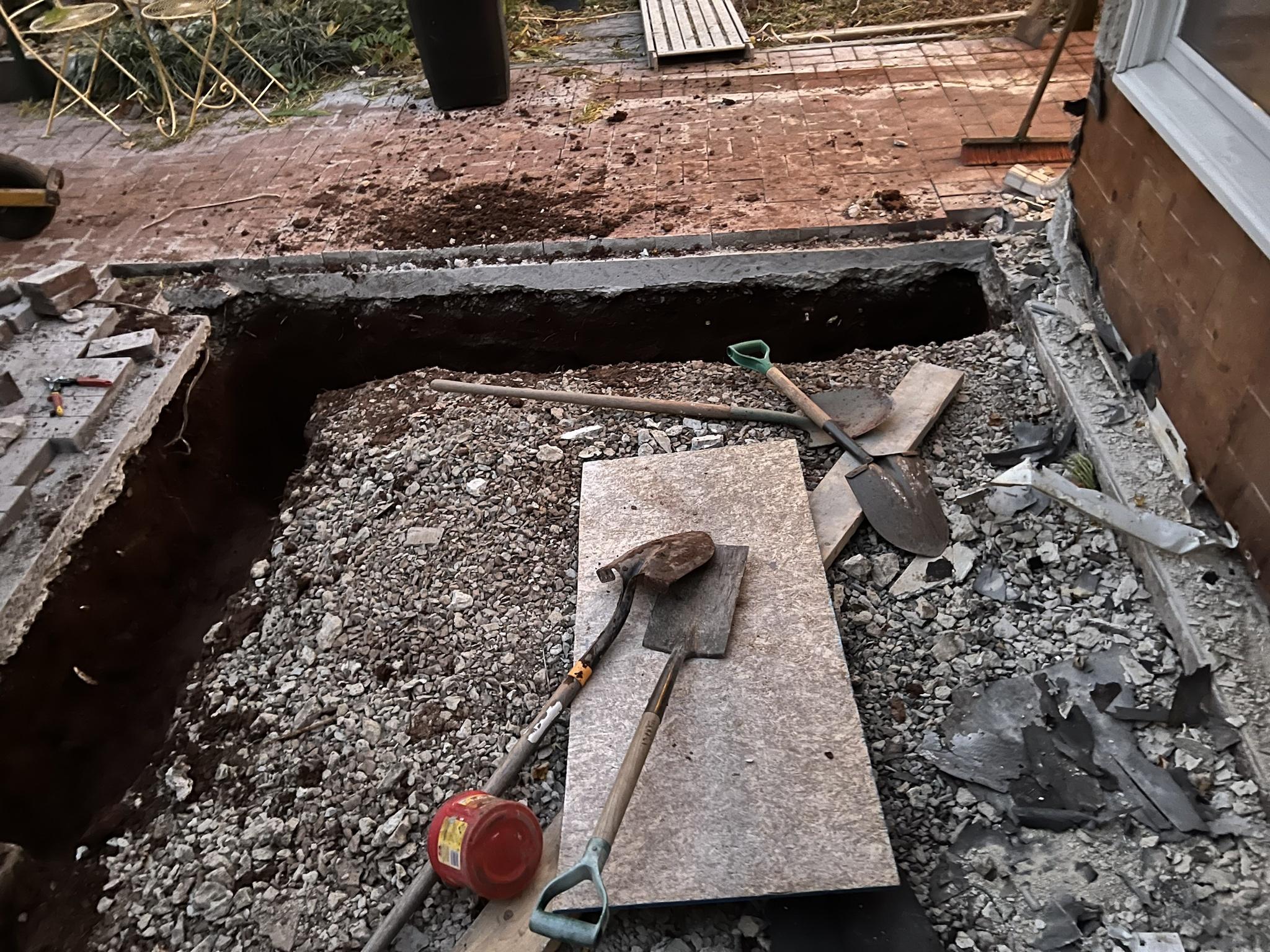 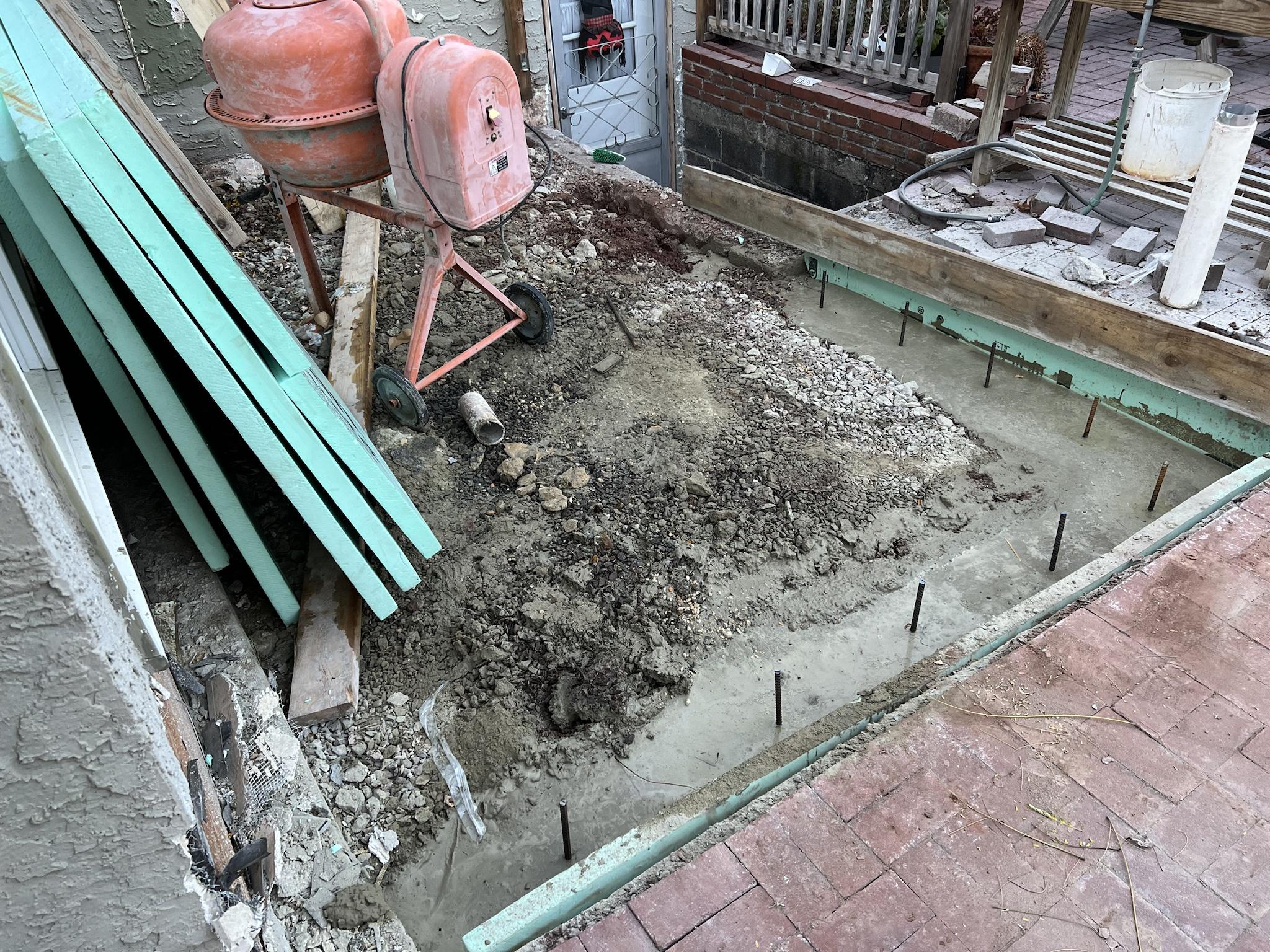 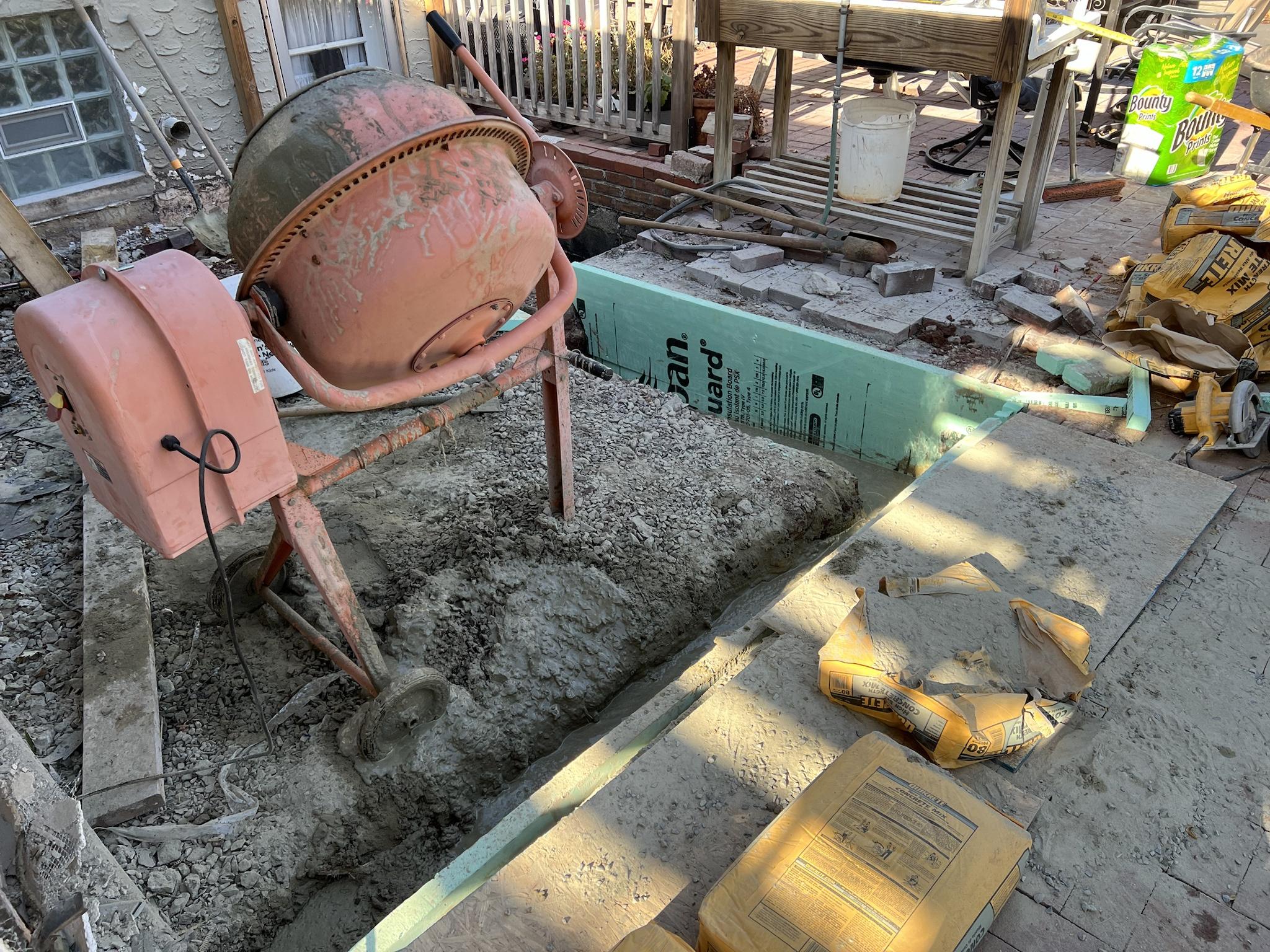 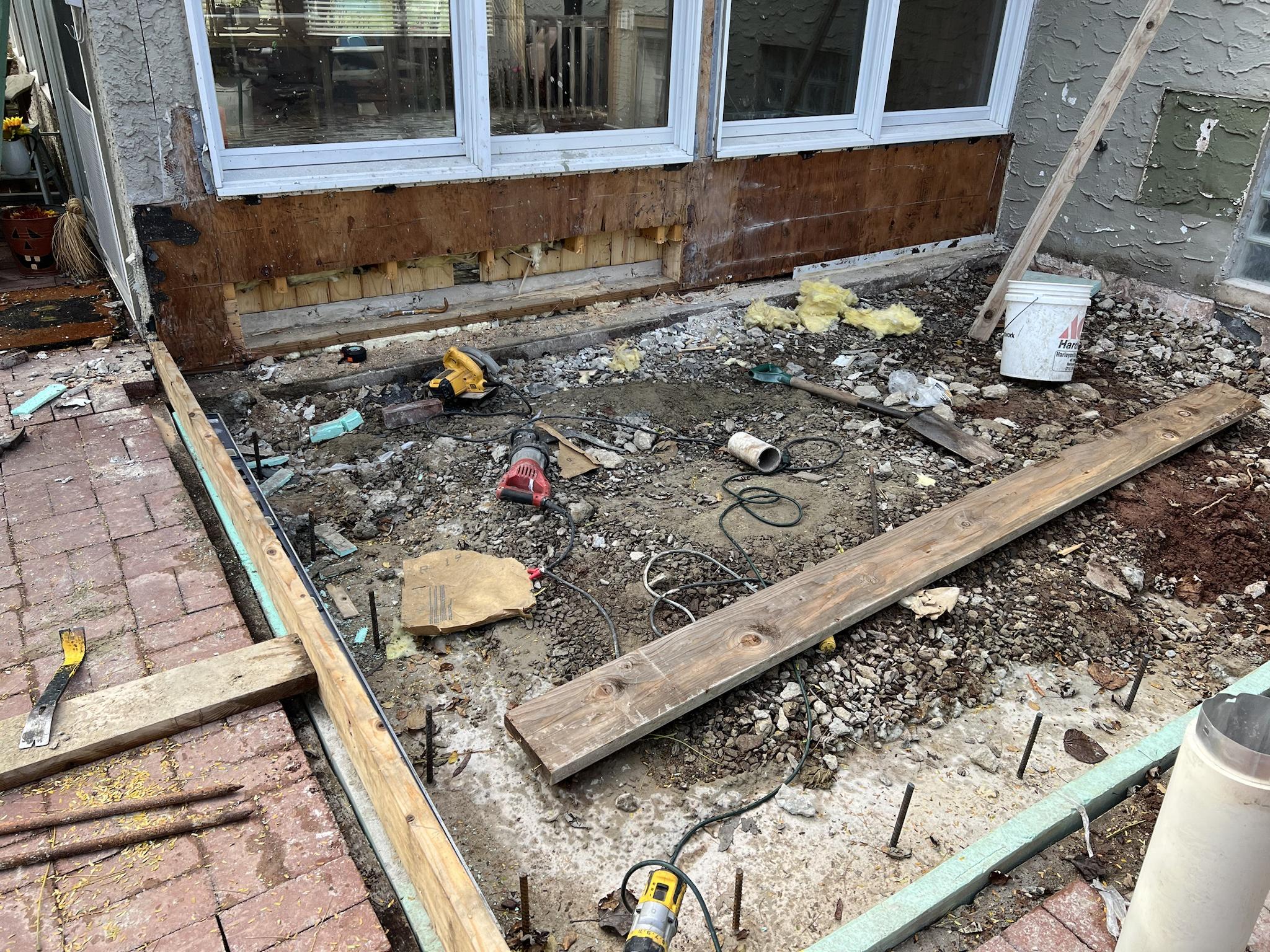 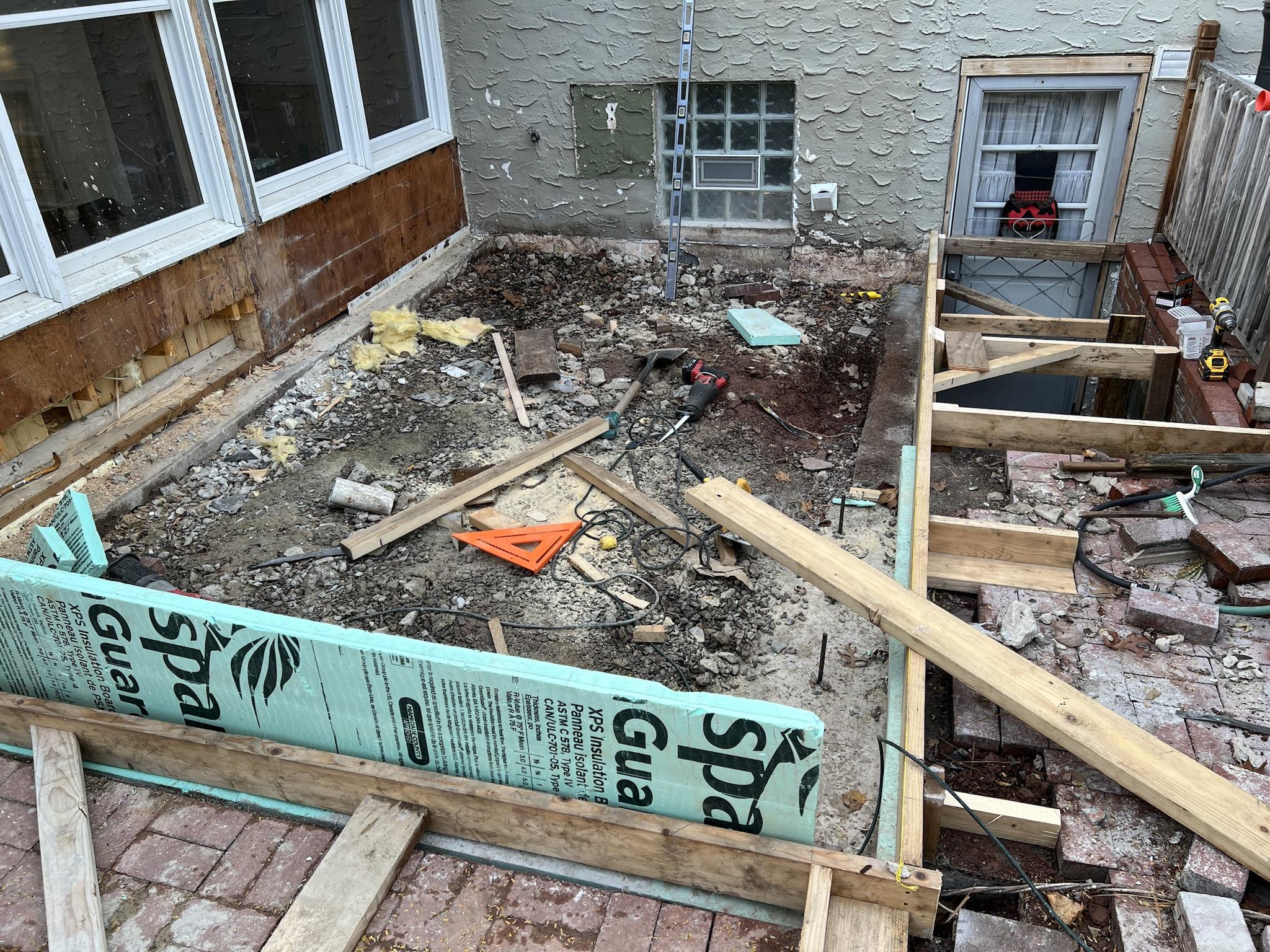 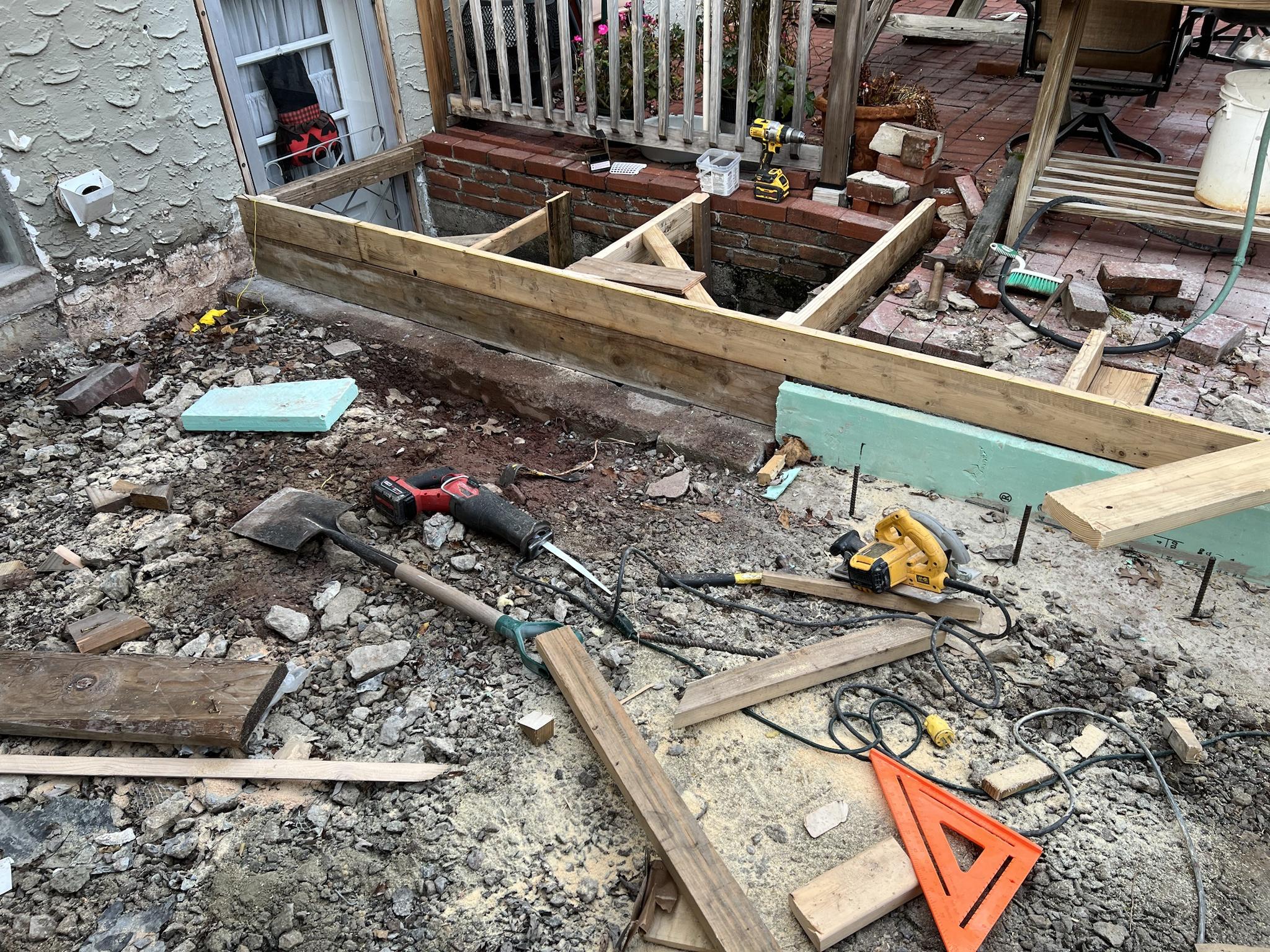 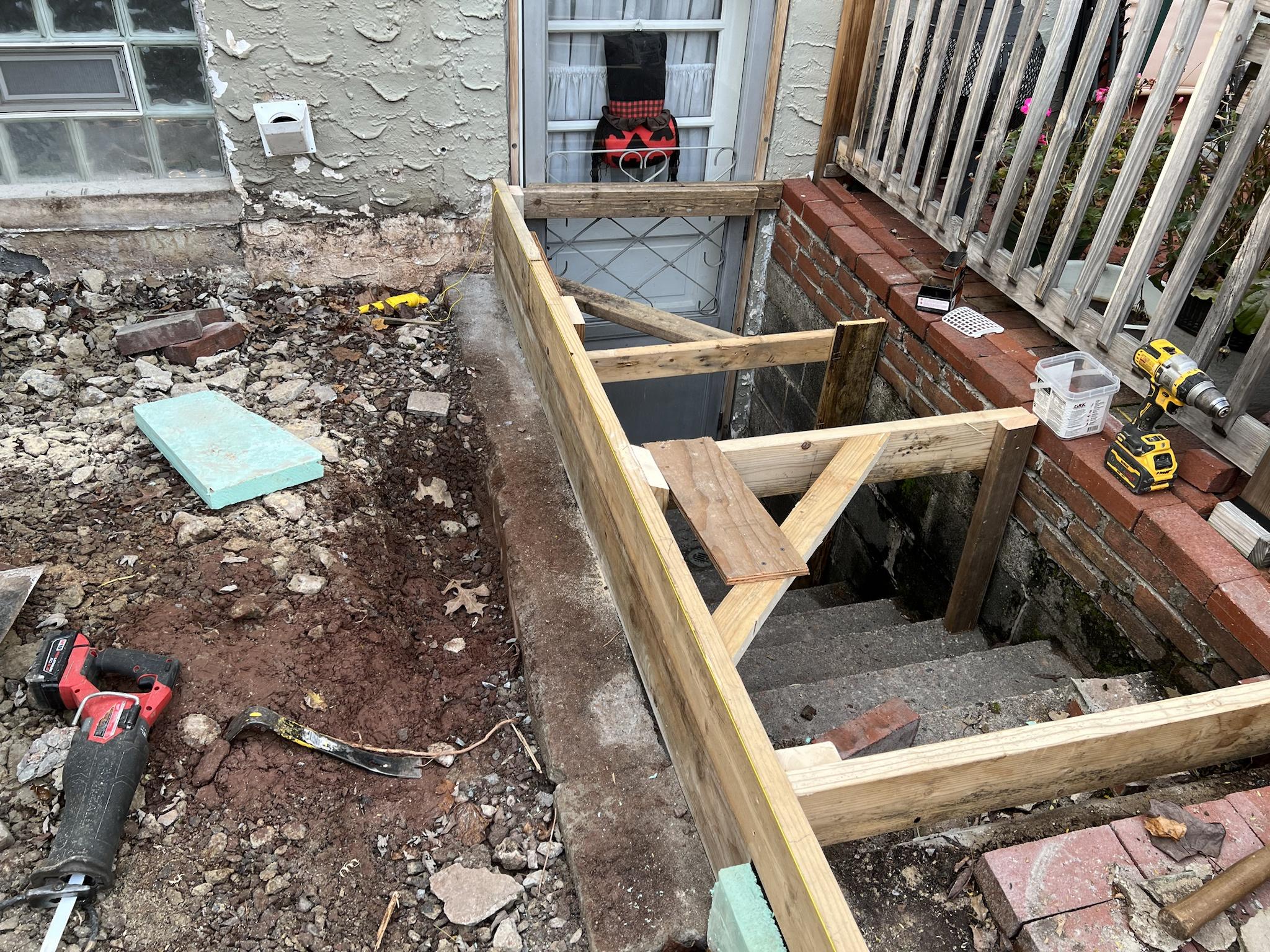 Good for you on the slider door. It is really hard to tear a door apart when someone collapses in the bathroom with an in swinging door, which happens a LOT.
Nov 12, 2022 / My father has fallen and can't get up #3
OP
F

repete said:
Good for you on the slider door. It is really hard to tear a door apart when someone collapses in the bathroom with an in swinging door, which happens a LOT.
Click to expand...

That was my very thought. He has a history of falling, and I just thought what would happen if he fell against the door so they couldn't get in.
Nov 12, 2022 / My father has fallen and can't get up #4

You are one WONDERFUL SON!!!
As we age are parts seem to work differently.
Just about a month ago I was standing and twisted a little and my knee went out so bad I hit the floor, was back to walking in 3 days but I'm a lot more careful about twisting.
Hope your dad recovers well.
Are you putting in a door which is big enough for a wheelchair to roll through?
Nov 12, 2022 / My father has fallen and can't get up #6
J

Good for you for doing that. As we age, none of us should plan on climbing stairs on a regular basis.
Have you given any thought to putting handcapped bars for the flush, and perhaps the bath?
Nov 12, 2022 / My father has fallen and can't get up #7

When I couldn’t walk 3 yrs ago I had to scoot up stairs on my bottom, and crawl to bathroom for a shower. I could use toilet downstairs, but wheelchair rubbed both sides going in door, and transfers to toilet seat was difficult. Make doors wide for wheelchair
Nov 12, 2022 / My father has fallen and can't get up #8
OP
F

buckeyefarmer said:
Good for you to build a bath.
Click to expand...

They want to die in the home, never being put in long term care to die. If they want to stay in there long term, they're going to need a first floor everything. She just wanted a bathroom, she wanted a room half this size, only the first 2 windows. But if you're gonna do it, why not just bang everything out in one go? Put a big walk in shower, put a laundry room in it, so you don't have to go down to the basement at all.

The pocket door will be 36", the floor will be one continuous floor even into the shower, and the new floor will butt up against the existing floor, so there will be no ledge to go over. He will be able to wheel from the back room right into the shower or to the toilet with no obstructions. There will be plenty of room for him to spin in circles in the bathroom if he wants. The floor will have a slight pitch to the shower drain so the water will drain, but no ledges at all so he can roll in and transfer directly to a shower seat.

THe goal is to be able to wheelchair everywhere without any ledges or lines. Floor will be all continuous tile from the shower, toilet, floor, etc.
Nov 12, 2022 / My father has fallen and can't get up #9

fatjay - impressive planning and work, no time wasted either.

I wonder if a (Safe Step) walk in tub would be an option to the shower ? A walk in shower with a seat is a good choice also, you've thought this through.