Ford850 said:
Google "Colorado Potato Beetle Beater" or "Captain Jack's Dead Bug Brew". It's the best control for the larvae and can be used in organic gardens. It's worked fantastic for me, after trying many of the old standards (which are much more harmful to beneficial bugs) this is my only spray for potatoes, cabbage, tomatoes, brussels sprouts, broccoli.
Click to expand...

Ditto here on all points. A neighbor offered me a powder for beetles; "Just sprinkle a little in the trench when you plant and they won't bother a bit." That means that it's in the plant, which we eat. Like the OP, potatoes are the big crop just a bit north of here. I get a lot of comments about how stupid it is to grow them when I can buy a 50 lb bag for $8.00... but when I grow them myself I know what chemicals were put on them. That's the same reason I raise chickens, turkeys, pigs, and laying hens... it isn't cheap but I know how they were treated , how they lived, and what they ate. They also taste a heck of a lot better... feedlot grown meat is just a medium for whatever spices and flavorings you put on them.
May 2, 2021 #43
J

mwemaxxowner said:
The manure I have has been aged, but not by a year. About 3 months. Should I pile it up with my compost and wait until next spring?
Click to expand...

What kind of manure? Generally it should age at least 6 months. Using Manure in the Home Garden, it's not recommended to use pig manure in a vegetable garden as it carries the same roundworms which cause trichinosis.
I finally started working the manure from last years turkeys and meat chickens and because I hadn't done anything, all except the top layer is still as green as when it came out of the birds.
May 28, 2021 #44
D

This press cutting has just come up on another page 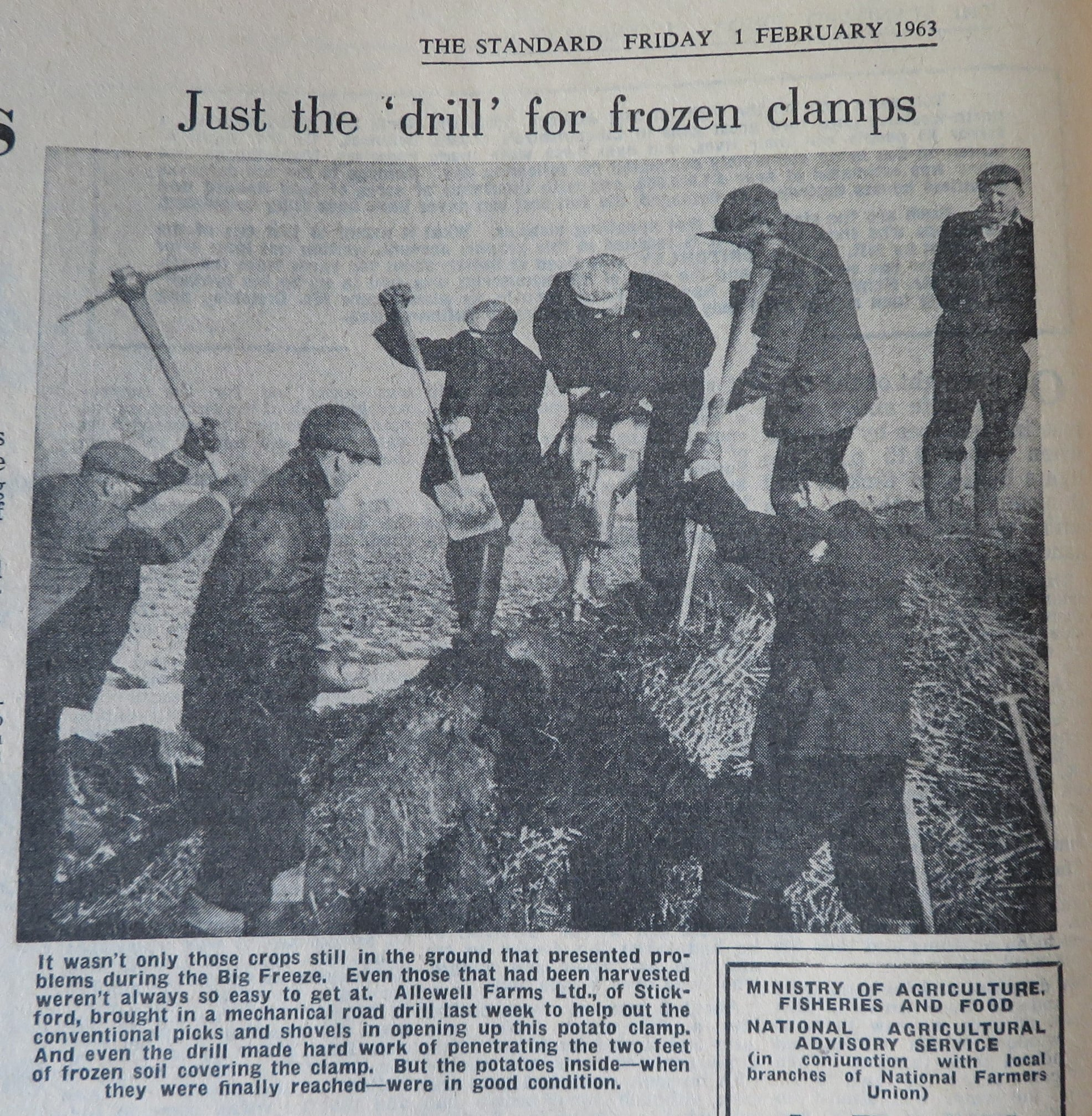 Here's my potatoes so far this year. Bought 50 lb. of Dakota Pearl #2 seed potatoes. Usually #2's are small, and I plant whole. 80% were huge, and had to cut them. Some had enough eye's, and large enough, I cut them in 4-6 pieces. Instead of the 2 rows I had intended, I ended up with 7. I found an old Champion potato planter last winter, just to make life easier. A PO had removed the fertilizer hopper, and converted it to single prong Fast Hitch, which will work on my Farmall 140, or 130.

The 140 was tied up on another piece of equipment the day I planted, sojustused one side of my IH 240 Utiity to pull it. Works way better than expected..!! I broadcast 50 lb. of potash,and 50 lb. of sulfur pellets to drop the PH level down, more to their liking. I scattered a bit of 19-19-19 in some shallow marker furrows I'd laid out, andmake it easier to space, and follow, when planting, being I never used it before. I wanted to be able to watch the planter, to make sure it was picking up the potatoes out of the hopper. You can definitely tell where I spread the K, and sulfur. We had a wet spellafter planting, and some of them rotted where the soil was too wet. But, overall well pleased with what came up.

I'd bought another planter. and digger last year, later in the season a fellow had advertised. He dropped the price after a month of no bites. Dropped even more when I went to look at it, and threw in a set of 3 pt. hillers to sweeten the deal. Enough, I couldn't pass it up. I had an extra single prong for the Fast Hitch, so with some heavy angle iron made an adapter to use on the 140, without destroying the integrety of the 3 pt. Worked great, but 16' disc's would have been better, but sure beats using a hoe, or rake to hill them up..!!

They've bloomed, and are starting to yellow up. Nothing to do now but keep cultivated between rows, asnd maybe another pass with the hiller to suppress weeds, making it a whole lot easier to pull the digger through, and sort through when picking up.

99% will be donated to a local food bank, or a place that prepares meals daily for those less fortunate.

Notethe difference in size of the plants, from left to right in the first pic. To the right is where I put down potash, and sulfur. But, I only anticipated 2, 3 rows at most, and ended up with 7. I did sprinkle some triple 19 where I planted the last 4 rows. They got off to a good start, but I didn't side dress, because I wanted to see if there would be a difference. It definitely shows..!!

We dug some new potatoes last week. They're still small but one plant had enough for four of us to get a serving and try them out. A fresh onion from the garden went in the pot too. Don't neglect to dig some "new" potatoes during the growing season too. Like fresh corn, it's a summer treat.
Jul 18, 2021 #48

We had a big garden when we first moved onto the property. Then the local indigenous inhabitants - IE, gophers, deer, 'coons, etc - found it. After five years - it just wasn't worth it. They simply would not share. I buy my spuds from a local farmer. Much nicer than store bought.
Jul 18, 2021 #49

Location
Texas between Fort Worth and Wichita Falls

I have several metal stock tanks that developed holes so purchased new ones. I now use them to grow my spud in and use straw to "hill" them. Just left the the straw and pick a tater. I usually have to eat one just to see if they are okay for human consumption. You really have to keep an eye on the straw though because it does break down and you darn sure don't want green taters. But this is the best way to grow them that I've found for the small garden grower.
Jul 22, 2021 #50

same bugs that hit taters will also consume tomatoes, eggplant, or anything else in the nightshade family!
I plant mine with my homemade planter and dig with my homemade diggers,---well, cept this year, diggers are useless in the muddy ground so dug the Norlands with a hoe and shovel. Hope the Pontiacs and Kennebecs wait til the ground dries out. So far they are still somewhat green stemed yet, so it will be a while before they are ready.
As for messing around them when they are growing and taking small potatoes,-----DONT! Why?--cause the plants will only set so many tubers and if you take some the plant will not set another one to replace the one you took! ---- tried that one year as a test and actually that plant stopped doing anything and at harvest time it didnt have anything big enough to use! ---- IF ya gotta have potatoes that early, plant Norlands and leave them alone til the tops die down!
You must log in or register to reply here.
Share:
Facebook Twitter Reddit Pinterest Tumblr WhatsApp Email Share Link