Rail roads and their tracks.

Does anyone recognize the white haired fellow with the number of the only restored and operating Big Boy on the back of his safety vest? I do and you should if you follow their steam program. There are actually 5 non operating engines in the consist. The 2 steamers, the UP Mega Diesel and the EMD A and B units because the A unit can operate without the B unit when power requirements are lower. Kind of surprised with the coaches. I thought UP restored and refurbished their own coaches. Must be excess rolling stock but the power coach was operating the entire time. Interesting. Guess the caboose was along for the ride too.
Nov 18, 2022 / Rail roads and their tracks. #2,233
OP

Here is a better film of the UP moving the donation train through Sidney Nebraska. When I hear those diesel-electric power units rumble it sure bring back memories for me. 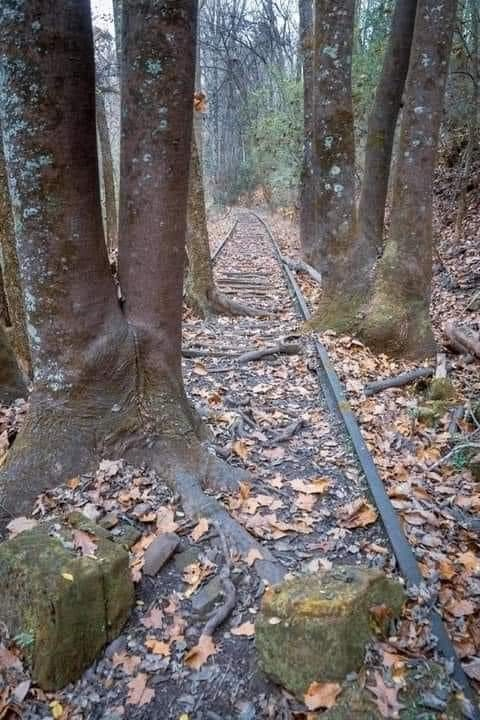 From:
https://www.reddit.com/r/AbandonedPorn/comments/ygnm1a
"The remains of the Macedon side of the railway line between Sofia and Skopje. Built by the Kingdom of Bulgaria in 1942 and abandoned just a few years later."

we have railroads like that in my town, too lol 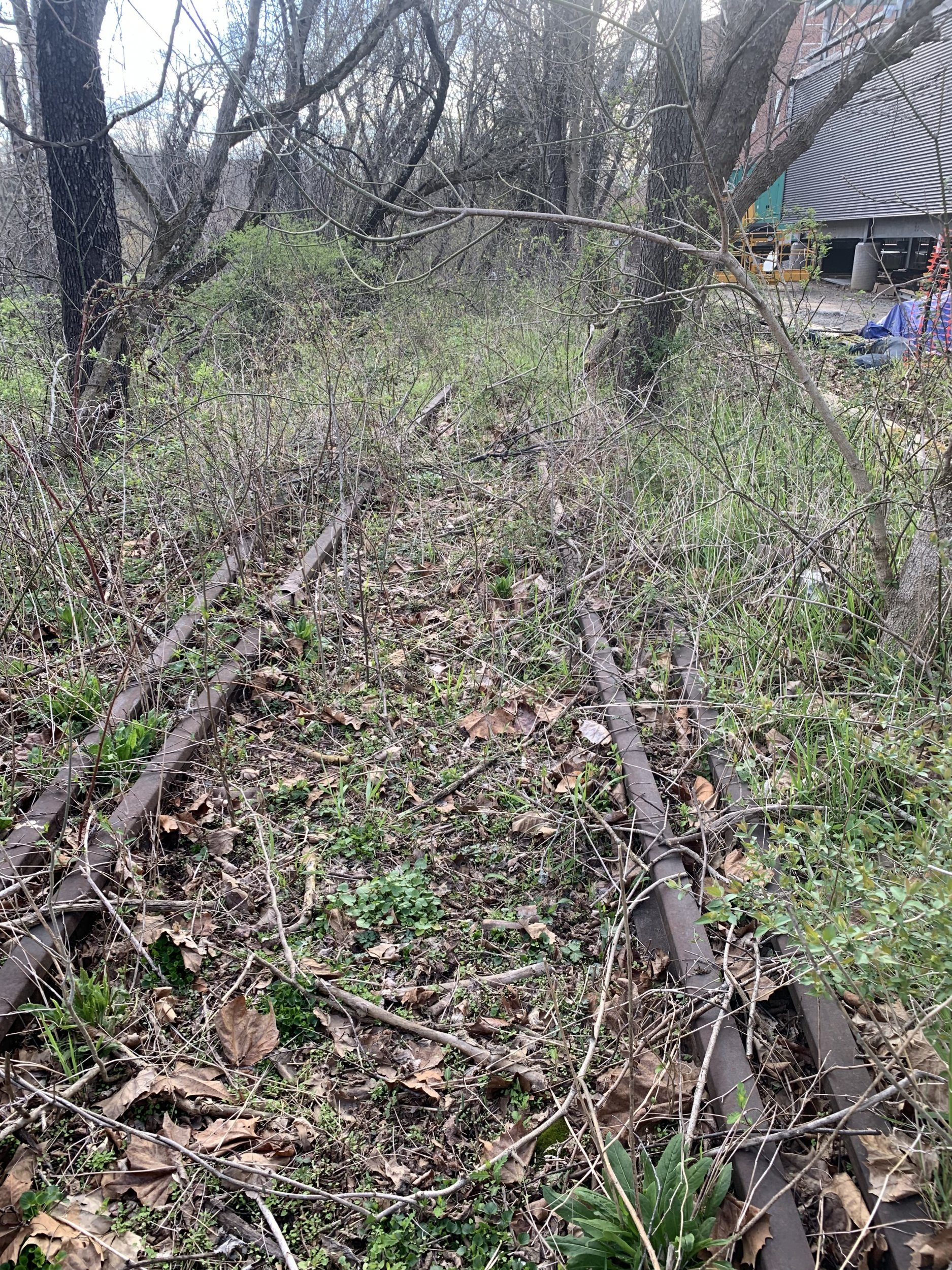 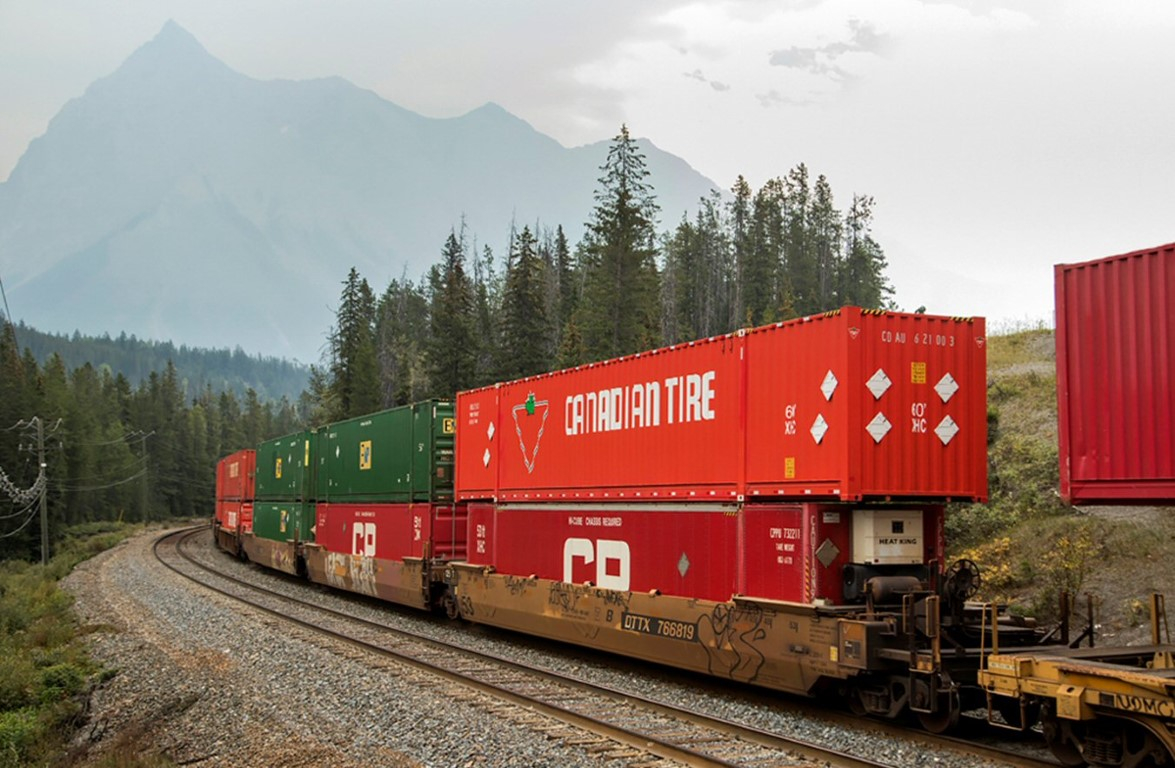 CHICAGO — It’s been five years since Canadian Pacific and retail giant Canadian Tire Corp. unveiled North America’s first 60-foot intermodal container, and intermodal analyst Larry Gross says the larger container type is probably going to remain exclusive to Canada for the foreseeable future.
CP and Canadian Tire launched service with the larger container in May 2017 [see “Canadian Pacific, Canadian retail company unveil …,”
U.S. federal regulations limit trailers to 53 feet and while states can request oversize units, Gross says the load typically needs to be indivisible, which is not the case with a 60-foot container. In comparison, provincial governments in Canada allow longer truck lengths, which accomodates the 60-foot container as long as they are hauled by short-wheel-base tractors in order to comply with overall total truck length.
In Canada, some provinces allow total truck and trailer lengths of 75 feet, while the U.S. standard is closer to 72 feet.
“Beyond that, the highway weight laws are more generous in Canada than in the U.S.,” he says, allowing Canadian Tire to take advantage of the 13% additional cube offered by the 60-foot compared to the U.S.-standard 53-foot container.
In the U.S., the maximum truck weight on highways is 80,000 pounds gross weight, while certain provinces in Canada allow up to 120,000 pounds. Gross says in the U.S., the extra weight of the longer box and chassis would come directly out of the 80,000-pounds, thereby limiting payload capacity.
“Lastly, if you’ve ever watched a 53-foot rig negotiate a corner, you will be familiar with ‘off-tracking’ which is simply the amount of encroachment on the inside of the turn on the part of the trailer tandem,” he says. “You’ll see situations whereas the truck tries to make a right turn, the back end of the trailer starts coming close to or onto the sidewalk. In the case of a left turn, the issue is conflict with waiting cars on the cross street who are watching the rear end of the trailer get uncomfortably close to their front bumper. The greater the distance between the trailer kingpin and the centerline of the tandem, the worse this issue becomes.
“Bottom line is I don’t see 60-foot boxes in [the United States’] future.”
Canadian Tires’ 60-foot container is the result of a close partnership between Canadian Pacific and the retail company, debuted in 2017, for use on Canadian Pacific’s coast-to-coast intermodal network in Canada. Canadian Tire has more than 500 retail locations and more than 22 million square feet of rail space across Canada.
Nov 21, 2022 / Rail roads and their tracks. #2,238

A little string trimmer action and those lines be good as new.

BravoXray said:
In the U.S., the maximum truck weight on highways is 80,000 pounds gross weight,
Click to expand...

Not exactly correct. Michigan is 163,000 GCCW on 11 axles. So is Ohio and Indiana on special permits on designated routes. Michigan is any road unless there is a weight restriction on that road. Back when I was trucking, I hauled many loads out of Burns Harbor and Butler Indiana as well as Toledo and points south with 80+ on the deck. Used to haul out of Weirton West Virginia with 2 coil loads too. Take s a lot of horsepower (big Cat engine) to climb the hills out of the Ohio valley up Route 11 towards Youngstown with 80 plus on the deck The outfit I worked for ran big cats turned up to maximum horsepower with 18 speed road rangers. We were set up with air dumps and mufflers on the trailers so we could get on the Ohio Turnpike loaded which was the shortest and easiest way back to our plants in Toledo and Erie, Michigan. FYI, the OTPK weight limit (legal) is 90,000 pounds GCCW which is Class 9. Those were the days and I always enjoyed hauling big heavy loads. The way our trailers were set up, we could put over 120 gross on the pike by shifting the per axle weight around using the air dumps (trailers were all air ride). Was acceptable cheating.