I’m well underway. did some steep stuff on Wednesday. 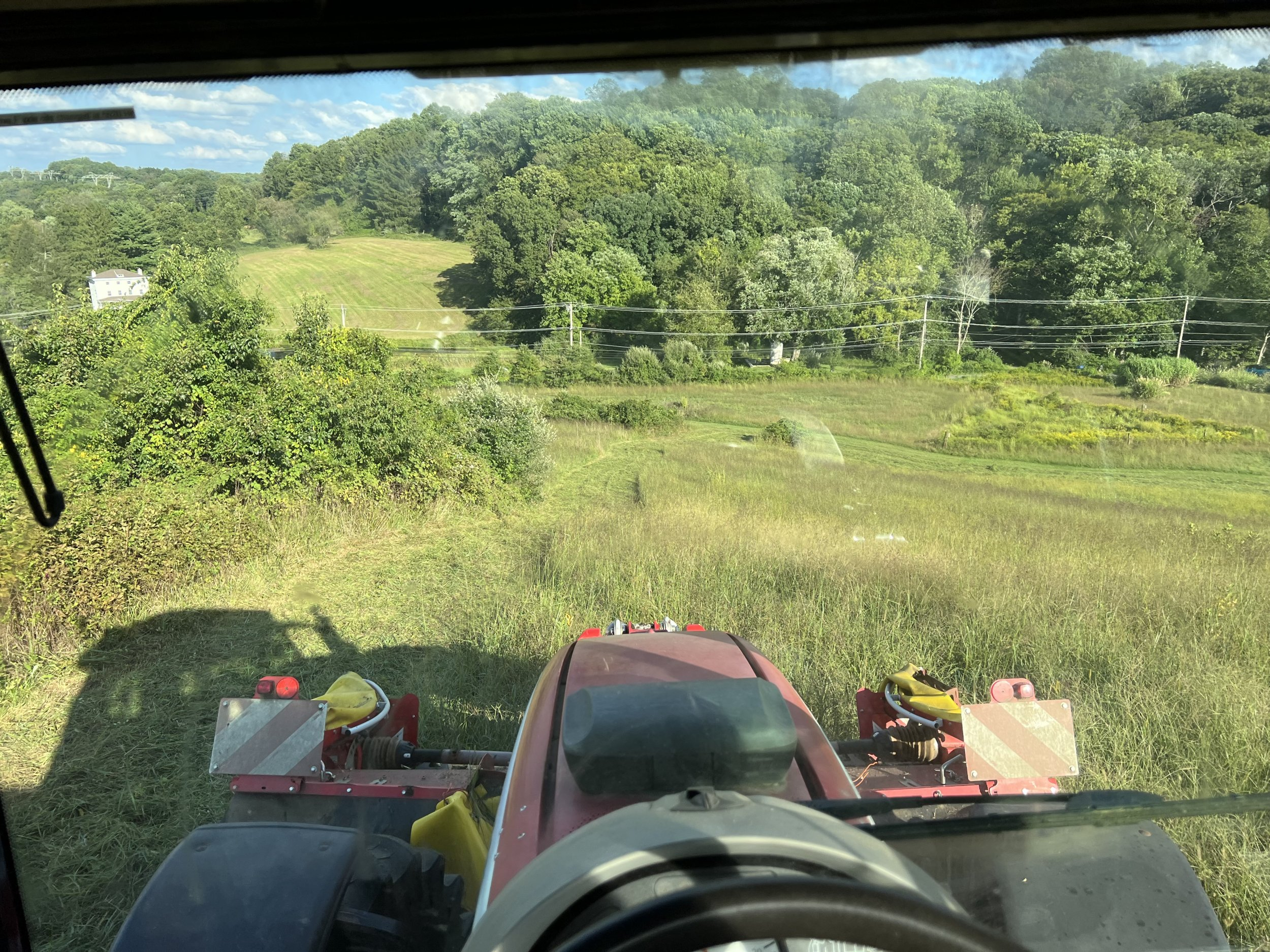 Ripped the lid of this 40 acres today.
Hot & sunny! 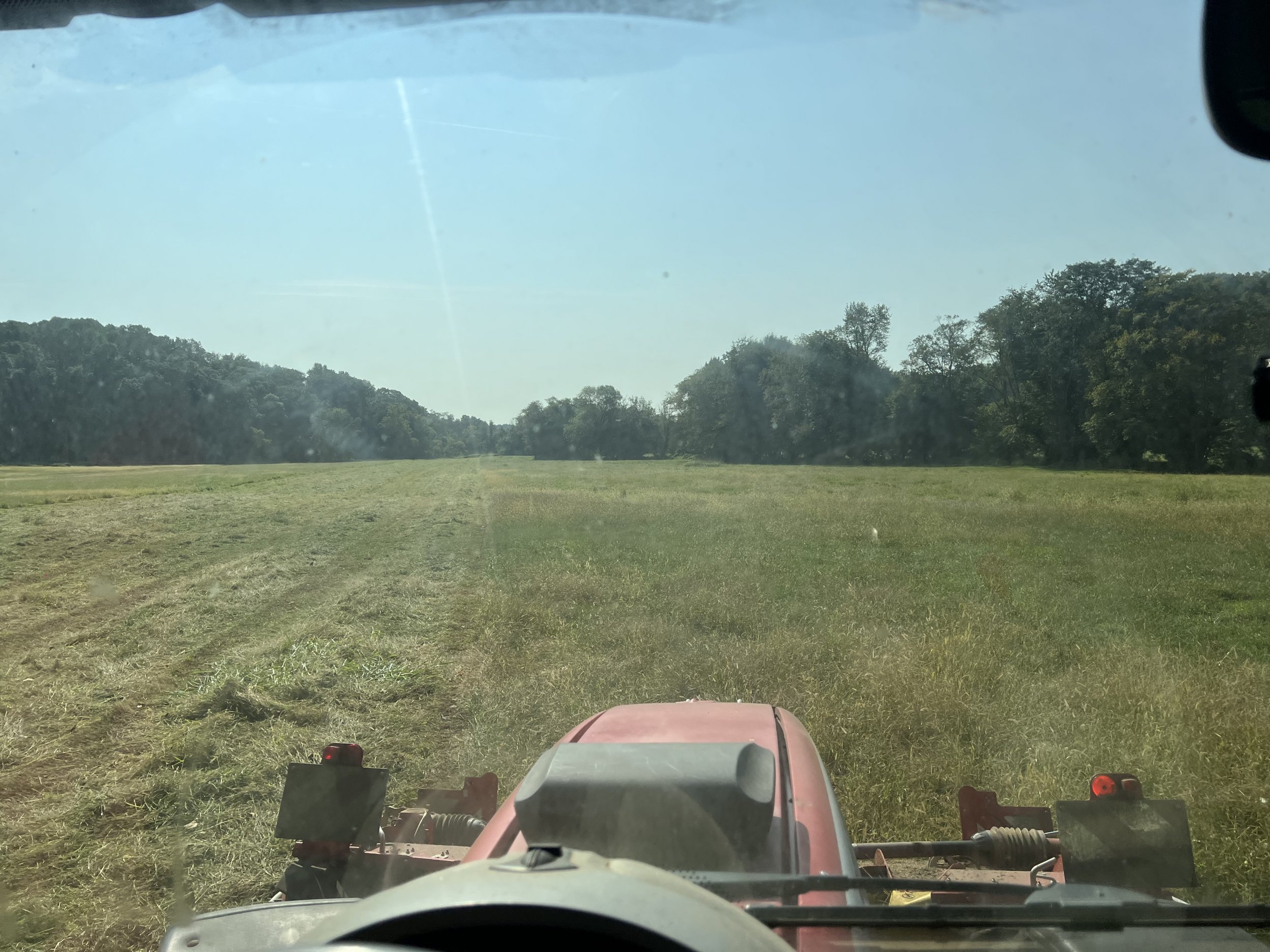 We have an old tedder. Has these angled slotted arms. Have to twist the axles around backwards to fold it up. We just leave it like it is and set it on a 16' trailer, haul it that way.
Sep 19, 2022 / Second Cutting? #14
OP 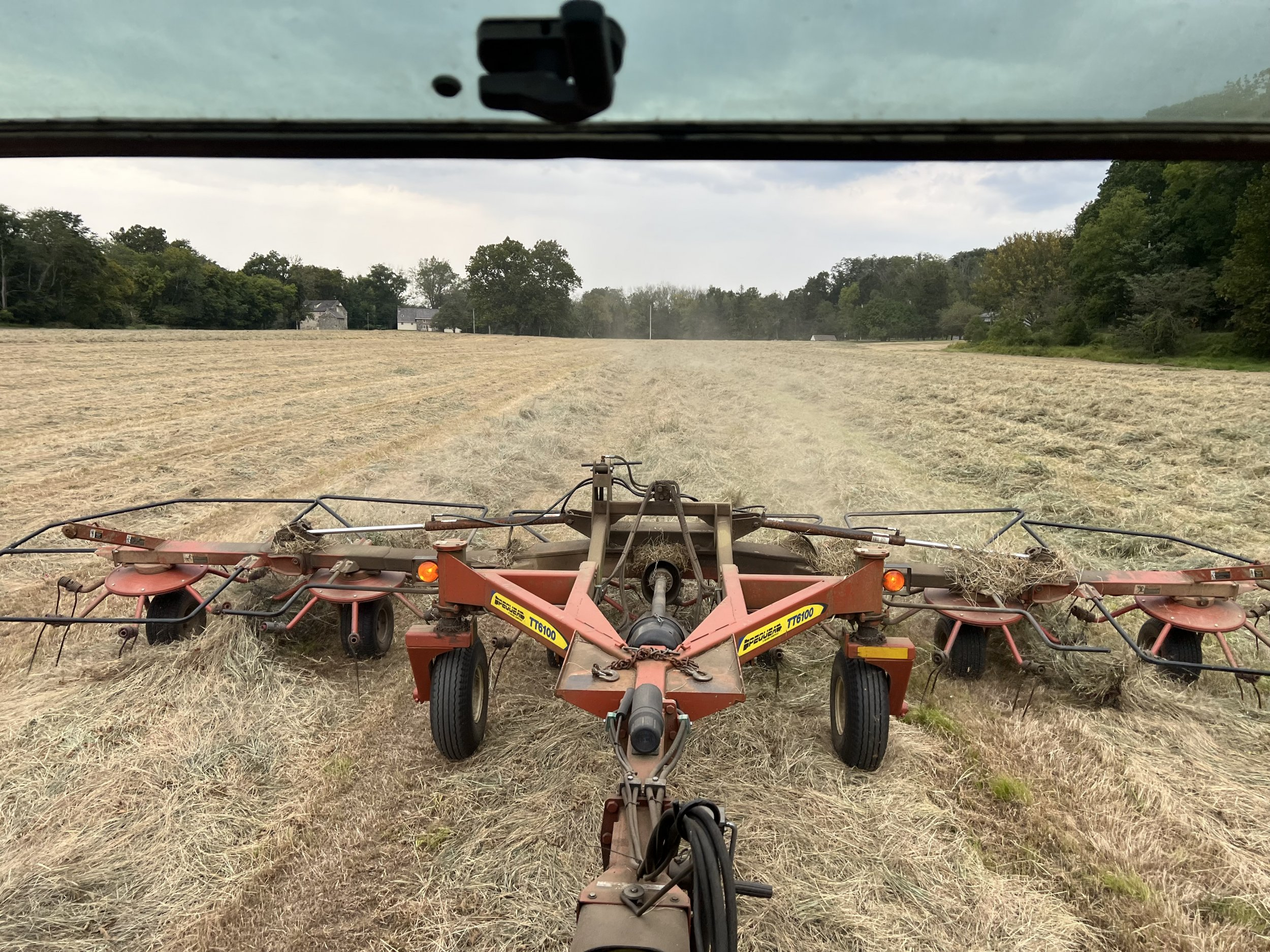 poor farmers this year in our our region no good wether in July they had no choice doing hay in mid August, the hay won’t have much proteins this year…

Rockbadchild said:
poor farmers this year in our our region no good wether in July they had no choice doing hay in mid August, the hay won’t have much proteins this year…

how is the quality compair from the first cut to the second for you ? which one is superior?
Click to expand...

First cut on the stemmy side, but more tonnage and cleaner. Second cut weeds (spray), less tonnage, getting harder to get dry this time of year.
Pick your poison.

Heading home afther a day of baling in the Magnum with the Krone baler in tow.
She tops at at 24 as you can see in the A pillar, but I wouldnt want to go much faster on our junk roads. 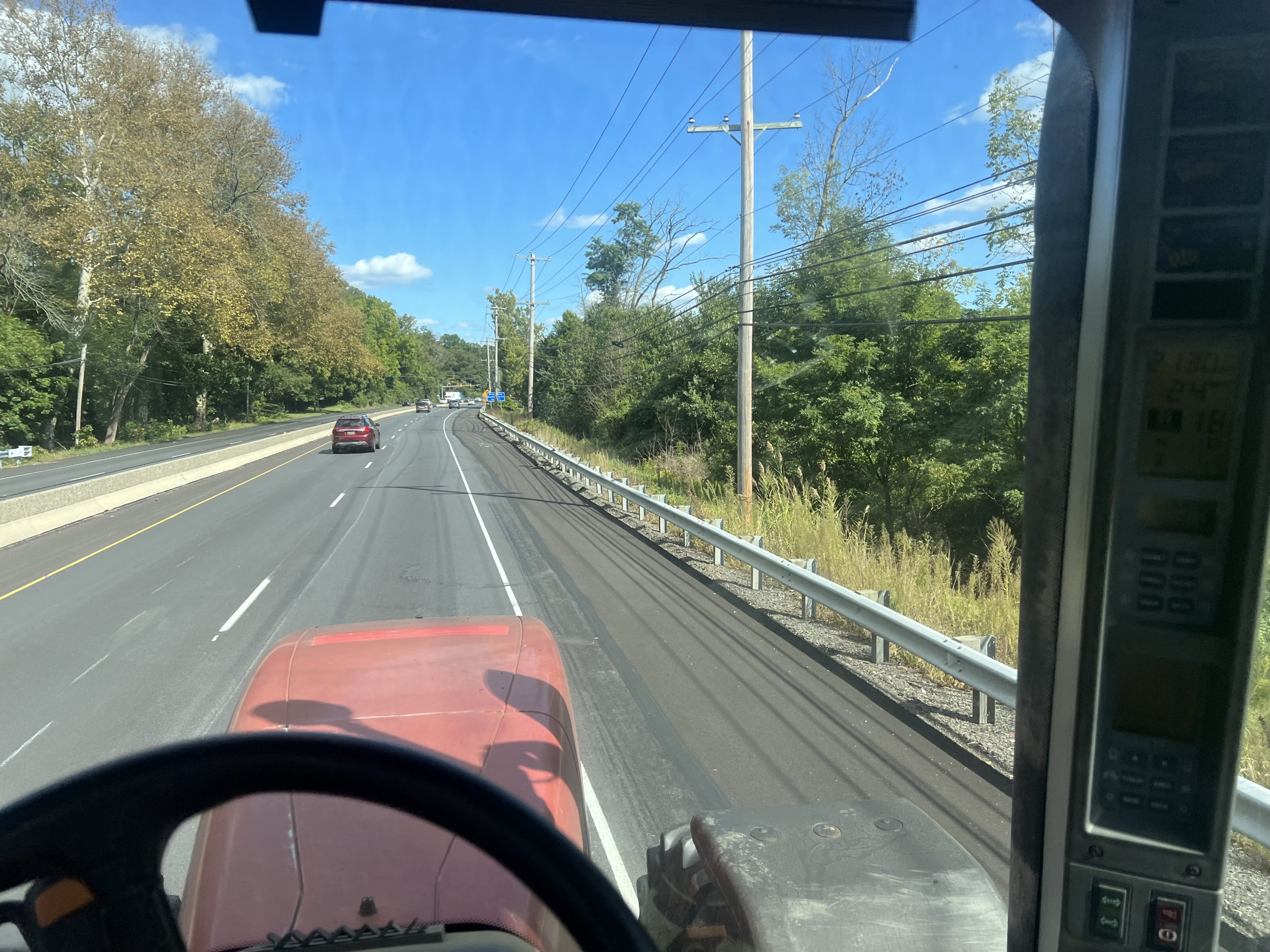 In recent years the strategy in my area, at least for the dairies that are really on top of their game, is to take the first cut off early by the end of May before anything starts heading out, and usually it becomes the highest quality forage made in the year. Second cut typically goes to seed faster than any other cutting so it becomes heifer/dry cow feed. Lot of fourth cut was done in the first part of September; we're into corn now. Last year was much less dry and there was actually a full fifth cut following corn, but this year it will probably just a final round of later third/fourth to fill out the inventory of heifer feed.
Sep 22, 2022 / Second Cutting? #18
L

Been keeping an eye on my third cutting and sure enough had an outbreak of army worms, but I was ready for them and yesterday morning I mixed up a tank full of silencer and put them to sleep, I am going to let this cutting go until sometime in October and try to get as much yield as possible, so I will probably have to battle them one more time this year.
Sep 22, 2022 / Second Cutting? #19
OP

Stacking double 1750 pound blocks ahead of some early afternoon rain with the Challenger. She handles 4000lbs easily on the bale spear and no need to use 4WD anymore.
Weight is your best friend on a Tractor with a loader. 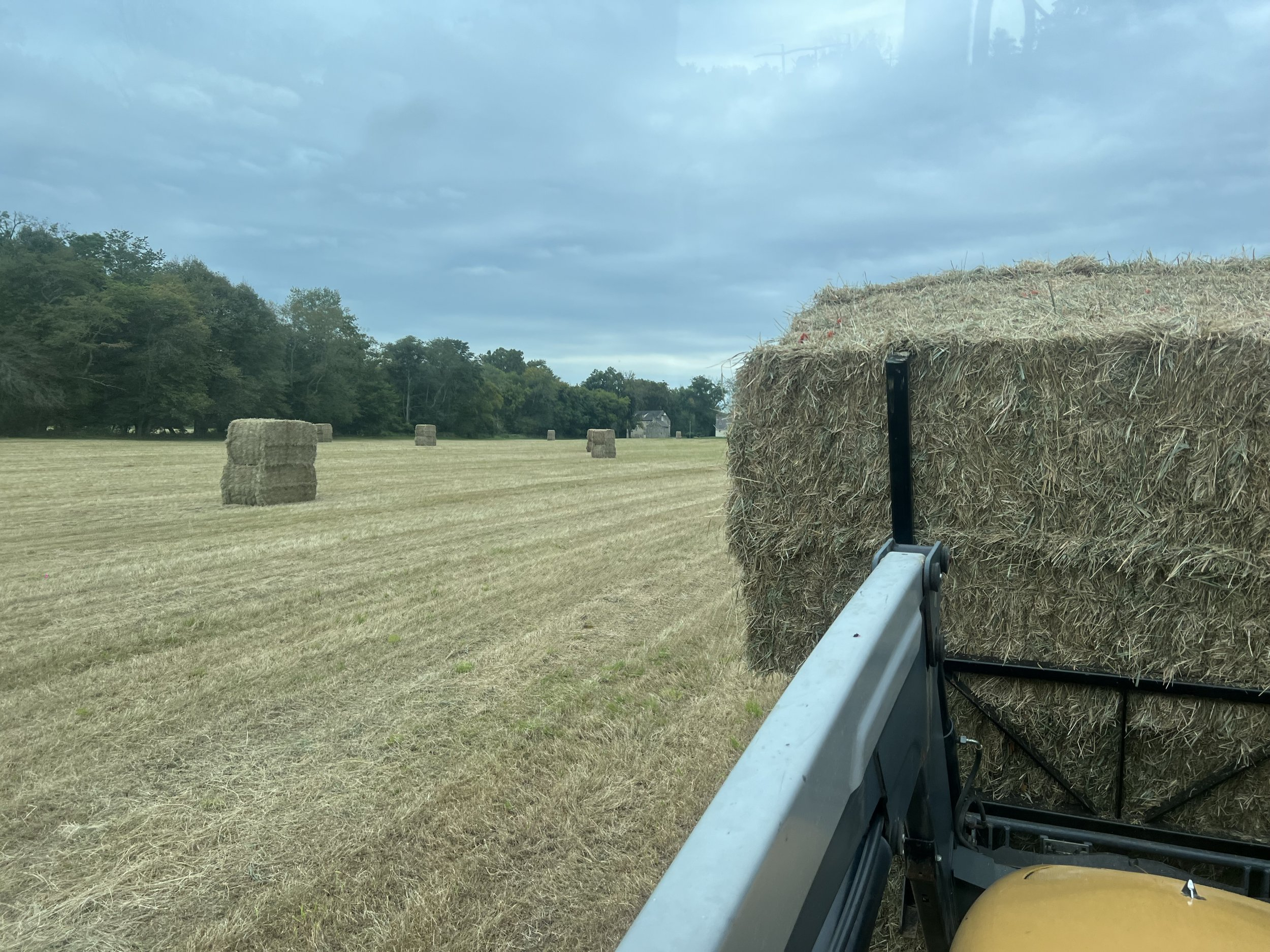