Trying to add the Moryde Wet Bolt kit to my 12k tandem axle trailer. I get under there to work and I discover this: 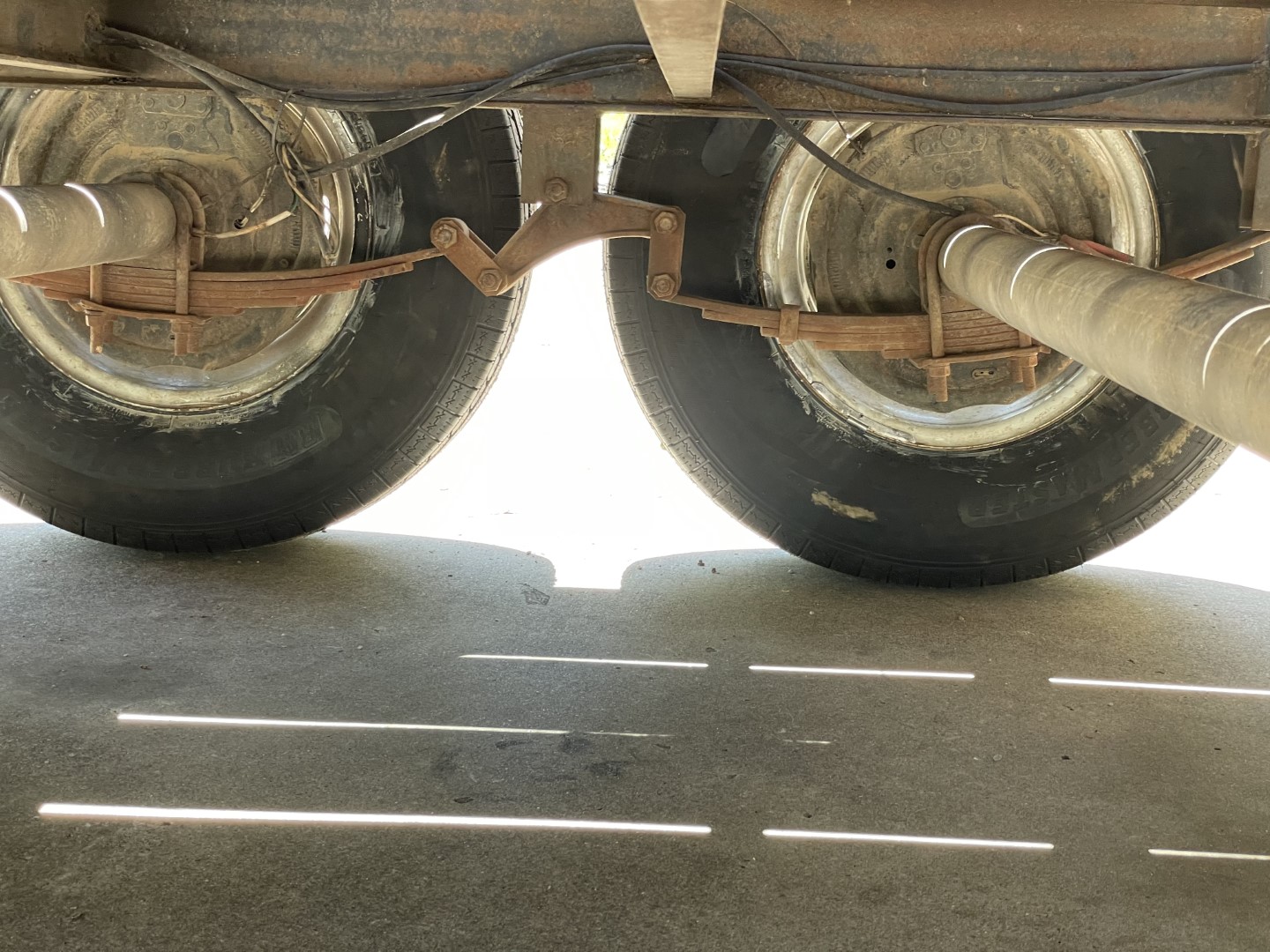 When I got done with the other side, it immediately swapped sides and did the same thing. I flipped it around twice, but it flopped over opposite each other every time. 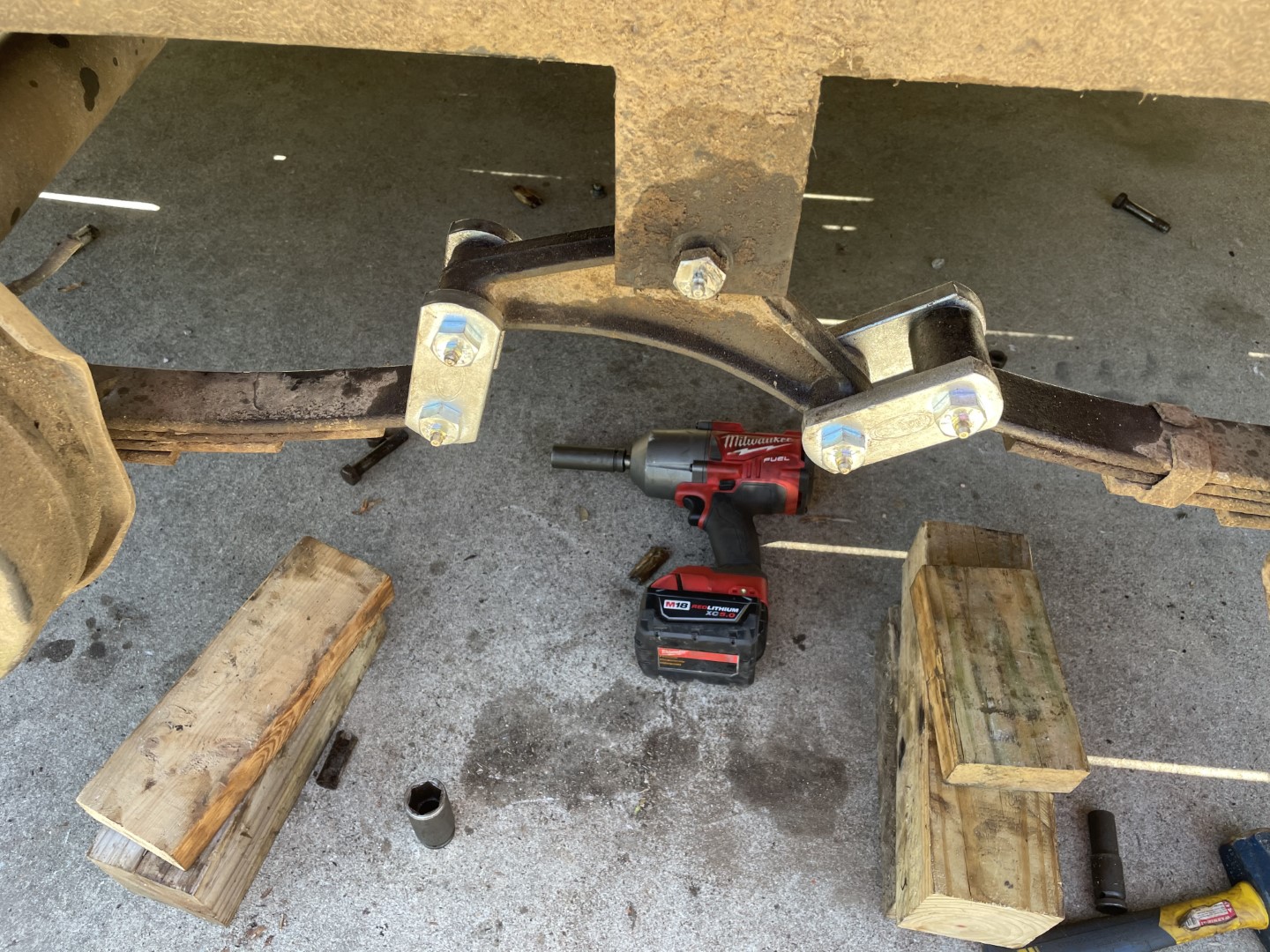 Reviewing pics on the 'net shows that it's supposed to look like this: 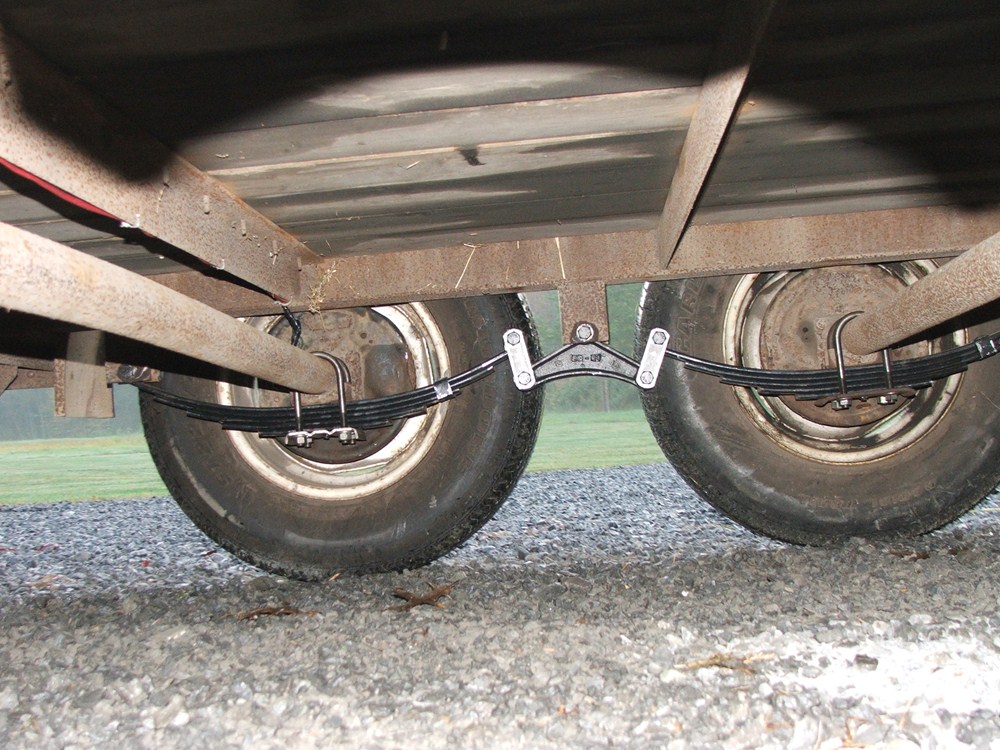 What is causing this and what do I need to do to fix it. This probably accounts for why my trailer rides so crappy.
May 14, 2021 #2

It occurs when the one axle goes up over uneven terrain and the other axle falls into a low area, humps in the road, or pot holes, which allows the equalizer to move enough to allow the shackle to flip.
May 14, 2021 #5

Mine will flip sometimes if I jack the trailer up, but not in normal operation. I just flip them back and all it well.
May 14, 2021 #7

Rebeldad1 said:
looking at your pictures... your springs are too short.
Click to expand...

I believe those are 8k lb axles. How long are they supposed to be?

Ive seen shackles loaded under compression only on single axle suspension old farm wagons, made in the 60s from army surplus left by the Yanks after WW2. I rebuilt one of those wagons 6 years ago for a customer, with axles and tires of a more regular tire size and bolt pattern. Reused the suspension, just added stroke limiters for when loading a big stack of wrapped silage bales.

Modern European equalising tandems, have a pin on one end and a slider on the other, so you dont need shackles at all.

BPW bogie suspension can be universally used for many vehicle types such as tankers, loaders, tippers, transport trailers, etc. 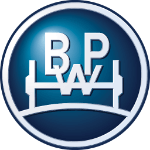 Agricultural trailers mostly have an inverted parabolic spring, holding both axles at the far end. Most European dumptrucks have their tandems arranged in the same way (road tractors all have air suspension) though drive axle bogies have trailing arms to take up the countermoment of the wheel drive.