Driving over something that tips the tractor, something unseen, like an animal hole, makes any tilt-o-meter useless. Because that 15deg goes to 25 in a split second. I had a situation the other day. Out in the pasture, knee high grass, ran over a hole, oh how nice, who put that pos there. 40yrs earlier there was an old oak, now a decayed stump, and divot from the blow over. The memory of that is so long gone. It looks like a grassy field, the same as it has for decades. Some of this stuff catches a guy off guard, and there you go. Drive slow and deliberate, situational awareness, stay vigilant and don't let your gaurd down.
Dec 2, 2022 / What causes tractor rollovers? #113

A tilt-o-meter wouldn't help if you were on flat level ground raising a bucket, load not centered with wheels turned or as mentioned sliding down a wet slope then into a dry patch or like here next to the creek is flat level pasture on one side. The problem is creek curves undercutting ground, even walking on it you can feel ground give way and creek is 10 ft. down.
I bet there are 50 ways to roll a tractor.
Dec 2, 2022 / What causes tractor rollovers? #114
G

A couple of years ago I was mowing an area I have mowed for years with the same mower. All of a sudden i was going over. My left leg was caught under the machine. I was laying on the ground thinking oh great all I need is for this thing to catch fire. Be careful what you think in such situation because, POOF and I had fire. The battery had tipped over and out of it holding strap as the unit turned over. The positive battery post contacted the frame creating a direct short which cause the wiring to turn red hot and start melting all the plastic parts on units today. Then came the flames as I was jerking on my left leg to get it free. I got the leg free with cuts bruises and laceration. Put the fire out and turned the unit back upright. Most expensive yard mowing I have ever paid for. I could have the yard mowed for many years for what that cost me, a new mower.

Too this day I do not know what caused the unit to tip over. But it had to be operator error of some kind because I am continuing to mow the area without tipping over.
Dec 2, 2022 / What causes tractor rollovers? #115

All this talk got me thinking and looking at my Kubota MX. I checked and the rears are as far out as the rear gannon (72") but the fronts are 3" in on each side. I clear a lot of fence line, some on both sides for firebreaks. I don't want my tires sticking out further than my attachments so I decided to put the 2 or 3" spacers on the front to square the footprint up.
I'm seeing lead times of 6-12 weeks. Does anybody have these in stock?
Last edited: Dec 2, 2022
Dec 16, 2022 / What causes tractor rollovers? #116

Reddogs said:
I was using heavy equipment for paying my tuition and was driving a tractor when I was sent over to mow a steep hill near a school in the morning. Well, there was heavy dew so it was very wet and I slid down all the way to the bottom, over and over and I wonder how they managed to mow such a hill but I got it done. Well the next morning the assistant asked who had mowed that hill and when I raised my hand he went into a long "lesson" on the dangers of rollovers and how lucky I wasnt killed, and chewed out the one who sent me as he said you can never mow a hill when its wet or early morning, so my first lesson in tractoring..
Click to expand... 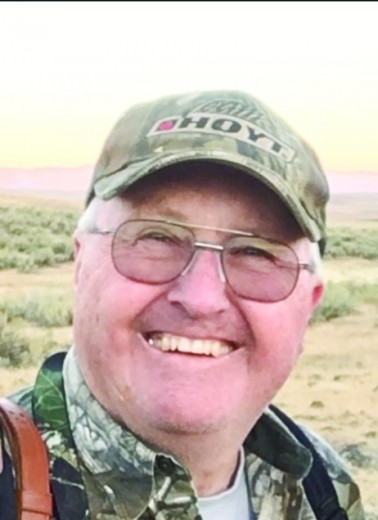 Tragedy struck on Tuesday, Dec. 6 when a Washington County resident was killed while driving his tractor at his property off Gentry Lane, north of Weiser.
James “Jay” Border, 75, was discovered by his wife, Margaret-Ann Border, according to a Washington County Sheriff’s report.
It is believed that Jay was killed when his tractor tipped and rolled over as he worked to plow a steep grade.
Emergency personnel arrived on scene and attempted life-saving measures, but Jay was pronounced deceased at the scene.
The Weiser Signal American would like to express its deepest condolences to the Border family.
Dec 16, 2022 / What causes tractor rollovers? #117

BnRidge said:
Driving over something that tips the tractor, something unseen, like an animal hole, makes any tilt-o-meter useless. Because that 15deg goes to 25 in a split second. I had a situation the other day. Out in the pasture, knee high grass, ran over a hole, oh how nice, who put that pos there. 40yrs earlier there was an old oak, now a decayed stump, and divot from the blow over. The memory of that is so long gone. It looks like a grassy field, the same as it has for decades. Some of this stuff catches a guy off guard, and there you go. Drive slow and deliberate, situational awareness, stay vigilant and don't let your gaurd down.
Click to expand...

True. In addition to holes, a slightly raised area can be equally dangerous. I watched a borderline incident with a scut doing loader work recently - on a very slight grade the operator was moving too fast, with the loaded bucket too high. Rear tire went over a recently exposed large rock and it almost went over.
In this case the machine would have just tipped rather than roll.

One thing I seem to always notice when I'm on a bit of an angle is if I look down there's a tree or a rock there and ya know.. that rops isn't going to help you if you roll onto that...
As an aside maybe the rollover type where the front wheels come up and over should be called a "flip" or something and the sideways one a "roll" to distinguish the two types..
Jan 9, 2023 / What causes tractor rollovers? #120

Center of gravity height of the whole rig, including operator, fuel, including the loader, then 1/2 of the rear track (distance between centers of the wheels, then an equivalent hill slope that exceeds this ratio. So, lower c.g. and wider track improves your statistics. The wet grass adds another element (the killer): sliding sideways reduces the static grip of the tires, so the tractors sideways velocity comes into play. Either you hit bottom and the outside tire quickly digs in, or the tire catches on a depression, rock, berm or because it sinks into a soft spot. The jolt causes a tripping motion because the stalled sliding momentum cretae a very large rolling moment (force x distance). This also means that if it starts to slide , you have some time to lower the bucket if possible or use the drive torque to help you steer downhill so that when you hit bottom you are mostly pointed downhill.

OK, so most tractors nowdays have 2 front wheels and an axle pivot with zero rolling resistance provided. On cars and trucks, you have a front anti-roll bar to balance the sidegrip and to reduce the roll angle in turns and banked hills. Why aren't front anti-roll bars offered on these machines? It's not because of additional weight. Extra cost, maybe. Or is it because they now recognize the need for a front bar, it's a safety concern, and this requires, maybe by law, a retrofit of all existing machines with these parts. We saw this on cars when anti-lock brakes came out, air-bags before that. Manufacturers 'knew' that there was a risk but did little or nothing to implement them, I remember GM offered airbags on 1973 Chevy Impalas. NOBODY wanted them. The government gave automakers a pass. Remember Day-Time Running lights ? People on this very forum stated they absolutely did not want their high beams on when they were driving. They never realized, knew, or believed taht the high beam BULBS were used at about 10% of their current/wattage to give you much more daytime visibility.

I wonder how many here would even consider making, buying, and then having to add a front roll-over resistance feature or components to their tractor. Heck people I know want the rear tires as far inward as possible because they want the tread covered by the fenders. Outward is more safe, but now it looks funny, the tires are wider than the tiller, you get TWO grooves in you lawn, or now it doesn't fit on a trailer.
You must log in or register to reply here.
Share:
Facebook Twitter Reddit Pinterest Tumblr WhatsApp Email Share Link