Diggin It said:
That turned out to be simple, but interesting. When I parked it, the leak seemed to stop. That told me it was only leaking under pressure. Came inside and took a break for a while. Fuel tank was low, so when I went back out, I filled it first. Turned the key to start the engine see if I could find the leak under pressure. It wouldn't start. Tried to fire, but sputtered. It has never not started before, even in cold weather. Tried several more times, same thing, sputter a bit, but not catch. After about 6 or 8 tries, it finally started.

Didn't take long to find the stream of fuel spraying on the engine from the hose at the inlet to that banjo fitting. Luckily, there was enough hose (just barely) to nip it back an inch and remake it. But then the starting issue came back. Same thing, took several tries to get it going. After letting it sit for an hour or two while doing other things, I went back to it and it started easily, fired right up.

Only thing I can think of is air in the line that needed to be purged.

But why are fuel lines splitting? This is the second one, both right at the fittings. Looking at the short piece I cut off, the split is obvious. Do I need to consider replacing all of the fuel line? If so, what with? Braided?


Also, I still have the question about the Hydro Fluid I posted above.
Click to expand...

I would not use braided lines! Just get good quality fuel line. The braided is stronger but if they get pin holes they can be harder to find exactly where they are leaking! The reasons for these lines on your tractor not lasting longer could be that its wrong type! Or was old before tractor was built! If new quality hose does it again then they might be bending more than the hose can handle might need hose saver springs put over them in those locations! If that last one seems almost too short might have been too short all along? I have had some hoses that I took off 50 year old tractors that worked fine just cleaned them and put back on! Then on other things have them not last 2 years! Welcome to the modern age of just how cheap can it be made!
Apr 15, 2021 / What did you do on or to your LS Tractor today? #1,782

Diggin It said:
Noticed another fuel leak though. Not sure where this one is, somewhere above the fuel pump on the left side. Bugger to see with the fender on and that's a bugger to take off. Might be the banjo fitting on what appears to be the fuel rail Might try to tighten that up a bit.
Click to expand... 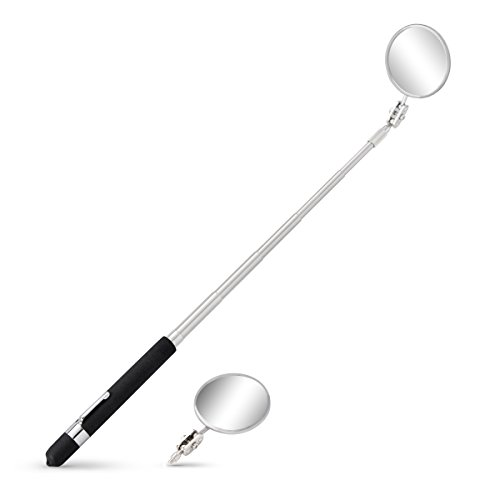 Williy said:
Have you seen the mechanics mirror with a short handle you can see behind things with a flash light very handy to have

I just put my old cell phone with long pliers under or behind things with video camera going then just watch it! Really works good when by yourself and need to move something to see what is happening!
Apr 18, 2021 / What did you do on or to your LS Tractor today? #1,784
W

Added new feet today....we'll see how they do.

It was such a nice day, yesterday, that I decided to take the day off from work and go fishin.

When I got home, I saw my little man playing in the dirt next to (and under) "Daddy's Tractor"
So I had to take him for a ride around the property.
That child has a borderline unhealthy obsession with tractors!

Wonder who's fault that is? 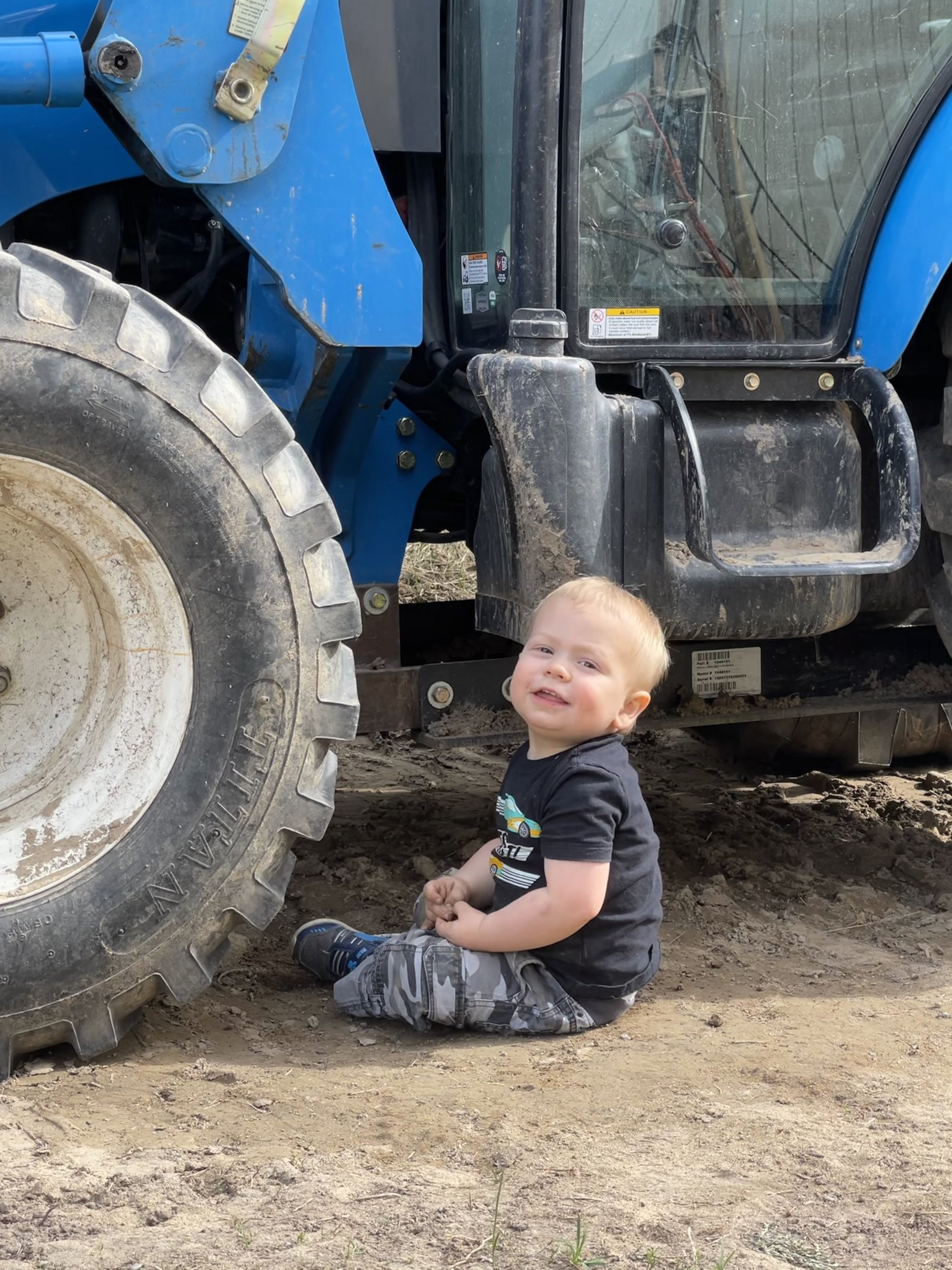 Avenger said:
It was such a nice day, yesterday, that I decided to take the day off from work and go fishin.

When I got home, I saw my little man playing in the dirt next to (and under) "Daddy's Tractor"
So I had to take him for a ride around the property.
That child has a borderline unhealthy obsession with tractors!

Wonder who's fault that is?

I dont understand why it happens mine only rode on the tractors to take naps and give mom a break! Why would they now all think they should have one! Other day i was doing maintenance on my backhoe and 5 year old is like so when your done can I use it to dig some holes!
Apr 21, 2021 / What did you do on or to your LS Tractor today? #1,789

Broke ground on the new shop today. (i know it's not an LS but my MT125 would have taken a month to get this done....)

HORN?? Reminds me of my tour in Italy NATO AFSOUTH Bagnoli
Naples Italy were down town Naples is Beep Beep Beep Beep Beep
and you go to Roma no Beep Beep unless its a Neqpolitan from Naples.
You can even get a choo choo horn just look at all the horns: