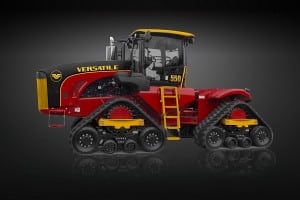 Versatile was the first to mass-produce articulated four-wheel drive tractors back in 1966 and the company marks 50 years of continuous tractor production in 2016. Several events are planned to celebrate the occasion starting with the introduction of a retro-themed tractor known as the Legendary Limited Edition.

The Versatile Legendary Limited Edition features historic red and yellow paint, special decals and pays tribute to 50 years of continuous four-wheel drive tractor production. Available in articulated four-wheel drive and DeltaTrack, only a limited number of these tractors will be made available for purchase in January for delivery during the summer of 2016. In addition to the special paint and decal scheme, these tractors feature a special serial number, a plaque with the buyer’s name, and includes a trip to Winnipeg, Manitoba for a special VIP event at the factory in July. 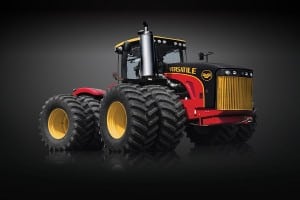 These Legendary Limited Edition tractors will be on display at tradeshows in 2016, including

More information on the 50th Anniversary of Versatile will be available in early 2016.