A quick trip to selling dealer and no luck… even made request for system inventory and no luck.

It was described as a phase out of non carb approved models over time.

I modified a Tanaka tank and it works well.

My dealer said we can’t condone mods for many reasons including CARB but I said this predates California Air Resource Bureau…
Jun 6, 2022 / trail clearing technique and tools #372
OP

With summer kicking in here, we are doing less trail work. Nonetheless, this morning I was out there with our civil engineer buddy looking at our parking lot for needed upgrades. We hope to properly grade it for water drainage, add gravel or rocks and create space for snow storage. Snow storage is a BIG deal here. 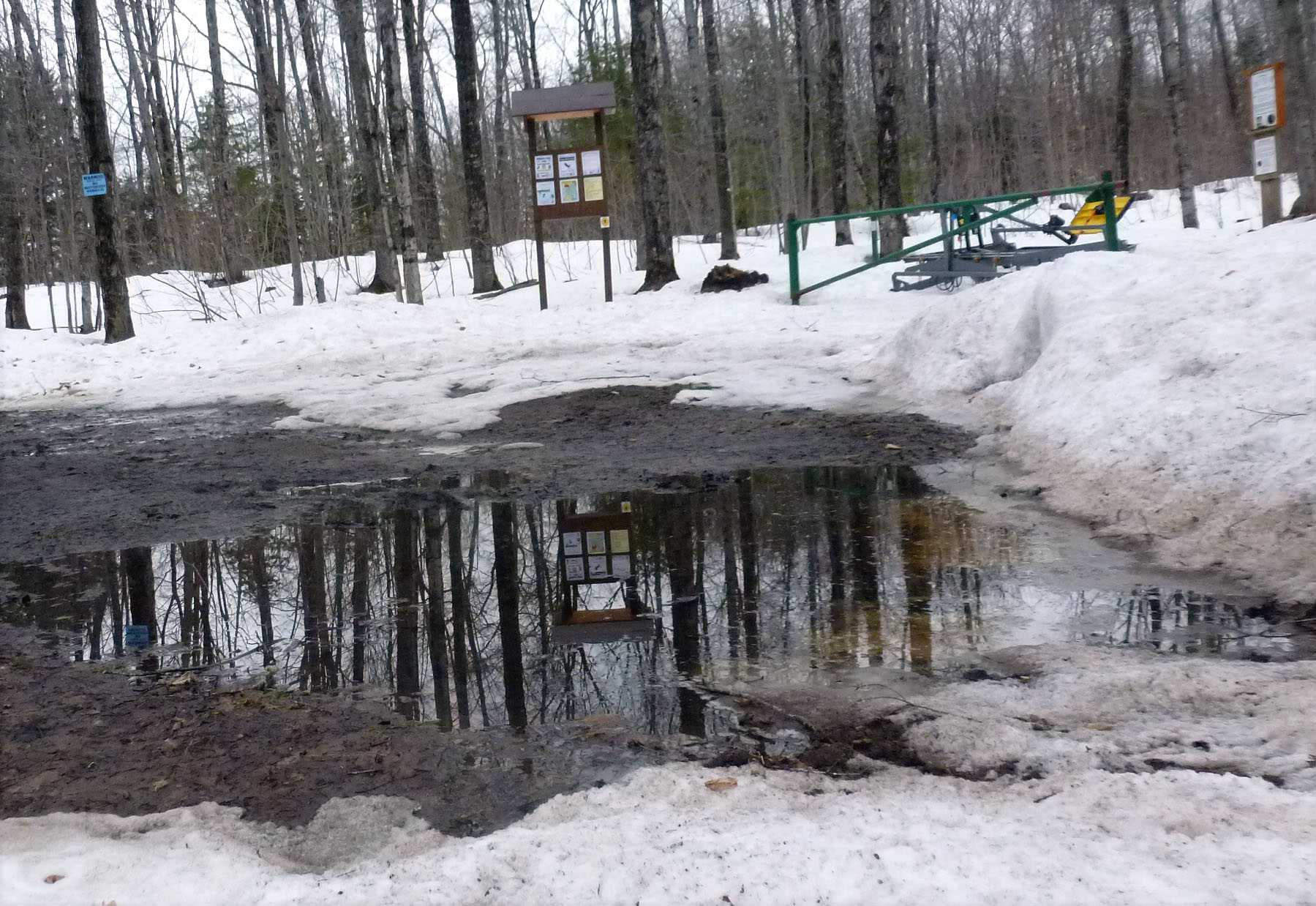 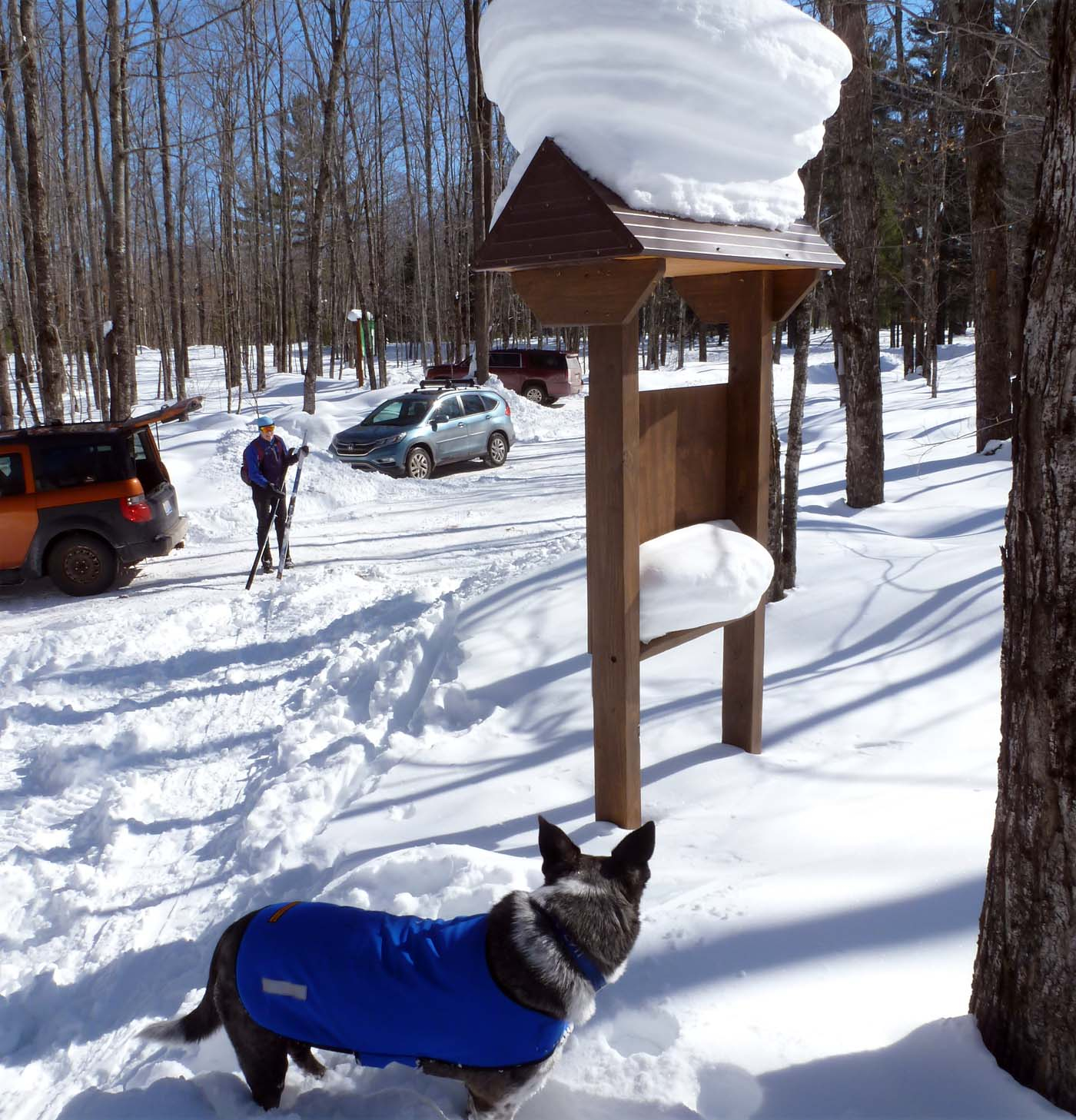 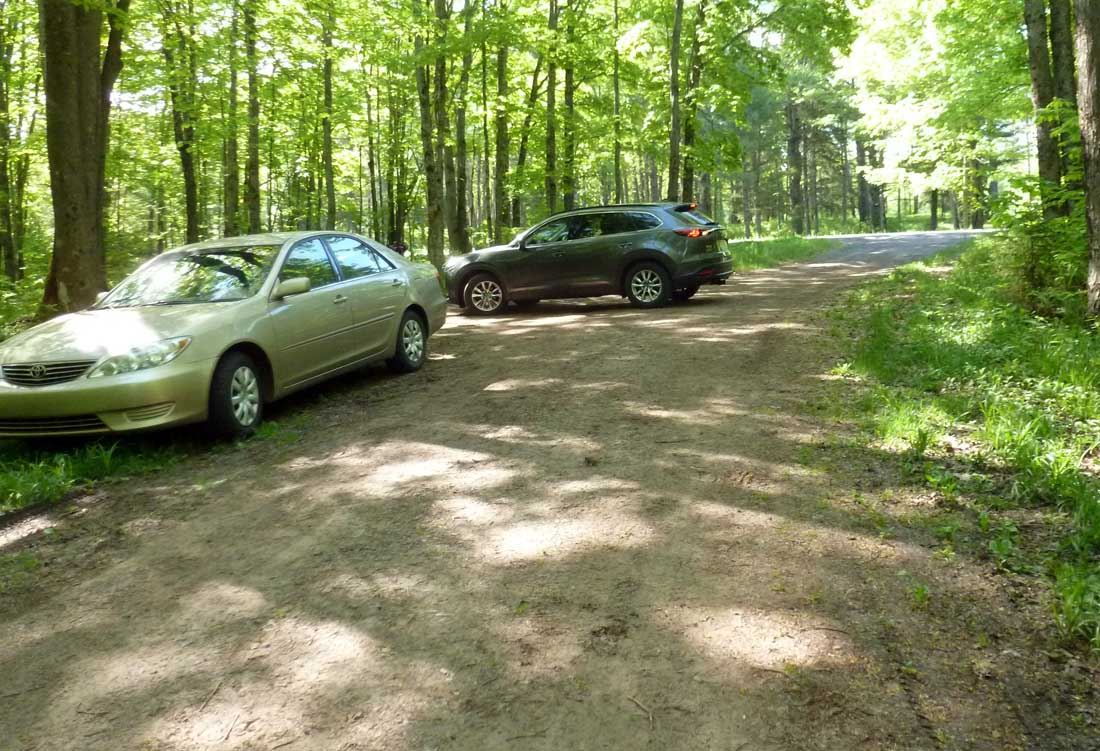 Over the weekend we cut and moved 4x6's out there to get board walks out of the mud. 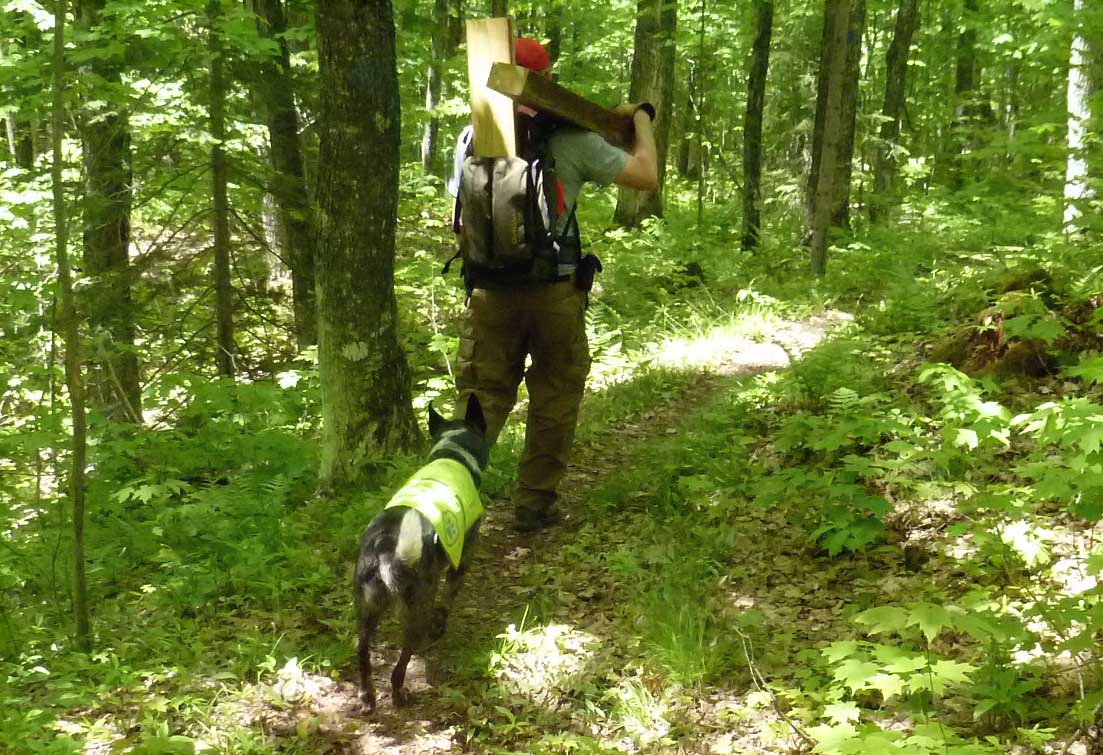 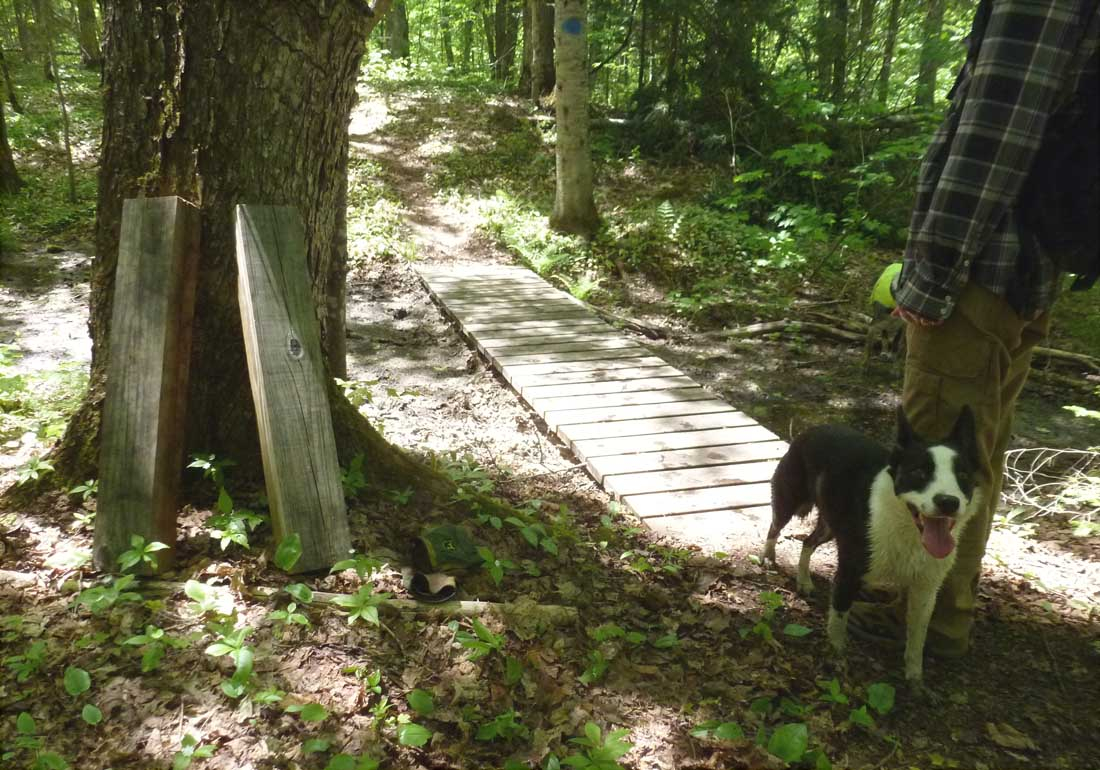 Skagit said:
It's like a round hedge trimmer, store said they just got them in and had only sold one so far to a guy using them for clearing blackberries and he loved it. We'll see how well it works.

We started into whacking weeds and shoots down on our trails today. We are running 3 and 4 string heads with .155 string in them. (this is for new people here who will inevitably tell me to use XYZ string in a feeder spool system) 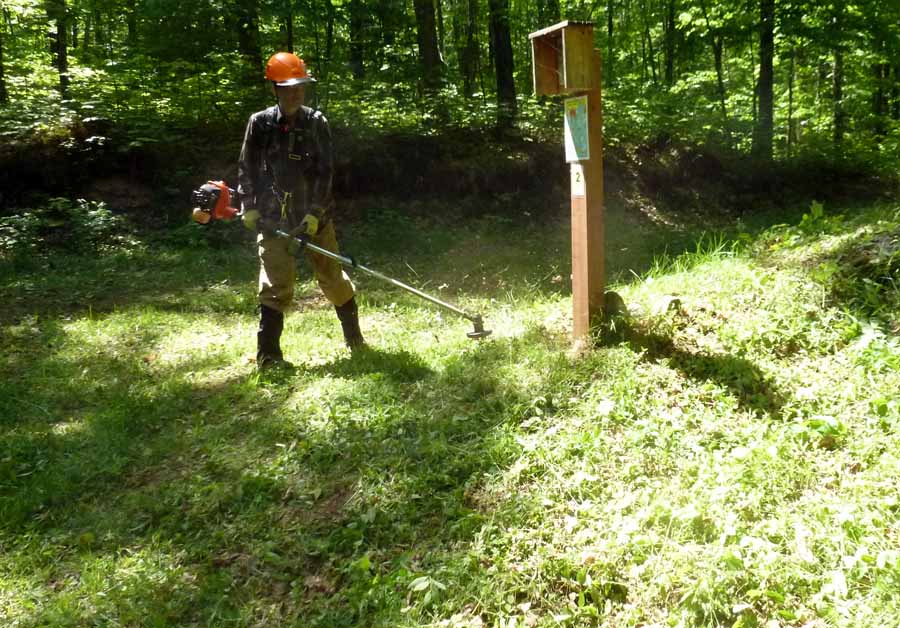 Before. There are maple shoots. 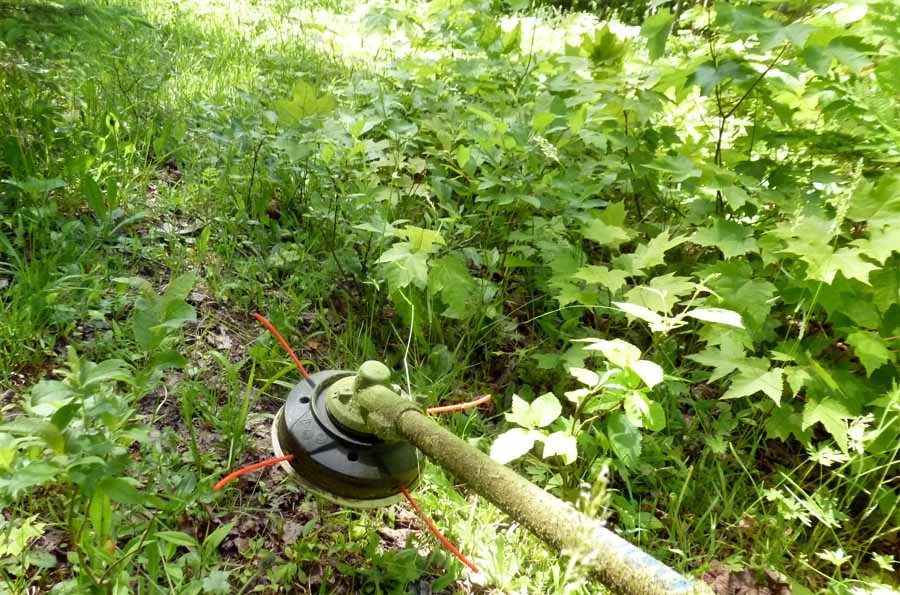 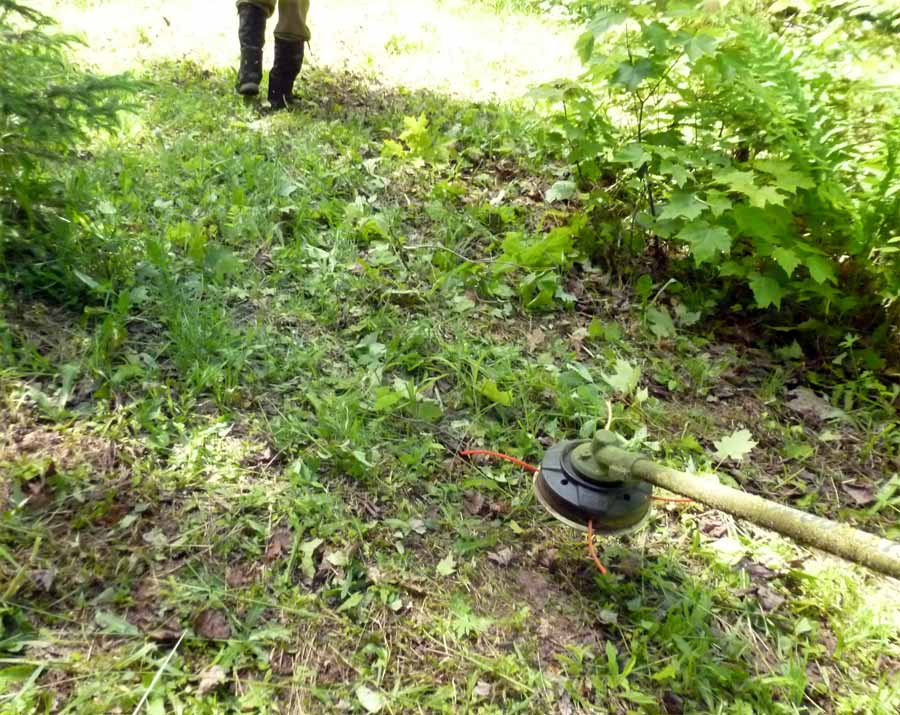 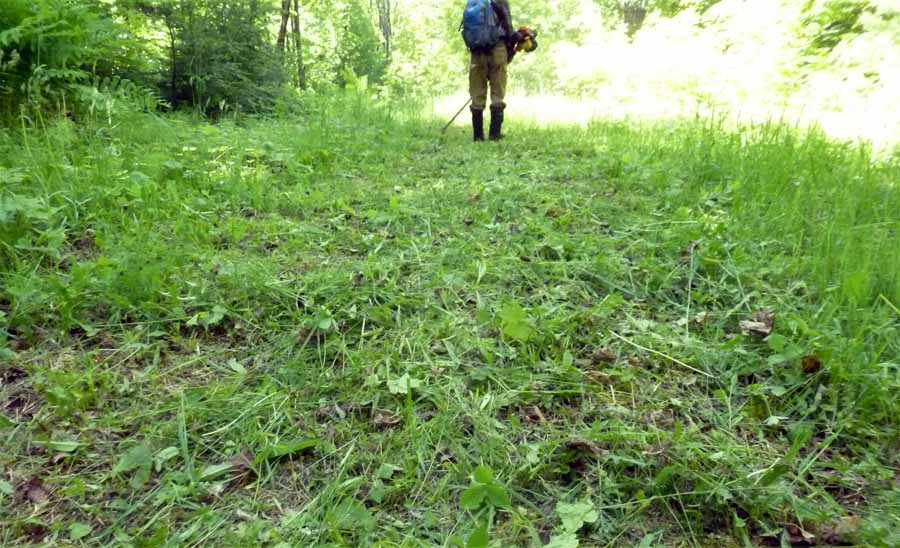 Found this across the trail but no pole saw with us today. 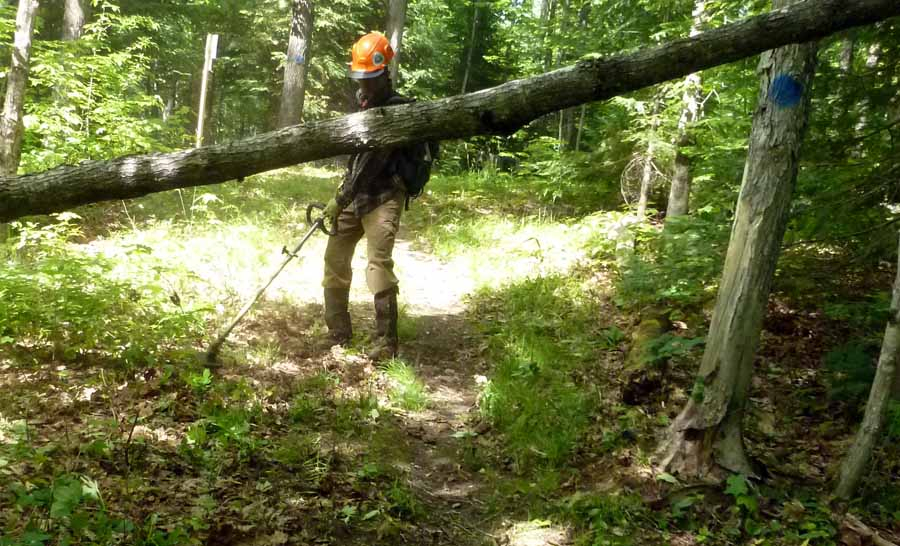 Some of us cool off in the creek. 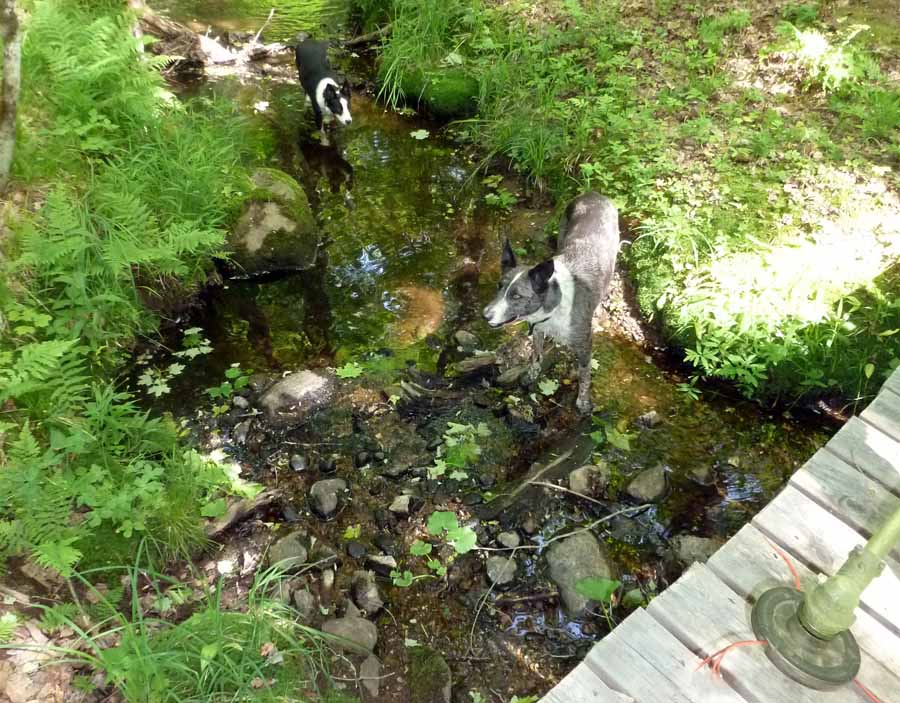 We had so much fun. 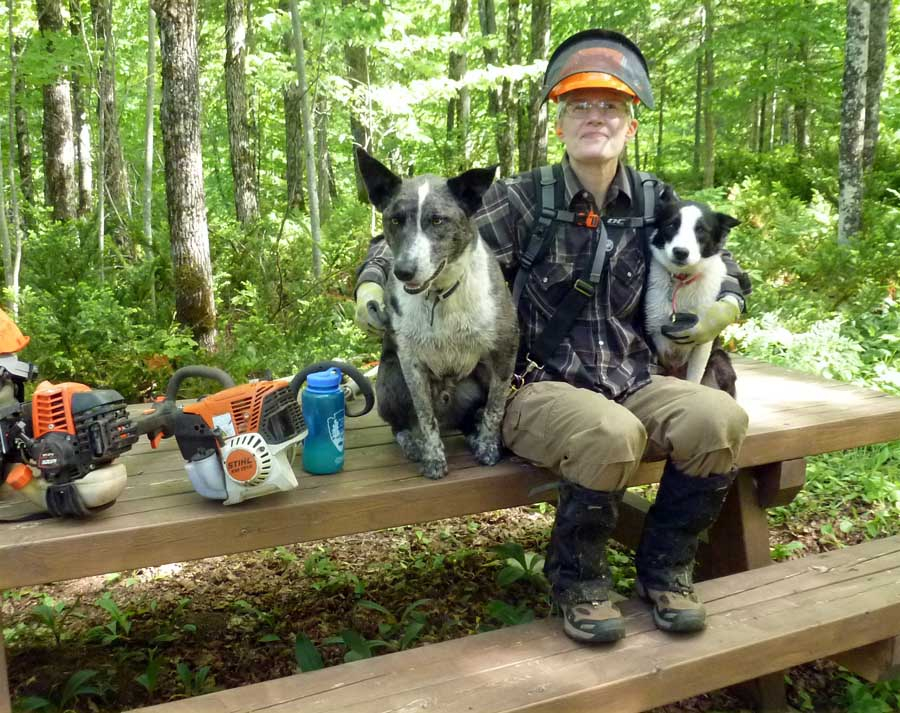 ultrarunner said:
I continue to receive good service from all my Echo Tools…

Nothing bad to say except they stopped supporting my 40 year old Handlebar Brush Cutter!
Click to expand...

+1 on Echo tools. I don't have anything that old, but my chainsaw is over 25 and still going strong with many, many cords of wood in it's mirror.
Got a straight shaft trimmer that needs a carb rebuild, got a kit from Amazon just haven't gotten around to doing it yet. That's gotta be 20 years old too.
Jun 22, 2022 / trail clearing technique and tools #376
OP

Me and the mutts were out on the trails today to refurbish dated map signs. This is what the roofs looked like. 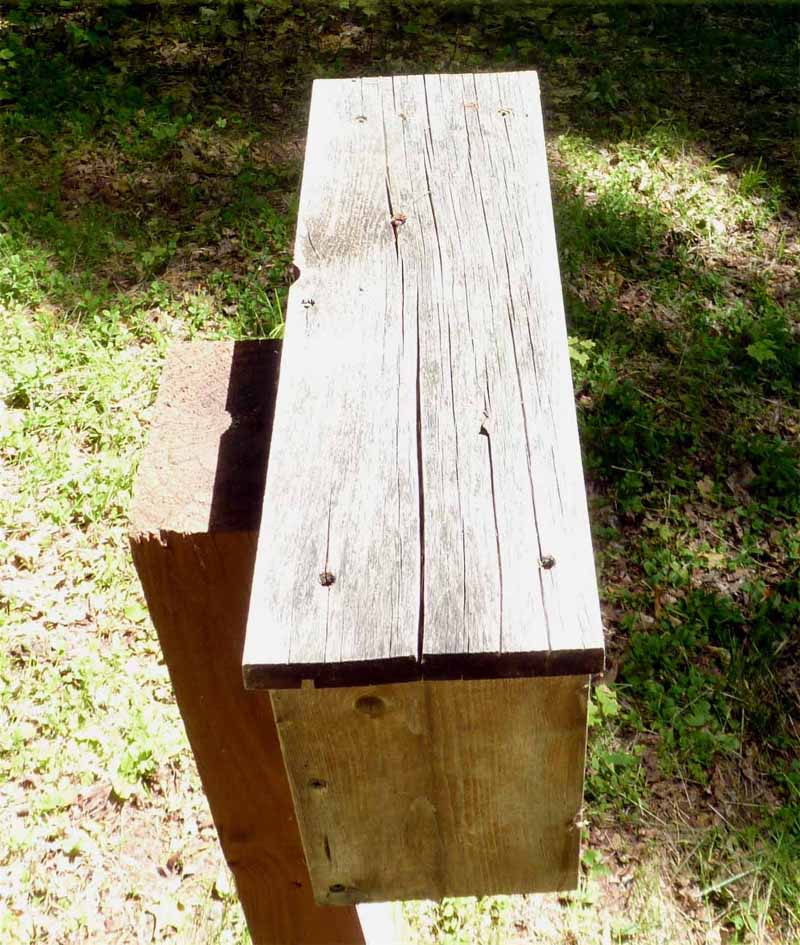 After new roofs were installed and re-staining them. Its 3/8ths abs I used. 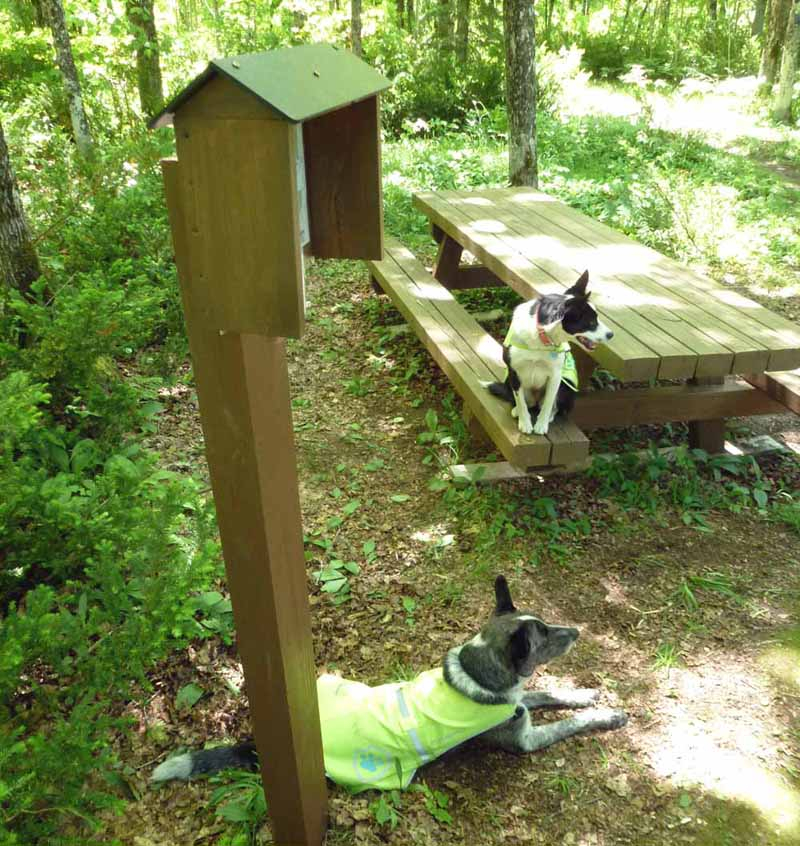 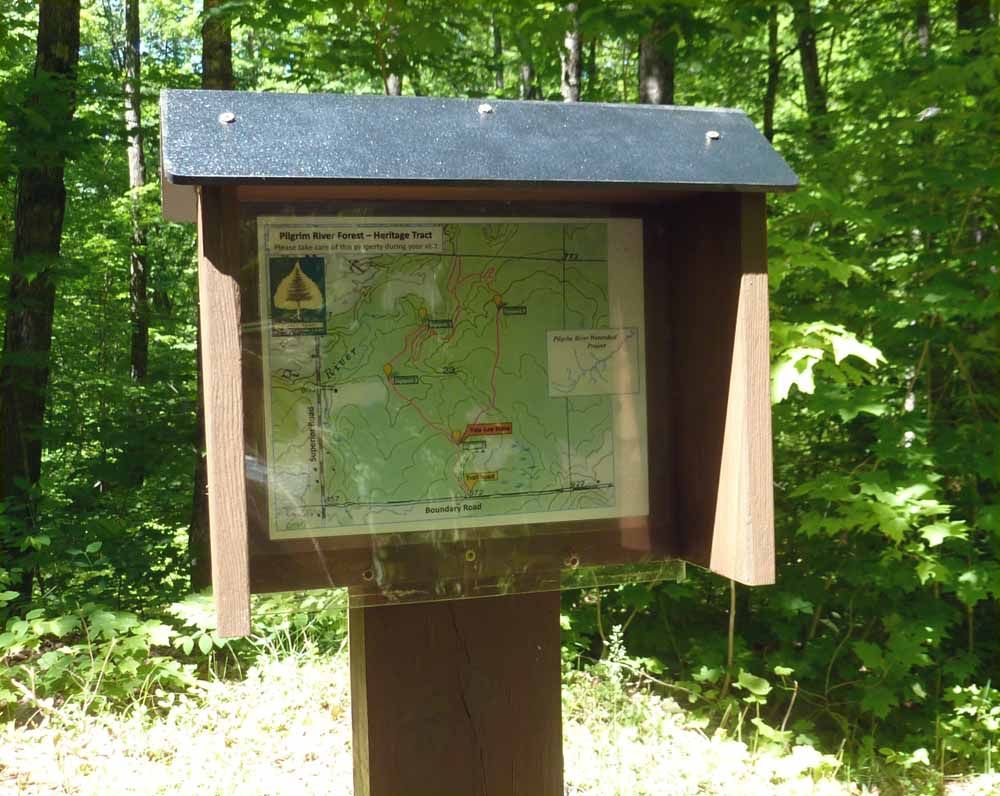 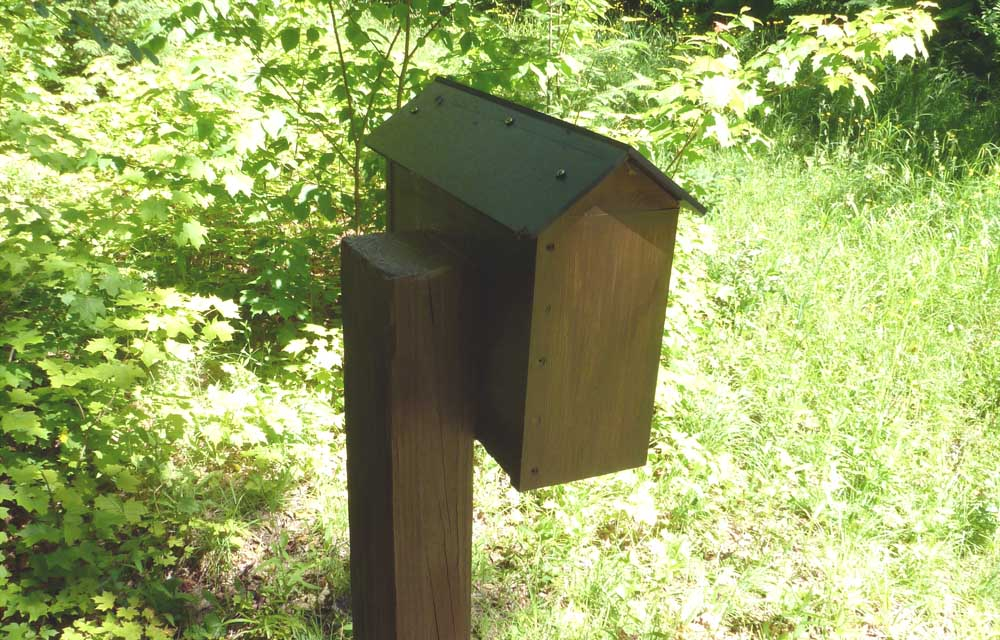 We were out on our trails this morning whacking weeds down, basic summer upkeep. This portion is logging road which we are hoping to get a small tractor and three point mower to do. 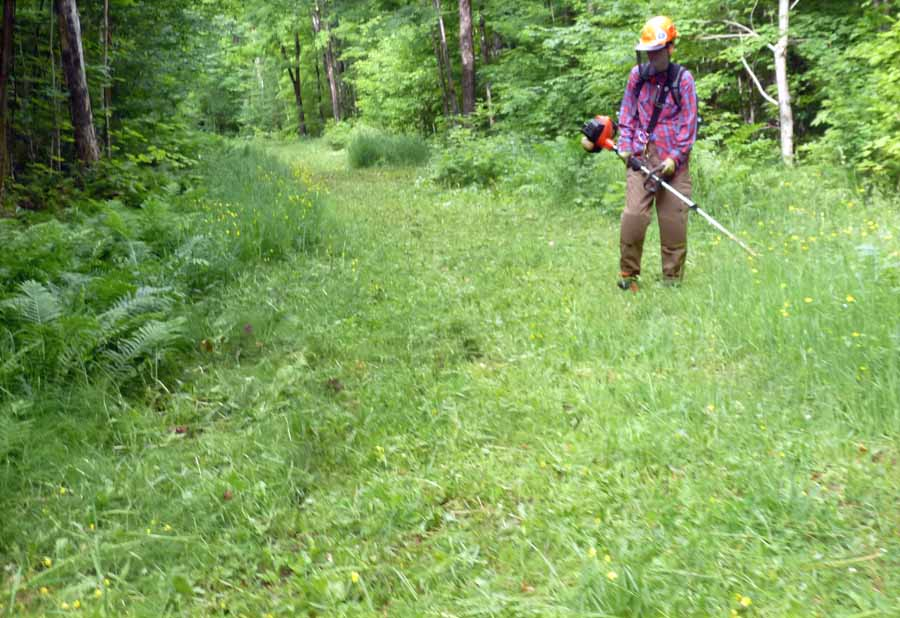 Like this. I have a thread about it here. 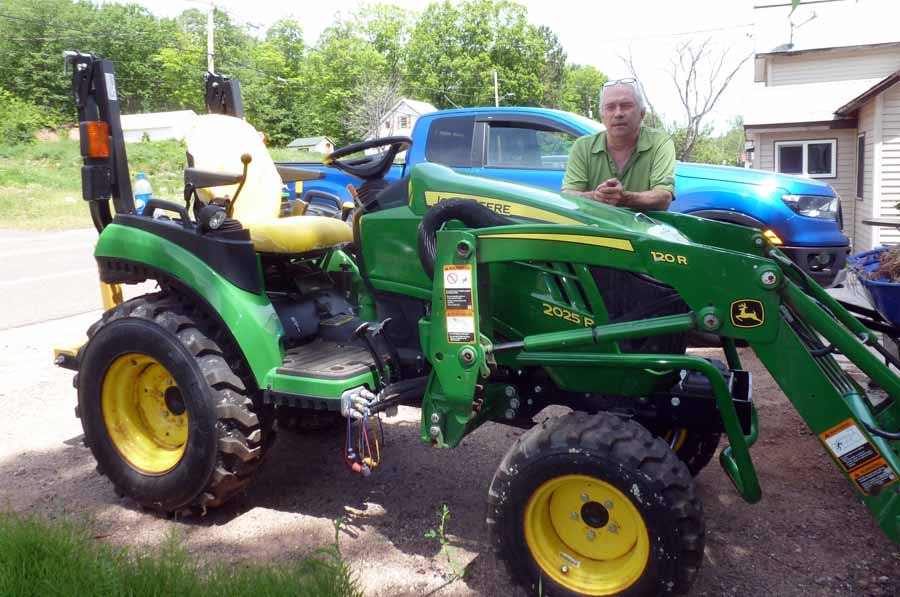 This is one year of growth of maple shoots. Ya, they grow like weed's here. This isn't the trail per say but a turn-around location for us in the winter. 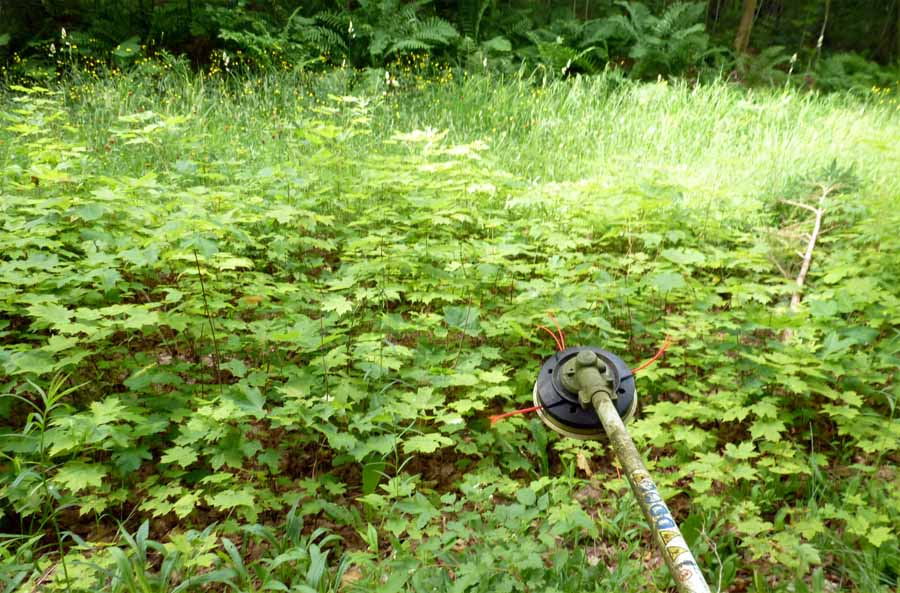 After hitting with .155 string. It was about 2ft tall. 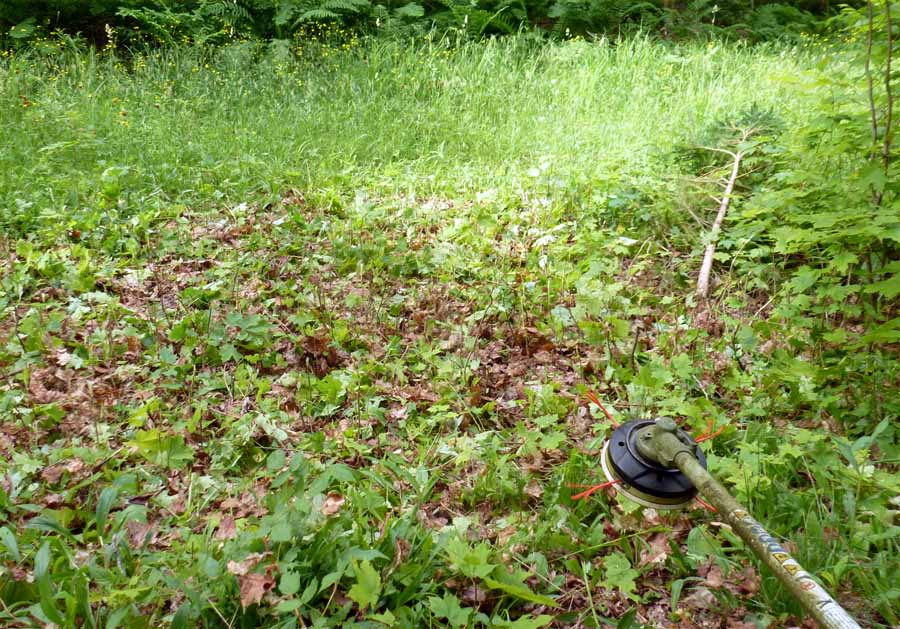 More from today. This is yet another patch of Canadian yew. From Wiki. 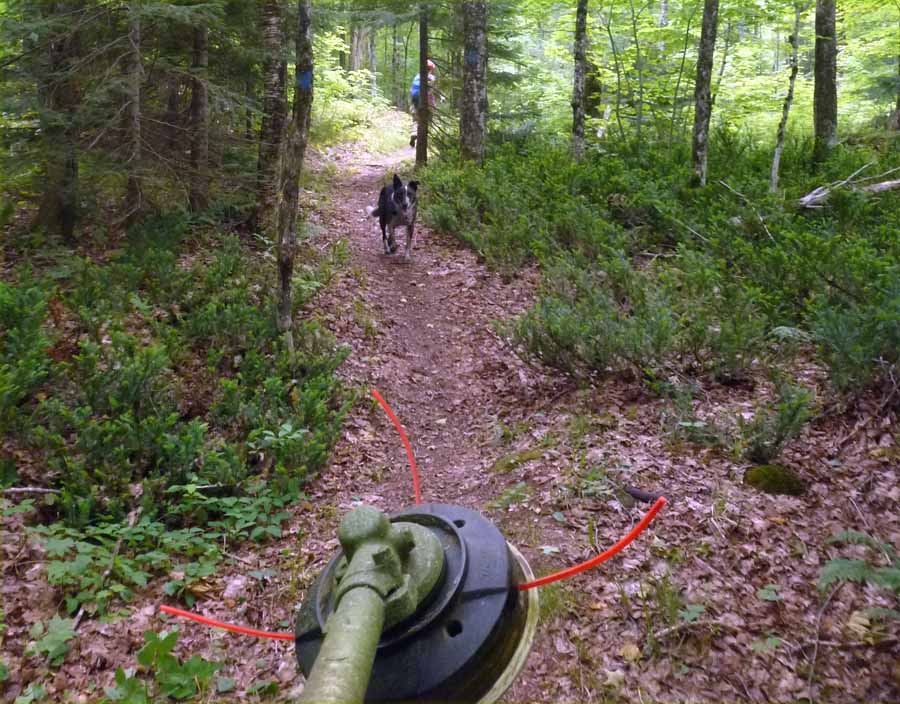 We see trees with "dog legs" grown into them all the time. Someone said that snow loads break trees off but they survive and keep growing. 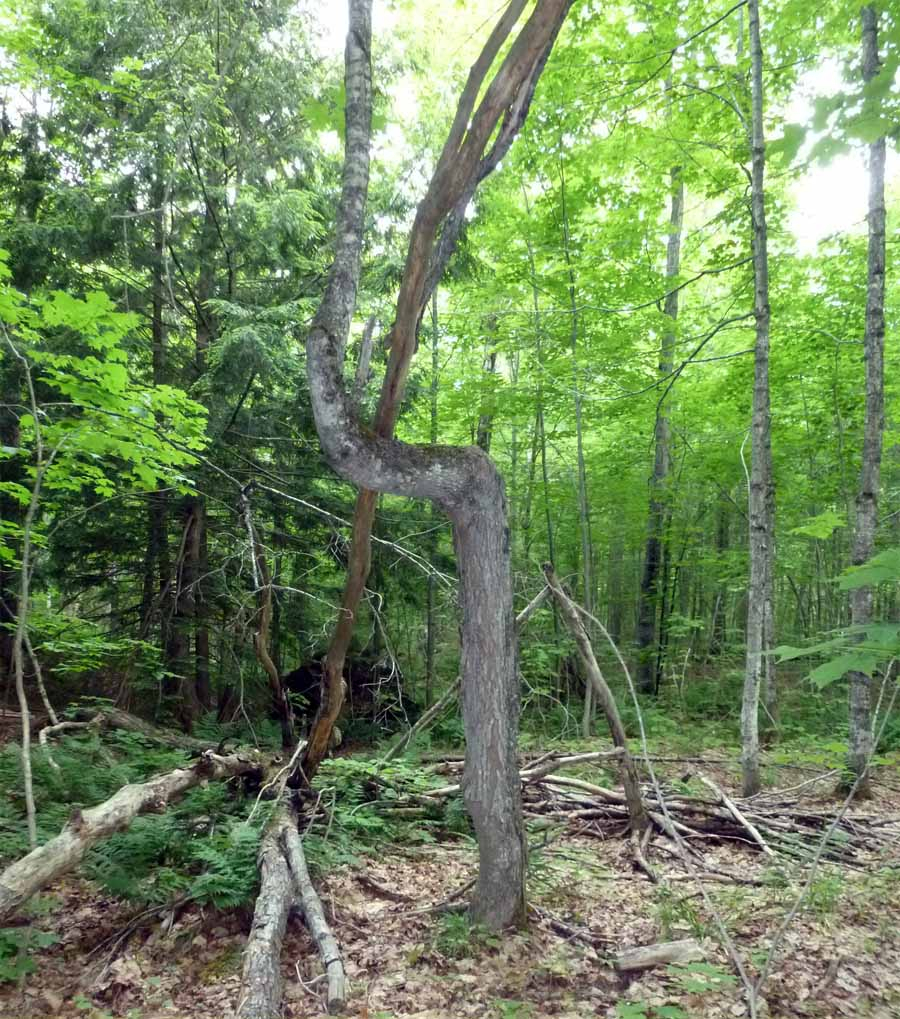 With nice and cool weather here today, we were on the trails and raised some predestination bridges that were a tad to low. The lowest one sat in the water for a month so we raise them by adding 4x6's under them, then added rocks as dirt damns and fill so as to make a little ramps for them. Cyclist are not common but do use these trails. Many more skiers and hikers do than cyclists used them. Two bridges were done today so the pics might be confusing. 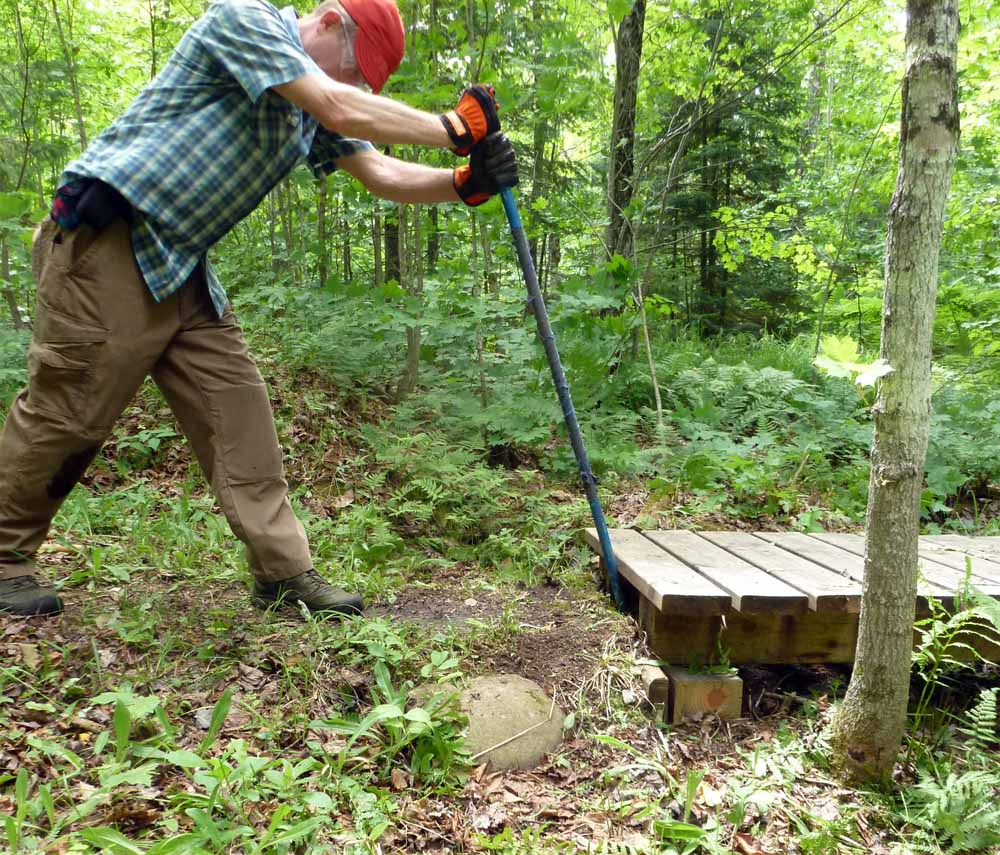 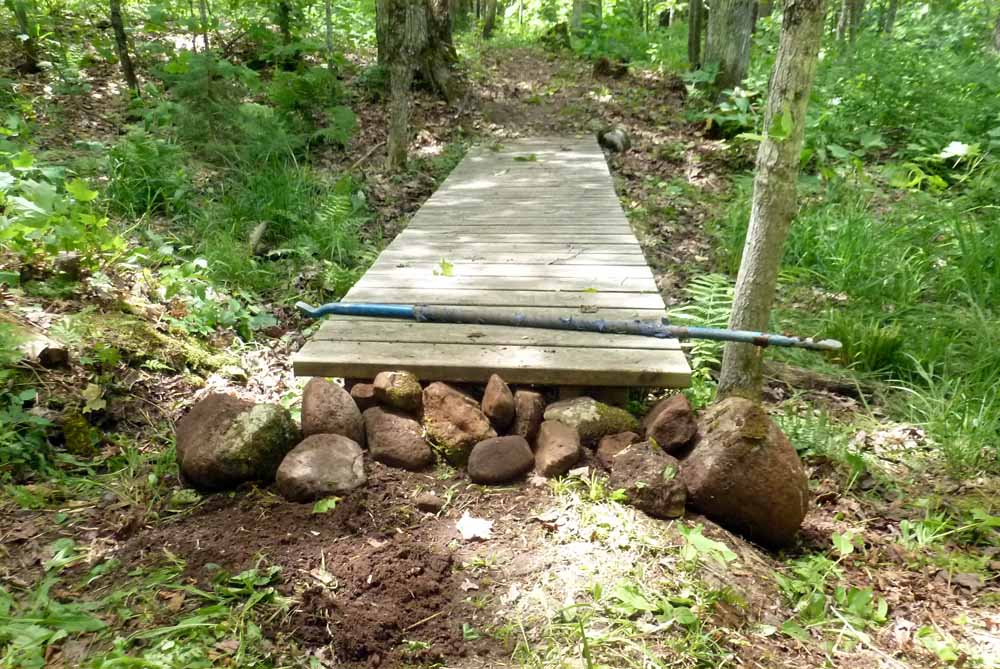 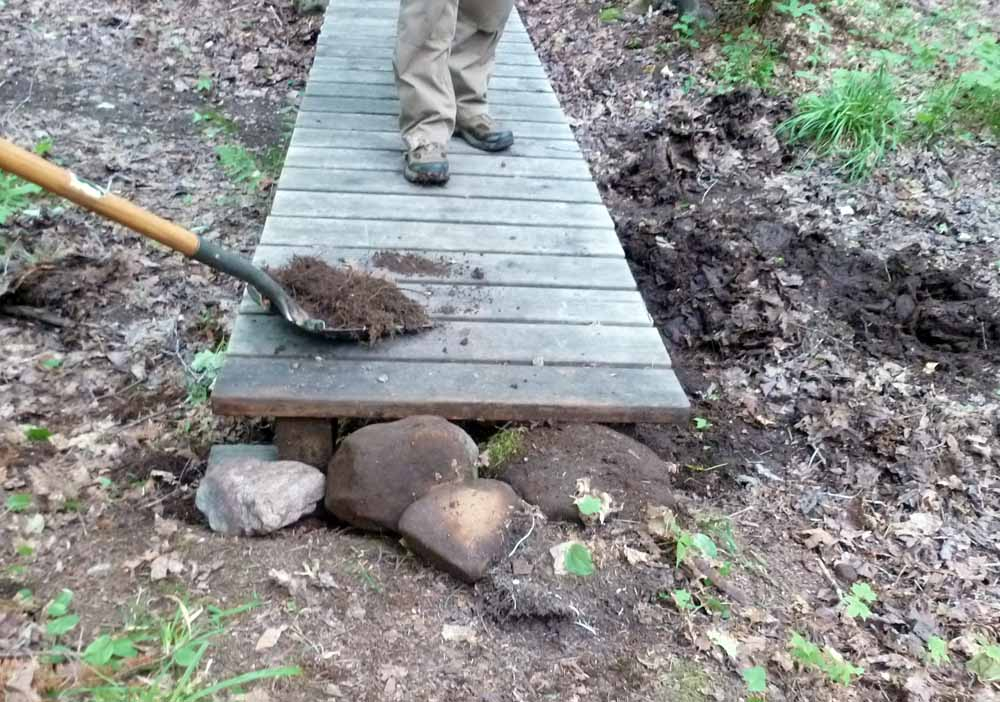 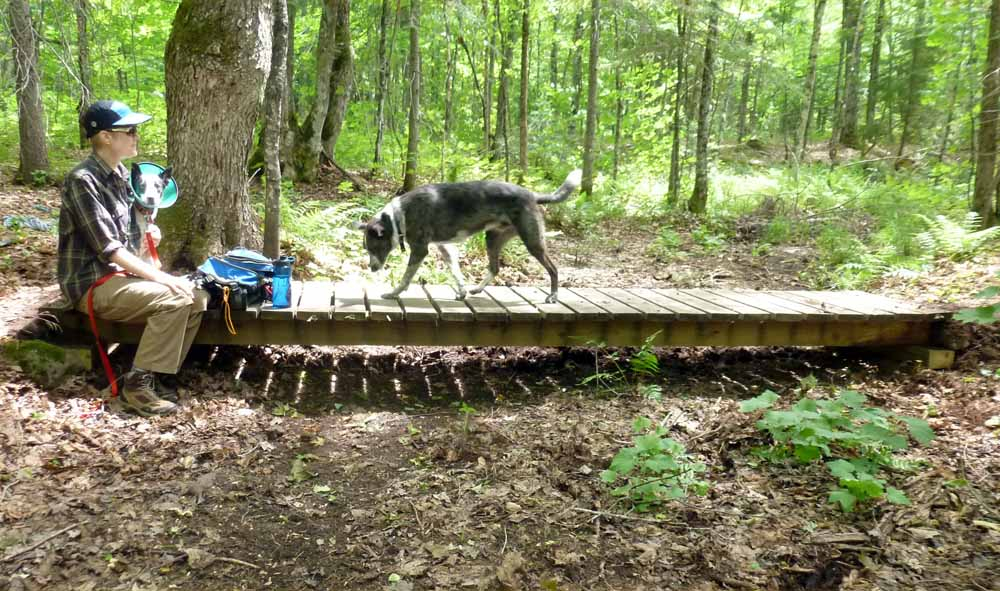