Christmas is the time of year to be cheerful and festive, and a huge part of the holidays involves sharing that cheer with others. It can be doing something simple and small, like sending a Christmas card to friends far away or singing some Christmas carols with your children.

Some people go a little bigger. That is exactly what farmer Dan Prunty from South Dakota did. He went big. He wanted to send a Christmas message far and wide that would bring a little holiday cheer everywhere it reached.

The caption to his video would proclaim:

“So, what do you get when you mix a tractor, a drone, and 10 inches of snow? A TWO ACRE MERRY CHRISTMAS! Hopefully, Santa will see it when he flies over on Christmas Eve!” 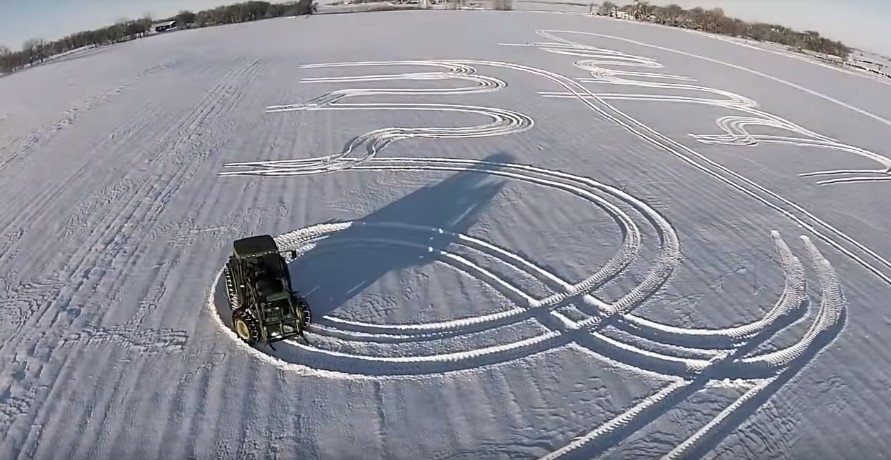 Dan waited until there was enough snow on the ground to set his plan into action. His son, Adam, was the only one who knew what Dan was up to, but the nation would end up enthralled with the results. Maybe we’re not the only ones who love what tractors can do!

His son sent a drone into the air to film his dad’s efforts as he twisted and turned on his tractor to carve the message in the snow with his John Deere 6400 tractor. The entire message covered over two acres of land.

Adam did a dry-run first and then his dad drove the tractor while he filmed everything with the drone. 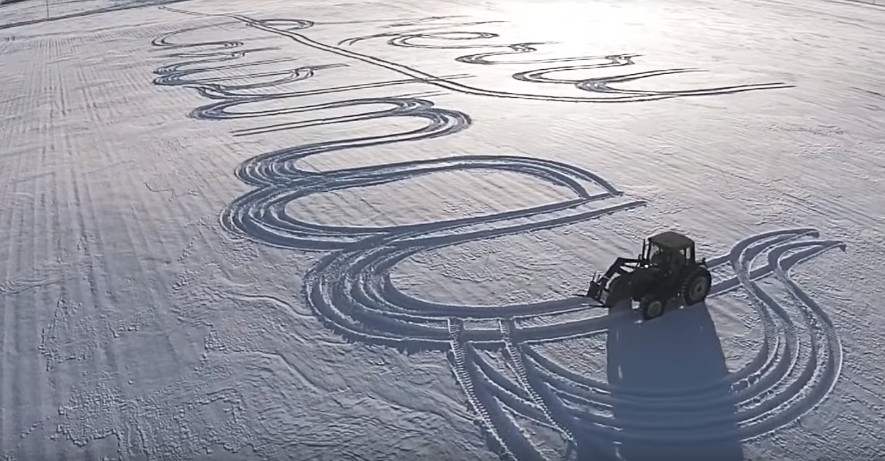 They originally made the snow art as a way to say “Merry Christmas” to friends and family far away, but many across the country loved the artwork as well and the video went viral. 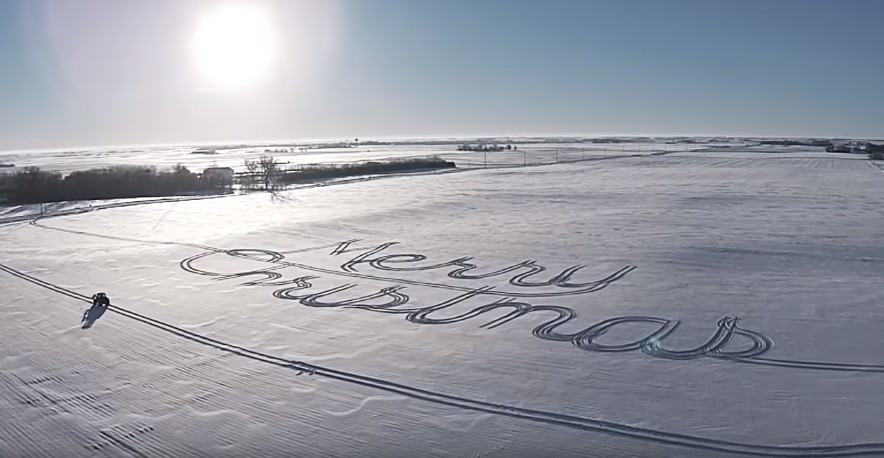 Many people in the comments were happy that Dan used the phrase “Merry Christmas” instead of something more generic like “Happy Holidays.” For many, it’s nice to hear (or in this case, see) the traditional greeting making a comeback. It seems perfect that the classic phrase was written with a classic tractor brand.

Dan’s effort to spread holiday cheer certainly paid off this holiday season. On the next page, check out the video of the entire thing!