MoKelly said:
My wife and I saw Bill Clinton when he was Gov. of Arkansas and just beginning to run for President.

She is from Little Rock and we were there for Christmas. We were shopping and he pulls up (driving himself) and double parks and runs into a store.

A while later he comes out of the store with a gift, gets back in the car and leaves.

So, we saw him but really did not meet him.

I was shocked he was driving himself with no bodyguards.

On the way to a girlfriends

I got a bunch but the strangest was

He was a customer in the space business.

Must run in the family

Grumpycat said:
That reminded me I used to work for Owen Garriott when he was VP of Space Programs at TBE. Met weekly in his office.

I used to work with Shannon Lucid (female astronaut from Oklahoma) at a Research laboratory in OKC before she became an astronaut. She was an X-Ray analyst, and was working on her PhD at the time as I recall. Her name was Shannon Wells at the time; married a Chemist that worked at the Lab by the name of Mike Lucid. I replaced her when she left. 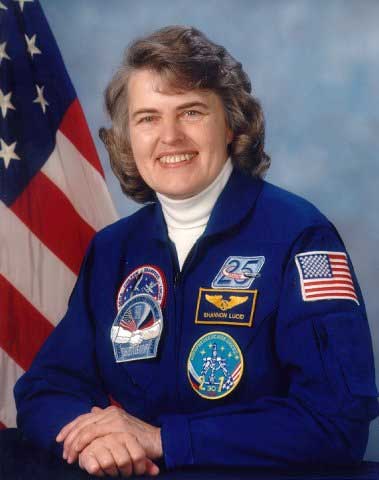 This is my favorite story. When I was in college, I was working in a grocery store in Bethany Oklahoma. One day, this guy, who looked familiar, came in by himself. We weren't busy, so I was stocking shelves. When he got ready to check out, I went up and directed him to my check stand. When he had made his purchase, he gave me a check signed "George McFarland". I looked at it, looked at him, and asked him "Are you Spanky?" He said "Yes". I asked him what he was doing in Oklahoma, and he said he had relatives here and was thinking about opening up a liquor store (Oklahoma had just voted "wet").

He came in several times after that, and he invited me to come to his new BBQ restaurant that he opened in OKC. Went there several times; it was only open for a couple of years, and he closed it. Never saw him again.

I also worked in a grocery store in New Mexico, where Glenn Campbell's wife, Diane, worked. Saw Glenn many times, especially at a bar called "The Hitching Post" in Albuquerque, where he played.

I met Bob Wills when I was about 5 years old; in Pawhuska Oklahoma; Dad took me up to the bandstand and I got to shake hands with him. I also met Lady Bird Johnson, Barbara Bush and Red Buttons.
Jul 21, 2021 / Celebrities I have met #35

Nothing recent. Me and the wife ran into Al Pacino at the airport in NYC, he was buying a magazine. He had a police escort. He looked pretty disheveled (like he slept in his coat and just now got up) and was sort of awkward.

My wife shared an elevator with Brad Pitt, Angelina and their kids. The little asian boy bit his brother, and Angelina grabbed him, knelt down and screamed at him "STOP BITING", and the little sh*t started slapping her!

When my dad was in the merchant marines he was stationed somewhere that I don't recall now. I think it was on the east coast. He went in a barber shop to get a haircut and the place was a roar of laughter. I finally realized Red Skelton was in the chair getting a trim and telling jokes. He had the opportunity to talk to him for a while as I remember. Sure wish he was still around to ask him about it again.
Jul 21, 2021 / Celebrities I have met #37

Citydude said:
I met Pete Rose in Vegas, he was scheduling a signing of autographs in a small sports clothing store. I was the only person in there besides the manager at the time. Pretty cool guy as he wanted to know what part of Wyoming I was from and he recognized it. He never stopped smiling.
Click to expand...

I dated a girl when I was 24, for about a year. She was kind of a little older than myself. Smart, beautiful and had a good position with a bank (she wasn't a fluzie).

One night out at dinner, we're talking about stuff, and the conversation goes to sports, and she mentions her last boyfriend was a pro baseball player. Non other than Pete Rose. Honestly didn't believe her until I saw some pictures later (she got kind of tired of me saying I didn't believe her LOL).

Only time in my life I was in awe of my girlfriends old boyfriend.

For whatever reason out of curiousity, looked that girl up a couple of years ago. She's a grandmother and in her 70's. Needless to say, I felt pretty old.
Jul 21, 2021 / Celebrities I have met #38

My company won an award presented by the CA Governor. Our product developers should have gotten recognition-- but the Gov's office wanted to present to the CEO instead. That was me.

The press would attend so there would be plenty of photos, but our Marketing director wanted a one-on-one photo of me and the Gov for his portfolio.

He called the Gov's office to inquire and arrange this, and was told: "I'm not sure the Gov will have time, right afterward he needs to attend an event to help retire his large campaign debt. [HINT HINT]

She asked me how much $$ to offer for a photo. I said zero. So I have a nice photo with about 6 of us instead, which is fine. Funny thing is, I had earlier made a sizeable campaign contribution as a private individual, but not via my company.
Jul 21, 2021 / Celebrities I have met #39

K5lwq said:
I spoke to Sandra Bullock through the speaker at the gate to her house one time. Does that count? Turns out she does not care that I have a hall pass.
Click to expand...