jeff9366 said:
CHULETA, Brian, you continue to post the most interesting suppliers?

:laughing:These are all things that a person sees at the Tulare World AG Expo in California. You know that these manufacturers always want to show the extremes. The worlds largest disc which isn't weight wise, but is for width is pretty impressive at 60' in width. They claim in the brochure that 50 acres an hour can be tilled with it.
Nov 29, 2013 #32

N80 said:
I doubt compaction is an issue with that one......penetration probably isn't either.....
Click to expand...

One of those implements that has no purpose because for it to actually work, the process has to already be completed.
Nov 29, 2013 #33
S

jeff9366 said:
When do you find time to read outside TractorByNet?
Click to expand...

Speed reading, that's my secret. Read only one of every few words. I'm almost done with War and Peace right now. It's something about a dispute.

Actually, TBN in the winter is a wonderful thing as long as I don't stray into the political section.
Nov 29, 2013 #34

sixdogs said:
Speed reading, that's my secret. Read only one of every few words. I'm almost done with War and Peace right now. It's something about a dispute.
Click to expand...

You know, War and Peace was originally titled War, What is it Good For. 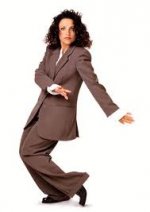 One thing no one's mentioned yet is the tendency of a tandem disc to leave a narrow strip in the middle of the gangs that isn't touched. Some have a cultivator type claw that takes care of that strip, others don't. The offset disc doesn't have that problem.
Some older tandem towed discs were actually articulated between gangs, the one I have was like that originally, although now it's been converted to a relatively solid 3-point type. One of the advantages to the solid frame is that it's much harder for the disc to follow the terrain contours, so it does a better job of penetrating high spots and leveling the ground.
One of the things I noticed after converting mine was that the front gangs penetrated much better than they had before, they had no choice other than lifting the rear gangs clear of the ground.

Sean
You must log in or register to reply here.