A word of caution regarding glow plugs on older L series.

A couple of models used series wired glow plugs instead of the much more normal parallel wiring. The L210 is definitely one model but there may be one or two more.

What I find is that owners have read wiring diagrams they did not understand and then wired up their model in a way which may be incorrect.

This is a series glow plug. 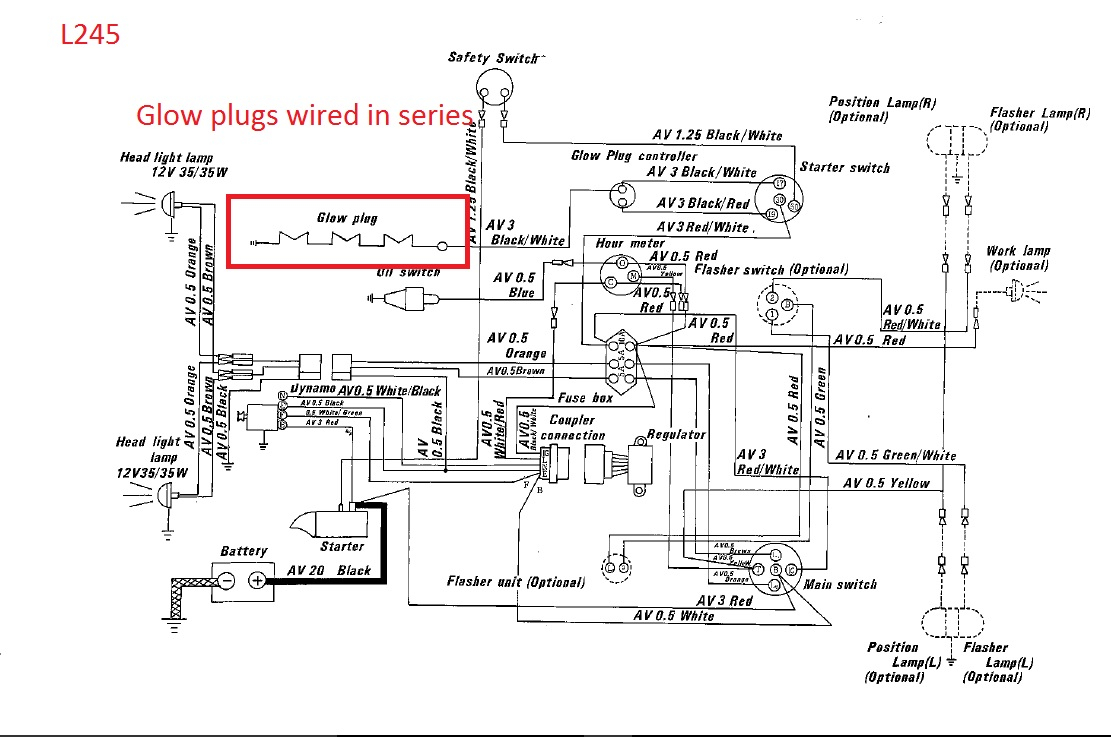 If the owner wants to post a photo of the GP's on his engine I can offer an opinion on their wiring..... series or parallel.