You can make just about anything work weight wise as even a light duty trailer should be able to handle any implements you'll be getting, but what you do need is space available on the trailer. 72" cutters on a 84" trailer w/ 70" x 14.5' deck just barely makes it. Something to consider. 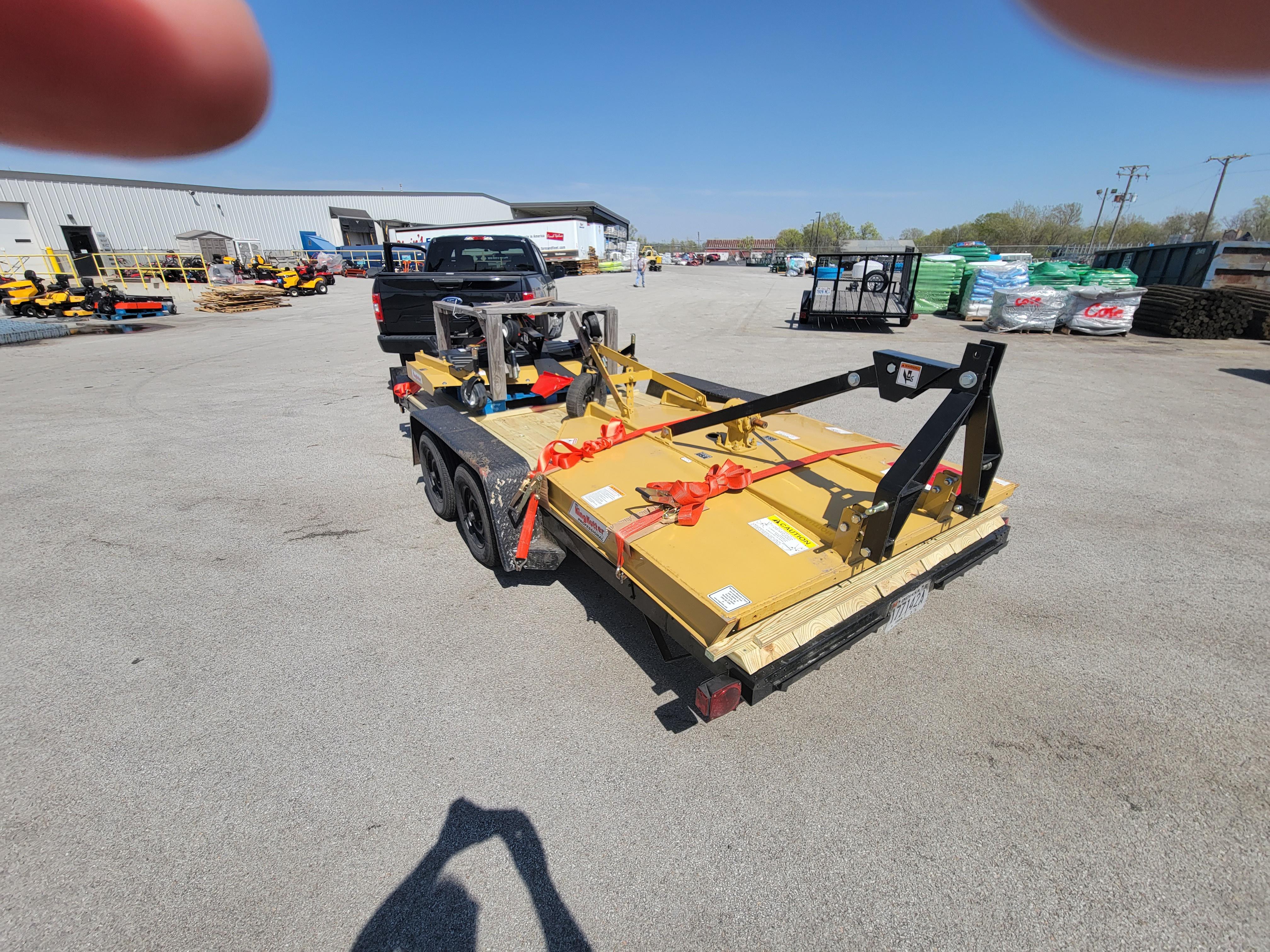 Tractor
Looking to purchase a Compact Tractor in 30-50 HP range.

Thanks, guys. The truck bed idea wouldn't be bad if the truck market still valued beds over seating. Trailers are becoming a lower priority thanks to your advice. At the very least, I will not buy one right away...unless my wife wants one for hauling stuff from current house to future house.
Sep 8, 2021 / Heaviest attachments #23

Even a 5.5ft or 6.5ft bed can carry a fair number of implements.

Have brought home a 6ft box blade, a 6ft wide loader bucket, 66inch grapple, and even a 90 inch spike harrow (a five bar set up) among other smaller implements in the back of a crew cab Ram 1500 ..... the spike harrow had to be set on a few pallets to get it above the wheel wells, but otherwise it wasn't an issue (granted I generally tend to be pretty obsessive about tying things down so driving with the tailgate down and load in the back doesn't bother me that much).

First implement that actually required a trailer for me was the disk harrow (due to the footprint of the implement). ....which is something that sounds like you won't need (barring a change of plans & putting in food plots or garden).

The limiting factor may end up being how long of tines are on the pallet forks used to load/unload items as they'd need to be able to get past halfway into the load for stability.
You must log in or register to reply here.