MossRoad said:
I also remember we'd drive from here to DC every year to visit my aunt and uncle and cousin. In the mountains of Virginia we'd be going up hill and slowing down. All 7 of us would start rocking forward and backwards shouting "I think I can! I think I can! I think I can!" We'd eventually make it to the top of the hill and scream WHEEEEEeee! as my dad would pick up speed for the downhill side. Great times!
Click to expand...

California said:
Try that with a Tesla!
Click to expand... 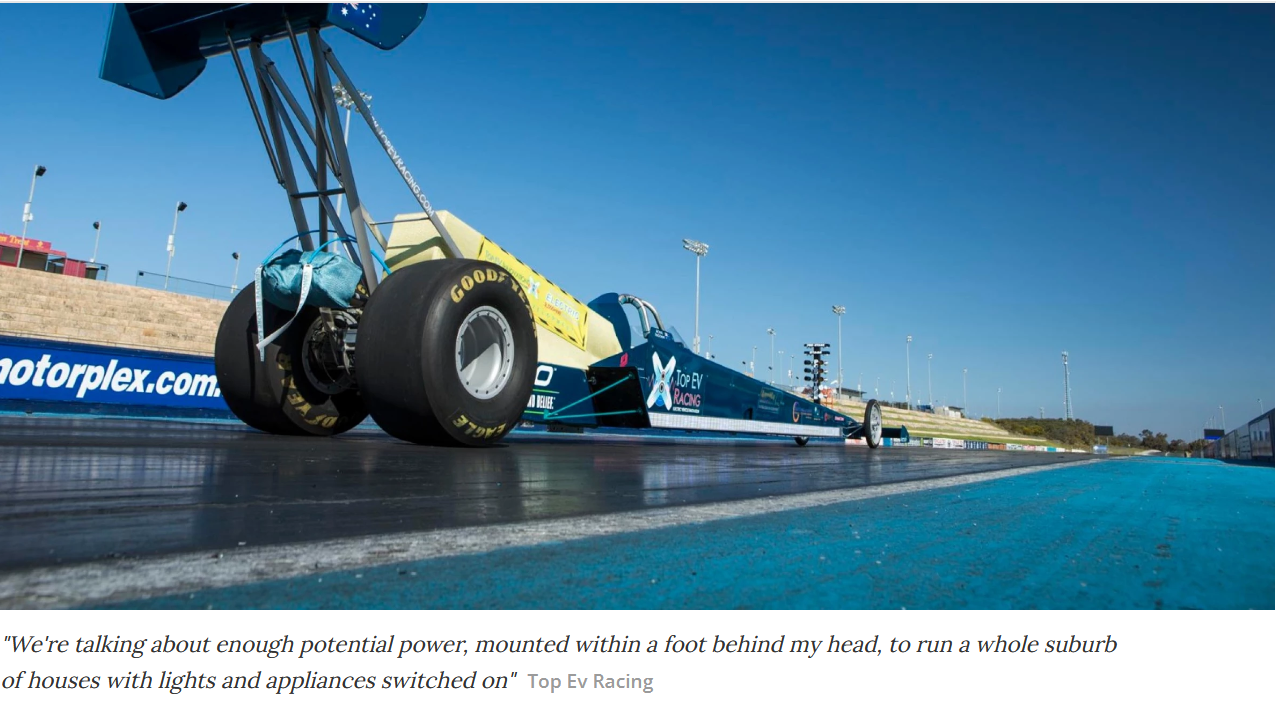 What is the point if I can't smell the Nitro? No wrench jockeys. Might as well watch the dishwasher.

Up here we have hydroplanes and there is an old piston hydroplane group (vs the new fangled turbine engine hydros). The last time I had a tractor in the shop for a re-build it was worked on by a part time piston hydro mechanic (not enough of them to be full time). I got to see him fire up the piston hydro ahead of firing up my old Massey. Not quite the same sound . He said he put the same effort into both engines.

I don't disagree. A Top Fuel Dragster or Funny Car is an awe inspiring thing - a somewhat controlled explosion. 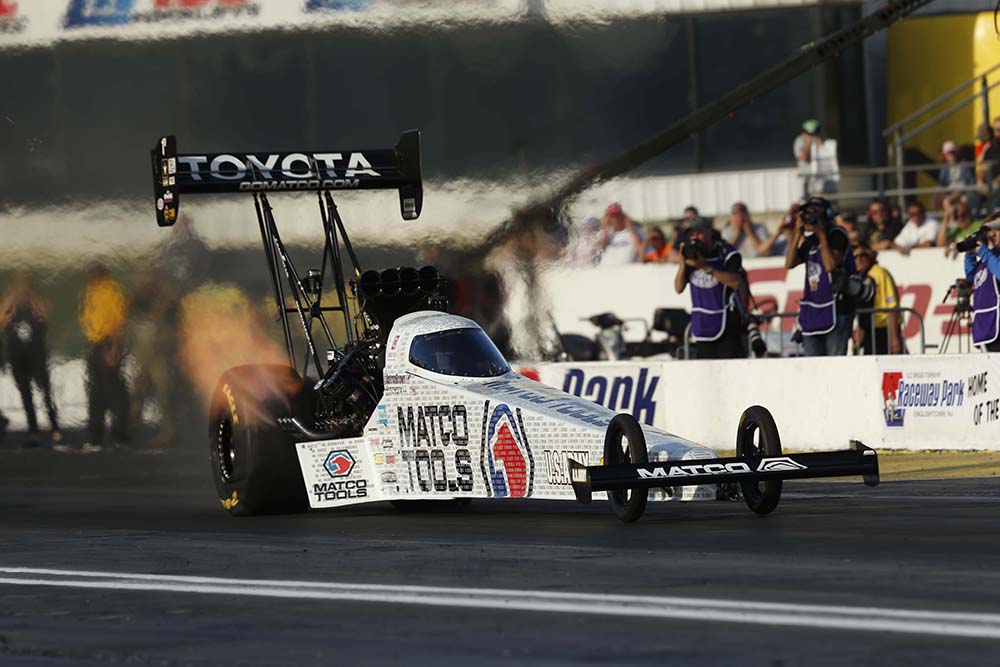 Among the fastest-accelerating machines in the world, 11,000-horsepower Top Fuel dragsters are often referred to as the “kings of the sport,” and with good reason. They are capable of covering the dragstrip in less than 3.7 seconds at more than 330 mph. Powered by a supercharged and fuel-injected 500-cubic-inch adaptation of the famed Chrysler Hemi engine, Top Fuel dragsters can burn up to 15 gallons of nitromethane fuel during a single run. Constructed of chromoly steel tubing and carbon-fiber composite, Top Fuel cars are 25 feet long and weigh 2,330 pounds in race-ready trim. 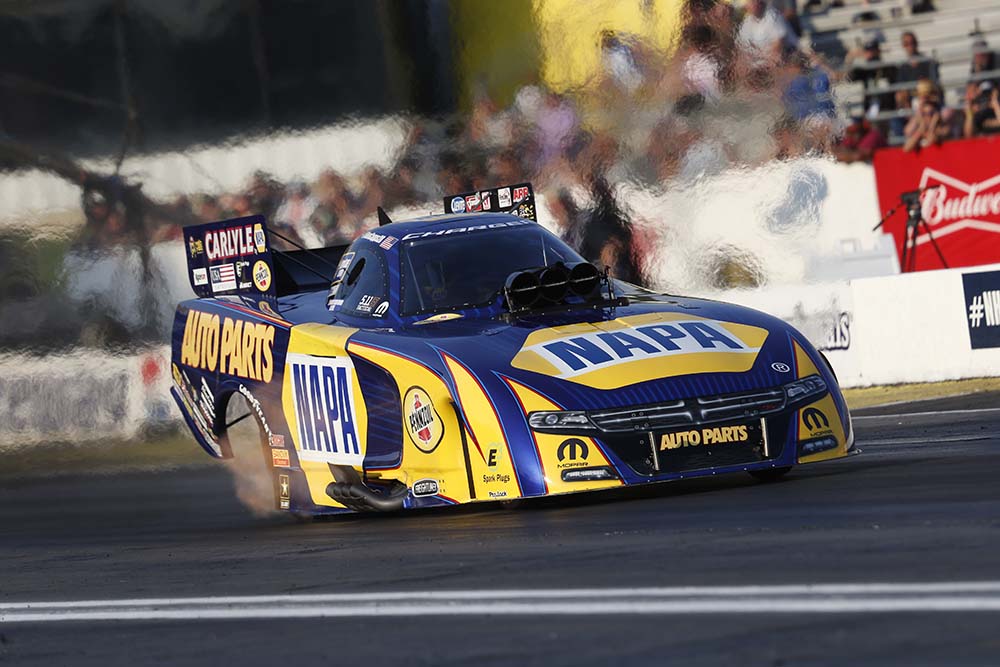 Similar to their Top Fuel counterparts but with a shorter wheelbase and a carbon-fiber body that loosely resembles a production-based automobile, Funny Cars can run in the 3.8-second range and are capable of speeds in excess of 330 mph. Funny Cars are powered by the same supercharged and fuel-injected 500-inch engines as Top Fuel dragsters. Funny Cars are also similar to Top Fuel dragsters in that they do not use a transmission but rather transmit power to the huge Goodyear rear slicks through a multistage clutch assembly that is activated by timers.
Sep 28, 2021 #4,726

It’s been over 60 years since Vic Edelbrock starting experimenting with nitromethane as a racing fuel in the early 1950s. In the 60 years of hands-on education since, along with the help of modern technology, there have been some amazing results.


Earlier this year, I wrote a Memory Lane column titled “Going Faster in 1954” (March 2016 Engine Builder, page 6). In it, I explained how nitromethane was developed and how early race teams learned how dangerous – and powerful – it could be

Sept. 27, 2021, 6:00 PM CDT
By Corky Siemaszko
The Ford Motor Co. gave the auto industry a jolt Monday with word that it plans to spend $11.4 billion on new production sites in Tennessee and Kentucky where it plans to build electric pickup trucks and cars — and the batteries to power them — on a massive scale

It will also create 11,000 jobs in the two states that have struggled to recover from the collapse of the coal industry.

As I recall, dad would sit in the right lane, behind the semi's that couldn't get up the hills either. The one time that I remember him pulling out to pass a semi, he pulled up behind it, moved to the left lane, my siblings all immediately screamed "SKUNK!" and he hit it. Rest of the trip was not so fun.

Sept. 27, 2021, 6:00 PM CDT
By Corky Siemaszko
The Ford Motor Co. gave the auto industry a jolt Monday with word that it plans to spend $11.4 billion on new production sites in Tennessee and Kentucky where it plans to build electric pickup trucks and cars — and the batteries to power them — on a massive scale

It will also create 11,000 jobs in the two states that have struggled to recover from the collapse of the coal industry.

Same story from a KY paper that focuses on the KY angle. Both Eastern KY an TN need this EV boost.
The construction phase will be huge for both states. I did not know the Kentucky plant started in 1913.
Sep 28, 2021 #4,730
OP
G