I recently purchased a 1994 Rhino 754 that runs great but I need a service manual so I'll know the spec's (hydraulic and engine oil (type and capacity) as well as filter replacement info. Where can I get a service manual ?
May 21, 2021 / Chinese Tractors #2

Simple, the dealers. But for you, Rhino is long gone out of business. And since C19, things get even worse as other support channels keep drying up.

Here's the latest info anyone has on this brand.

Rhino tractors were built in China by Jinma and imported into the United States by Rhino International Inc. of Woodland, Washington beginning in 1989. In 1995, Rhino was purchased by Alamo Group Inc. of San Antonio, Texas. Alamo discontinued the Rhino tractor line (not to be confused with Alamo's Rhino implement line) in 1999 due to a significant decline in sales. Farm Boys Tractors of Kingsport, Tennessee, purchased the parts distribution rights from Alamo.

So, my guess is to contact the guys in TN first. They are the parts distributors in the USSA now, thus by evaluation, they too have documents and manuals.

TractorData misses many of the models produced. This site and a few others lists your model. 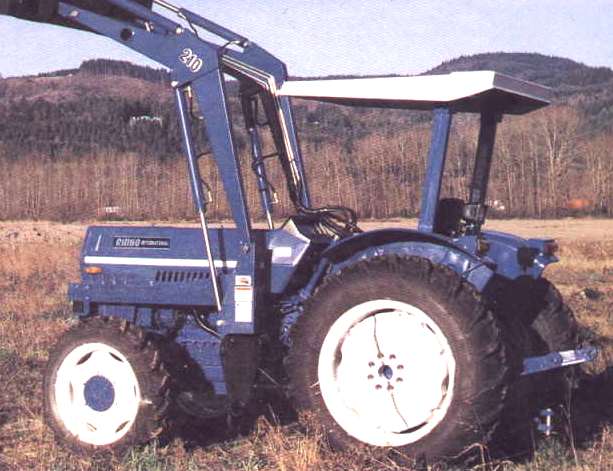 Rhino International was a tractor importer founded in 1989 in Woodland, California, USA. They imported tractors built in China by Shanghai Tractors, Shenniu, Jinma, Benye and maybe others. The company was part of the Alamo Group, which also manufactured the Rhino brand of implements. One series...

Believe it is a Shanghai Tractor.

Tytan Ag in Washington lists Rhino and Shanghai as a parts supplier.

Maybe worth a try, since it lists Mark Leonard as the principle operator. He was the one who started Rhino and then sold it to Alamo group.

here is a link at bottom, I don't know if this is a dead site.

and this is troubling...

I know this is an old post but I'll try anyway. I have a Rhino 344 34hp 4x4 tractor. It has no sticker, nameplates or anything else to identify the engine make. I have a broken glow plug and may have to pull the head. Does anyone know how I can identify the year make and model of the tractor or engine?
Jan 12, 2022 / Chinese Tractors #6

Here is an old thread says engine was Yangdong

Hi Guys, I'm new to this tractor business. Just purchased a well used Rhino 344 and need a operator manual and oil filter cartridge. The filter cartridge had no numbers on it and local auto parts places have no listings for the tractor. I did get a parts book with the tractor but it does not...