Educate me a bit on torches

I started welding in 1975, Did my share of burning through steel with a cutting torch. Manufactured all sorts of steel, stainless, and aluminum stuff over the years, and started a couple of fires using a torch. I haven't really used one in at least the last twenty years. There is almost always another tool that will get the job done. A Milwaukee Porta-Sand Saw is one tool I highly reccommend. If it's a tight space, a small angle grinder wth a thin cutting disk. And when nothing else can get in there, a Fein tool with a metal blade. Metal chips are so much safer than flying globs of red hot metal.
Aug 27, 2021 #32
OP

Never thought about the (old) bolts being left handed! All the replacements were right hand but that means nothing as to what's on there.

I had been spraying Pb Blaster on it for up to two weeks. I had another can of some other type of penetrant but forget its name. None of it worked.

I might investigate a 1" set of sockets if I don't have to break the bank. They're big but between the tractor, backhoe and now flexwing, seems I'm playing in that park. (though 3/4 might be sufficient)
Aug 27, 2021 #33
OP

RancherGuy said:
First: I would not be storing tanks in the woods or in a clearing. They are very safe as long as they cannot be knocked over. I'm not sure what your other options may be, but you mentioned garage - that's where I would recommend. Definitely not inside the house. Remember, you are working with fire.
Click to expand...

Only choice is in a clearing in the woods....or in the attached garage (garage sits under living room)

No shed yet though suppose one could be built....or tie them to tree. I totally get the danger aspect of them. Heck, I don't even have my gas can for my chainsaw in the garage. I keep it outside the door (wife hates that).

We once had a plastic bottle of muratic acid spring a leak, permeated the garage. Was not a good scene until we figured it out, got rid of the bottle and cleaned it up.
Aug 27, 2021 #34

Victor torch set here and ws acty. tank but biggest oxy tank that Praxair has. keep them in the shed when not in use and never ever found need for ANY rose tips!!! IF ya cant heat it enough with the cuttin head,----you need a forge to do the job.
Torches are only as safe as the person using/owning them and I have seen some real idiots with them!
Aug 27, 2021 #35

Only choice is in a clearing in the woods....or in the attached garage (garage sits under living room) Richard

As you say, just strap tanks to a tree, cover valves w/plastic, a sack of mothballs on top, & screw on cap. Wrap top 1/3 of tank w/ heavy mil visqueen (clear to deter rodents, plus mud dobbers too) you'll be fine. poor man's shed, but the clear plastic & mth'balls should keep critters & moisture out while the regs are safely stored inside.
wise to take your safety precautions, i do the same storing flammables

i don't think internal moisture condensation would occur with storing the tanks that way being pressurized, best left for someone else to say, best regards
Last edited: Aug 27, 2021
Aug 27, 2021 #36
S

Long ago bought a 1” impact. Bigger equipment have bigger fasteners. Don’t use it much now except for bush hog blade bolts. Pull the trigger something is going move. Need a 1/2” air hose.
Aug 27, 2021 #37
D

Back to torches.... This booklet is most informative about torches and fuels ... Later versions have different covers, probably available at local welding suppliers... 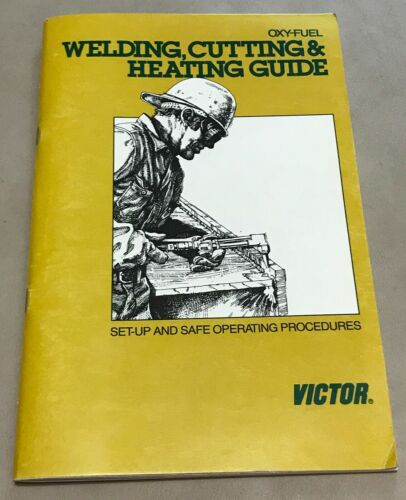 The best results I ever had using heat to get rusty bolts loose was totaly unexpected. 1/4-20 bolts w/phillips heads holding sheet metal on tractor. I soaked with PB Blaster repeatedly for 2 days while using what I call manual impact screwdriver you whack with hammer. Finally set nuts on screw heads and welded in place through inside of nuts. Ever one of them came out as if they had already been broken loose.
Aug 28, 2021 #39
B

"Ever one of them came out as if they had already been broken loose."

Jaxs, there is probably a good reason for that; I've used the trick a few times, pretty much ALWAYS works. The reason was explained to me decades ago, by a guy that was at least as old as I am NOW...

Cooling is a different matter - when the heated bolt cools, it shrinks in BOTH directions - making it SLIGHTLY smaller diameter - this tends to break loose any rust bond, and it also allows any penetrant easier access to get between male and female threads. (If it's even necessary, usually not)

Doing this can get tricky for smaller fasteners, unless you have something like a jeweler's torch - the welding a nut method (especially with MIG) becomes the easier way, but the end result is the same.

The guy who taught me about this was a gunsmith; same problem, but a smaller scale - in order to get the heat local enough WITHOUT ruining the gun, he'd modified a small spot welder so that one electrode had a very LARGE surface, and the electrode that touched the actual stuck screw was a pencil point.

Right you are Buckit,I knew the tune but couldn't remember the words. Were I in a busy shop that experience would cause me to buy induction heat. From the standpoint of affordability and something most any shade tree will use alot,a 1/2"& a 3/8" impact is pretty effective in loosening studborn bolts. Like so many other things,seeing is believing. I went to pick my brother up and found him and my nephew sweating over removing a bent a push mower blade. Brother had dragged the mower with boy attached all over the yard and concluded he needed someone heavier. We beat and cussed a while before he said it was time to let someone else do it. The mechanic walked out to truck as we pulled up and turned back toward shop when brother told him why he was there. As we were about to set mower from tailgate to ground mechanic said "just leave it there"and proceeded to zzzziiiippp with the impact and handed me the blade and asked if we had the new one with us. Both us owned impacts within a couple months.
You must log in or register to reply here.
Share:
Facebook Twitter Reddit Pinterest Tumblr WhatsApp Email Share Link