60° right now...high in the upper 60's and rain this morning, tapering off to showers this afternoon. Love this rain!! The aquifer ought to be filling quite well. And, when one has a well...and lives with 2 women, a full aquifer is a happy aquifer!

Feeling OK...bit stuffy...
This COPD isn't going to get better...best can be done is control it. I'll be going to the doctor's this week and there are inhalers that help (wife's been on inhalers since her heart valve replacement...they're used as needed, not constantly).

The internet isn't working too good this morning. I do want to check my bank account to see if I got the funds returned for those headphones I returned. Standard old sound attenuators ("Mickey Mouse" ears) do the job fine....no batteries, only adjustment is to fit over a ball cap...

Bird said:
So what is the purpose of that windmill? Just for looks? I don't see any sucker rod, so I'm sure it isn't pumping water. When I was a kid, our windmill did not have any oil to change or add to in a gearbox. But the wind turning it caused the sucker rod to come unscrewed a couple of times, and it was a real job for a 12 to 14 old kid (me) to climb up there and lift it, screw it back together and hook it up again.
Click to expand...

We have an electric pump and well house for irrigation at the gardens. We also have a city water connection for emergencies.
The windmill just tells us the direction and intensity of the wind, and for looks and sounds at the entry.
Most older windmill's manuals require oil change out once a year. They have been doing the yearly maintenance long before I got here.

"An old windmiller once told me that an easy way to remember to change the oil is to send your wife up the tower each year on her birthday to service the windmill. Back in the “good old days,” the Aermotor Windmill company gave you a double-sided card to hang on your barn wall to record the oil changes."

Good Morning!!!! 75F @ 4:45AM. Sunny to partly cloudy. High 104F. Winds SSW at 5 to 10 mph.
Looks like we're starting off with Very Unhealthy air this morning, the third day in a row for it. The Dixie Fire is now up to 13,482 acres, burning through brush and trees that haven't burned for hundreds of years, so the fuel load in that area is immense. That said, the infrared map isn't showing any current fire, confusing to say the least. It sounded like the soundtrack for Apocalypse Now all day yesterday, with heavy helicopter traffic in and out of Chico's airport, and coming up the valley from McClellan AFB for the Very Large Air Tankers. No press conference yesterday morning or evening, not a good start for the new management team.

Nice car, Doug. It's amazing what they're doing with paint right from the factory now. We should start a pool on when you get your first speeding ticket; that arrest-me-red is sure to draw a lot of the wrong kind of attention!

Very successful brood for that hen, Ron. Hope it stays that way.

Mostly inside day due to the smoke yesterday, but I did manage to get six rolls of flexible PVC electrical conduit unrolled out on the hillside so it'll be easier to work with. Need to check the two water lines to see if they're still holding pressure. The smaller of the two seemed like it had lost a bit when I looked at it evening before last, but that could have just been the black plastic pipe cooling off as the sun set.

Started looking into Ethernet extension/repeater hardware, and like most electronics these days, there is a wide range of performance and price, and a large number of manufacturers, to choose from. The run from the pump house to the cul-de-sac is about 1400', and Ethernet's maximum range is supposed to be only 100 meters. There's no line-of-site, so doing it with solar powered radios is out.

63F light rain upper 60's for high showers during the day more steady rain over night,good to see stream run for continuous for days now compare to month ago.

Outside chores done E muffin time.
Plans for today...rattle some pots and pans make dinner,putter,doubt very much NASCAE will have the race here in NH....yep laid back day.

Enjoy your day all.

RedNeckGeek said:
Started looking into Ethernet extension/repeater hardware, and like most electronics these days, there is a wide range of performance and price, and a large number of manufacturers, to choose from. The run from the pump house to the cul-de-sac is about 1400', and Ethernet's maximum range is supposed to be only 100 meters. There's no line-of-site, so doing it with solar powered radios is out.
Click to expand...

Good morning,
It’s 73 and going to stay about the same all day. Partly cloudy with little chance of rain after the fog burns off. We got a total of 3/4” of rain yesterday, all in short but heavy showers. 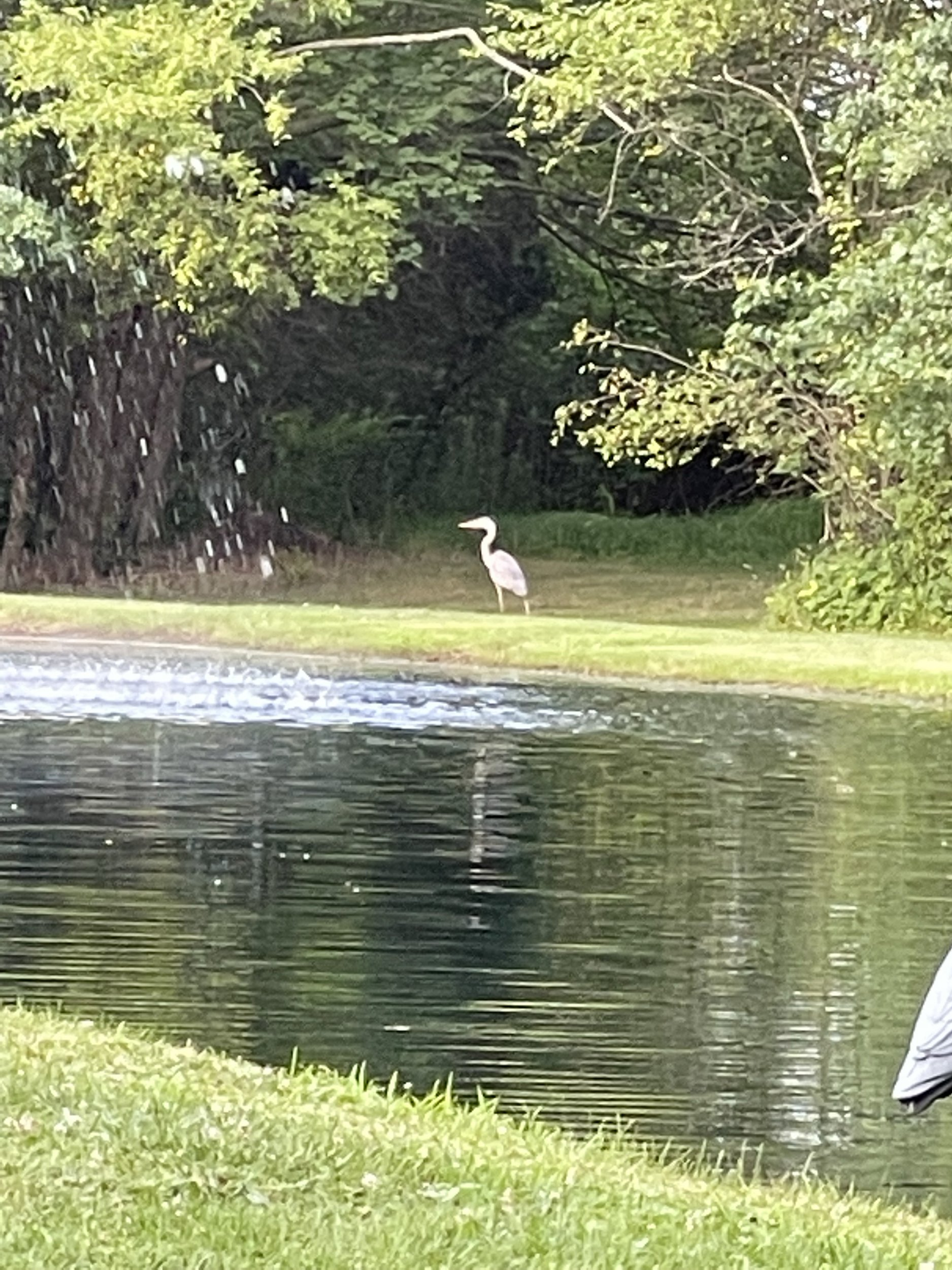 Looks like we have a poacher moving in, that’s a heron decoy at the bottom right, doesn’t bother the live one at all.

Popgadget said:
How about fiber optic? Unlike a long buried Ethernet cable, it’s totally immune to lightning strikes as well.
Click to expand...

There's no power at the upper end of the connection, other than a small solar panel and 12VDC battery for the gate opener. The tooling for terminating the fiber cables is also somewhat expensive, as are the testers. I found a couple Power Over Ethernet extender options yesterday that'll get out to 3000', but they're fairly spendy at around $800. I'm hoping for a Chinese knock off at about half of that, with decent reviews.
Last edited: Jul 18, 2021
Jul 18, 2021 #135,808

txdon said:
The windmill just tells us the direction and intensity of the wind, and for looks and sounds at the entry.
Most older windmill's manuals require oil change out once a year. They have been doing the yearly maintenance long before I got here.
Click to expand...

txdon said, "Most older windmill's manuals require oil change out once a year. They have been doing the yearly maintenance long before I got here."

I don't recall our windmill ever having an oil change. You don't suppose my memories from 65 years ago could be fading, do you?

I do seem to recall it sometimes getting to "squealing?" and I had to turn it off and get up there with a little oil squirt bottle to oil it. But I suppose that memory could be a bit wrong, too. 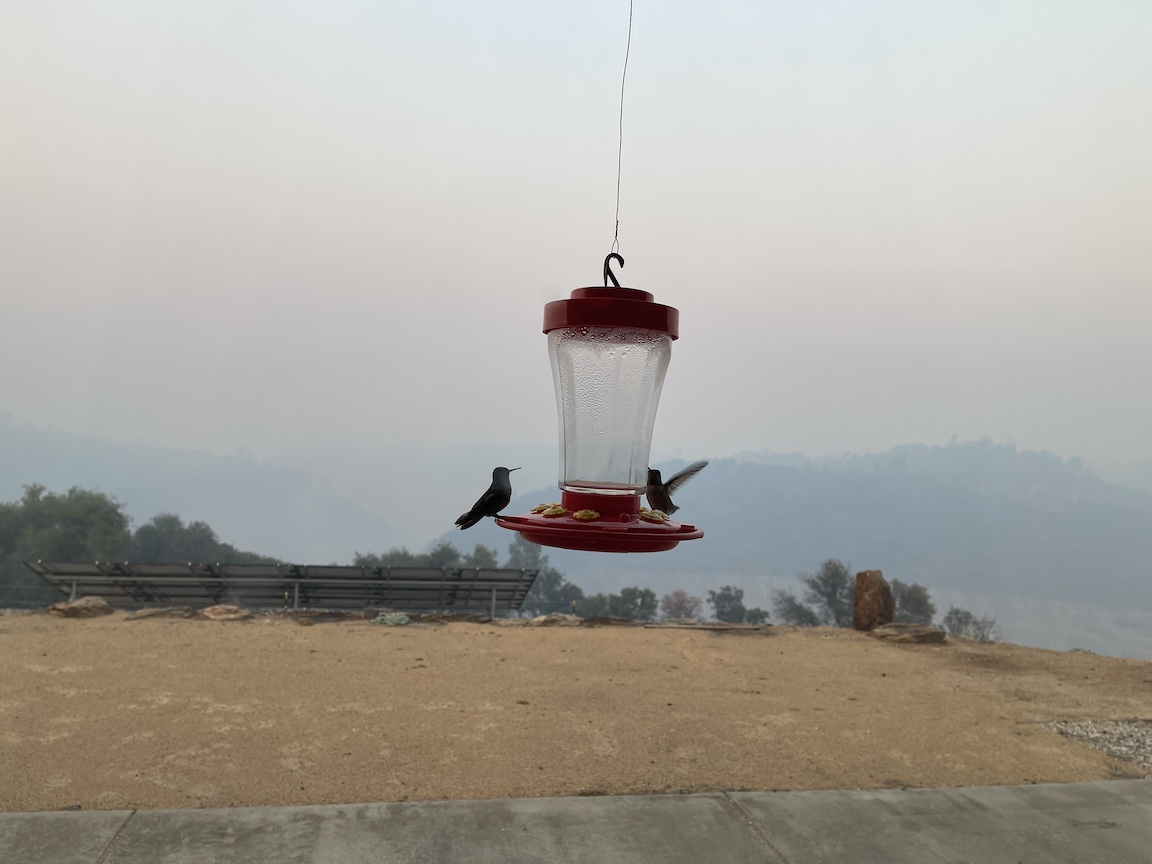 Somebody needs to refill the hummer feeders... 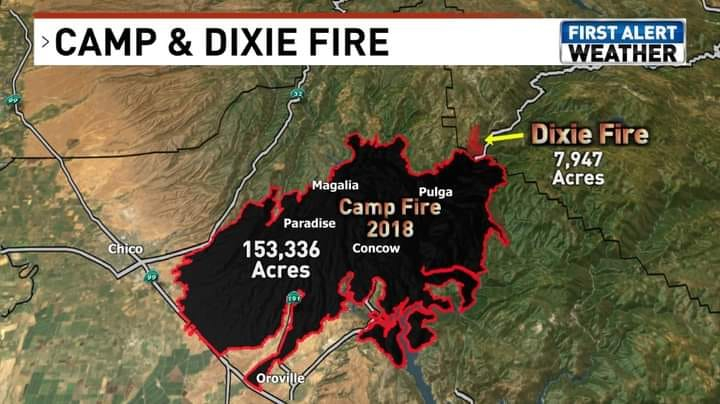 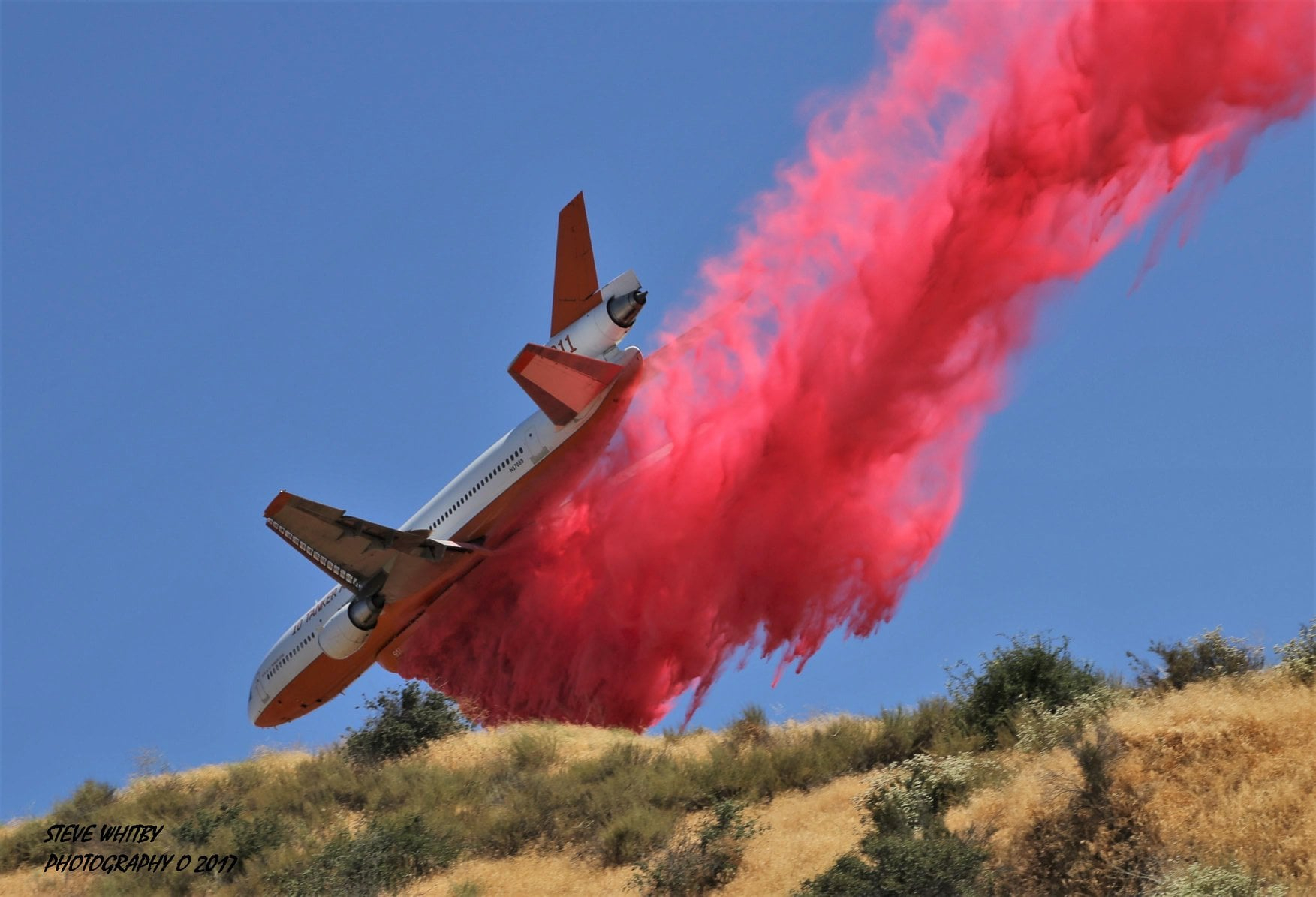