Seems every morning on the local news they are announcing job fairs. Apple just announced their first new campus in 20 years, Raleigh NC. 3000 new jobs, probably people to interface with their Chinese workforce! Raleigh is where barney goes to party.

I guess it's tuff to hire people?

When I traveled in France I noticed an odd bit of reality, Particularly in Paris. Lots and lots of middle aged men, apparently in decent physical condition, sitting in coffee shops, smoking and talking politics .....endlessly. It made an impression.

About that time I read that the French govt did a year long? study on the low productivity of the French worker, particularly men.

After many months and millions of euros they came to the following conclusion.......

French men are lazy. I'm not kidding, can't make it up. Of course, not all French men, I bet everyone knows a hard working Frenchman?

I couldn't care less about France but, i'm seeing the same thing here. If the govt pays you to stay home, why go to work? Adds to the voting block that supports that kind of thinking!
Apr 27, 2021 #2

Location
Around the corner from Hunters dumpster

Well sure, I mean look at what creature comforts we have now that we didn’t have 40 years ago.
IMO, so are many American men. I did work in low income housing about 25 miles from me and in almost every housing unit everyone had a decent car, every family member had a smart phone-even 5 year old kids. Everyone had huge theatre-like flat screen TVs and most people were well fed or overweight. All the units were freshly painted and had new siding. The yards were mowed by an outside service, the snow was plowed and the trash was removed by the town. Yet many of the adult occupants were home, just sitting around. Many of us outside those areas must pay (in other words, work) for almost all those services.

Its not just “city people”, either. I have an in law relative who basically quit working because he knows he is about to win a big lawsuit. He’s at a bar every night. I’m telling you, these handouts started back in the 60’s ruined a huge swath of families and their incentive to be providers and work to earn money.

This pretty much says it all.

Location
Around the corner from Hunters dumpster

Now all the talk is about a “living wage”. What’s the incentive to work going to be after that happens? Might sound harsh, but no wonder companies are outsourcing work to foreign workers in other countries and importing undocumented workers to do work.

I just saw an interview with a local landscaper on our local news last night. He had a lot of jobs they couldn't start last year due to pandemic. So he has a lot of jobs to finish from that now. Plus he has a lot of jobs booked and is full through the year. He said he's turning away business because he can't get workers. He starts people at $17 an hour.

So the news looked into Indiana unemployment benefits, + the added $300 that'll be in place through September. Guess what it comes out to? About $17 an hour.

The landscaper said where's the incentive to work when you can get the same staying at home? He said he can't blame people, but he can't compete with free.
Apr 27, 2021 #6
T

We are having a tough time hiring employees. Office job. 8-5 M-F weekends off, hollidays etc. Not physical work at all. True entry level work. Just out of HS no problem. Want to transition out of a physical labor job into an office job? No problem. Small local operation. 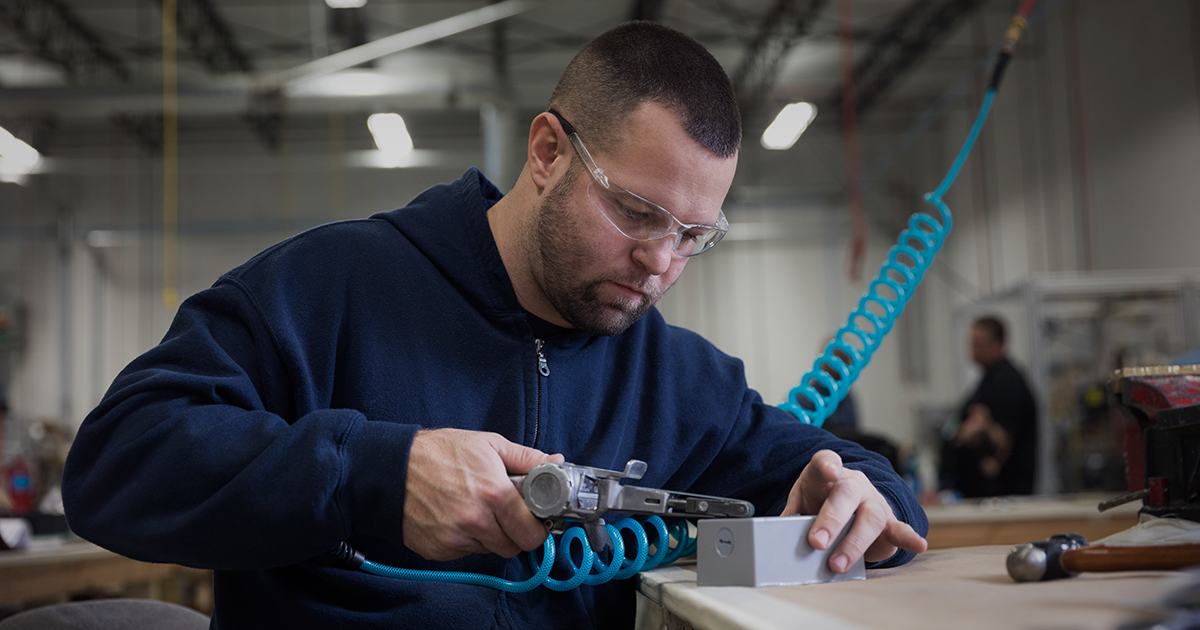 Apple is one of the biggest job creators in the United States, responsible for over 2 million jobs across all 50 states.
www.apple.com

Apple has built several new campus locations over the last several years: New HQ in Cupertino, Ca, a campus in Austin, Tx with a second Austin campus scheduled to open next year. The announced Raleigh campus will be the third campus outside of Cupertino.
Apr 27, 2021 #8
M

Apple is one of the biggest job creators in the United States, responsible for over 2 million jobs across all 50 states.
www.apple.com

Apple has built several new campus locations over the last several years: New HQ in Cupertino, Ca, a campus in Austin, Tx with a second Austin campus scheduled to open next year. The announced Raleigh campus will be the third campus outside of Cupertino.
Click to expand...

My guess is these folks will make a tad over $15/hour!

No doubt it is true that many young people today have a pretty pathetic work ethic. It is also true that the quality of jobs has also gone down. Way too many McDonald's jobs. I sometimes wonder which one leads to the other. I also look at the extreme shortage of skilled trades workers, and the number of kids going to college to pursue worthless degrees and wonder "what the heck!"
Apr 27, 2021 #10

When I was in college there was an young Iraqis fellow in one of my classes. Abdul was a Major in the Iraq Air Force - he was 20 - his father was some big wig in their government. Going to college fulfilled two of his requirements - he had a passion for young blonde ladies, it made his father happy.

One day a very large, black limo pulled up to our dorm. Two large men, wearing turbans got out. They came in and summoned Abdul. His father had just received a copy of Abdul's first quarter grades. His father WAS NOT happy. Abdul was being taken back to Iraq.
You must log in or register to reply here.
Share:
Facebook Twitter Reddit Pinterest Tumblr WhatsApp Email Share Link