oldballs said:
Short story......When I was about 10 YO, my Dad and I were squirrel hunting in some heavy hilly woods. I had a single shot 22 rifle that Dad had borrowed from his brother. It was my first time with a gun. IIRC one had to pull a plunger on the rear to cock the rifle. I must have had a round in the chamber and the half pulled plunger set. When I stepped in a hole the rifle went off and shot near my Dad who was in front of me.

That could have been a disaster. We we on to hunt together for many years, but without any more stupidity....and probably some good luck.

Years later I was on a pistol team in college. We shot in competition from around the USA. Don't have any targets to show for it though.

Besides, now at my age, there wouldn't be any holes in the target anyway.........just "Maggies Drawers".
Click to expand...

Had to CCW shoot a couple weeks ago of 50 rounds. I took my 22 Browning BuckMark Target pistol just because I could. The targets were 9, 15, and 21 feet away. Groups of 4 or 5 would get to the firing line at the same time When the command to fire came I would shoot my 5 rounds at a time in about 3 seconds and the bullets would be in a 2-3" circle on a 2' target. Most of the time the hole was so big the bullets would go through the same big hole.

The gal 2 lanes over came up to me when we were done and said, "Are you a sharpshooter?" I told her no, I was just plinking and she shook my hand because she was impressed. I didn't have the heart to tell her I was shooting a 22 and have been shooting pistols for 45 years off and on from the military to the present day, and was shooting quite a bit lately, while I don't think most of the women shot over 20 rounds in their life and were shooting 9MMs. I felt good anyway
Jul 22, 2016 #22
OP

k0ua said:
I wondered if he has a scope on the air rifle, and if so, is the mount tight?
Click to expand...

I've got a cheap bb/pellet gun with a scope. I have a little spinner target out in the yard, maybe 50-60'. They more pumps I put on the gun, the more erratic the BBs fly. You can see them. Like throwing curve balls. The pellets are way more accurate due to the rifling.
Jul 22, 2016 #23

I shoot tin cans at 75 feet with a 20 cal Sheridan pump, open sights and my bifocals. It is really accurate using an arm rest. For a picture, use your imagination of a tin can with lots of holes in it.
Jul 23, 2016 #24

Sorry k0ua, I was only kidding when I said it wouldn't group, the rifle and scope are fine. If you look a little closer, you will see the same pellets made the holes in both the top target and in the backing card (backing card rotated 90 degrees). 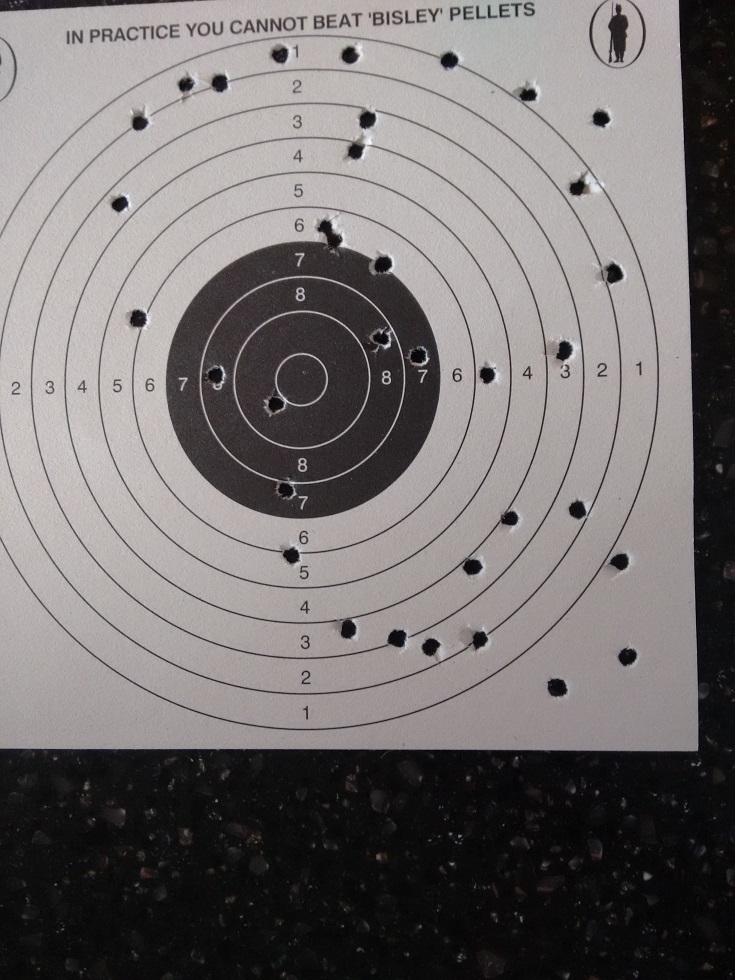 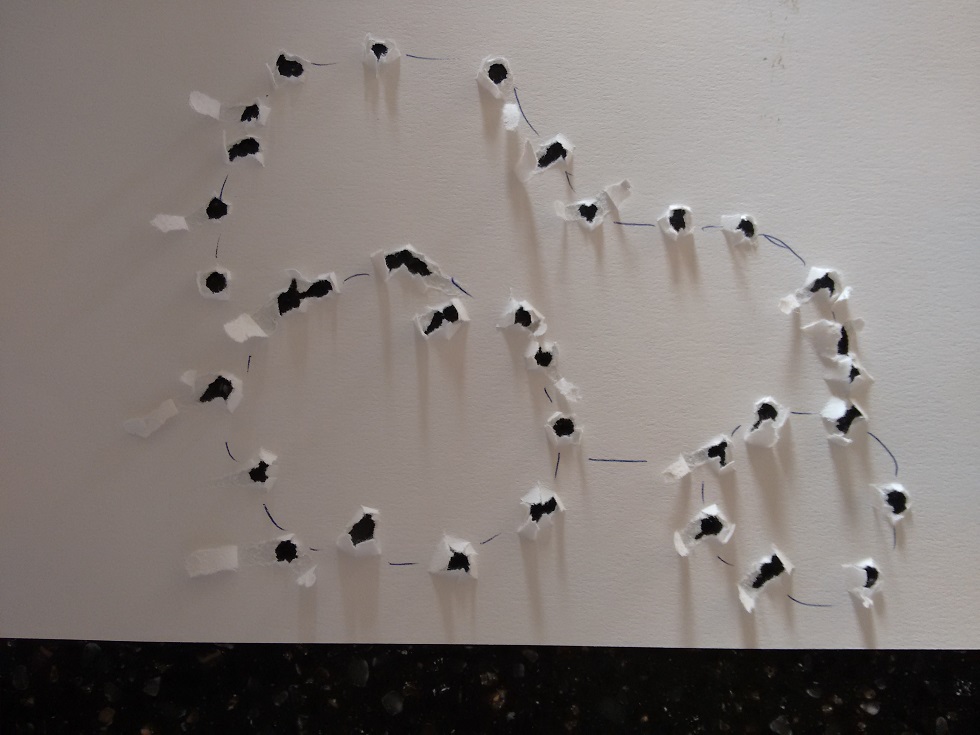 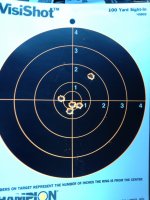 These are my favorite targets. Shoot everything from 22 to hi power 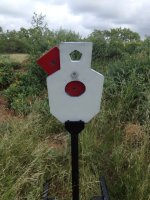 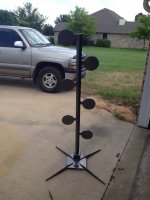 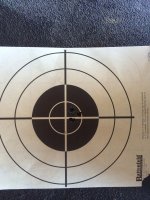