What was the best dog you've had?

^^^ great stories. The last thing my wife is going to do is get up at 2 or 3 in the morning to let a cannine out, you lucky dog.

I have had some great dogs in my life. I have also had some worthless idiots. I loved them all. I just had to put down my 7th dog a few weeks back. He was a sweet old man. Neurotic as hell. Abused rescue dog. A Podenco. My wife got him from the airbase shelter in Rota Spain and had him when I met her he worshipped her and cried out in joy every time she came home. It took two years for him to get close enough to me to let me touch him. In the last year or so, he would climb up on the bed in the morning and insist that I pet his head.
Because of him, I became interested in the breed and found a rescue in Spain that had a young dog a available for adoption. I had him flow to the US and brought Apollo home 6 years ago. He is a Podenco Canario. They are rabbit hunting dogs. He will hunt anything and is an accomplished killer. He is the smartest dog I have ever known. And he is hands down my favorite. An absolute joy to watch when he works a field. Loyal and loving. Medium sized tons of energy. Known to have an overdrive predator instinct and poor recall. They are sight hounds and most people.keep them leashed. Apollo wears a Garmin hinting collar with shock and satellite tracker from morning till night. I almost never have to use the tone feature and have not used the shock in over a year. He has excellent recall. He is one in a million. Perhaps it is my age. I have never been closer connected to an animal.
May 12, 2021 #53
M

Citydude said:
Now thats a happy boy! Looks like he's an expert in naps as well.
Click to expand...

He's a Master Napper! Unless Miss Priss is outside, then he stays in her back pocket wherever she goes. She's his pup and you'd have to kill him to hurt her. 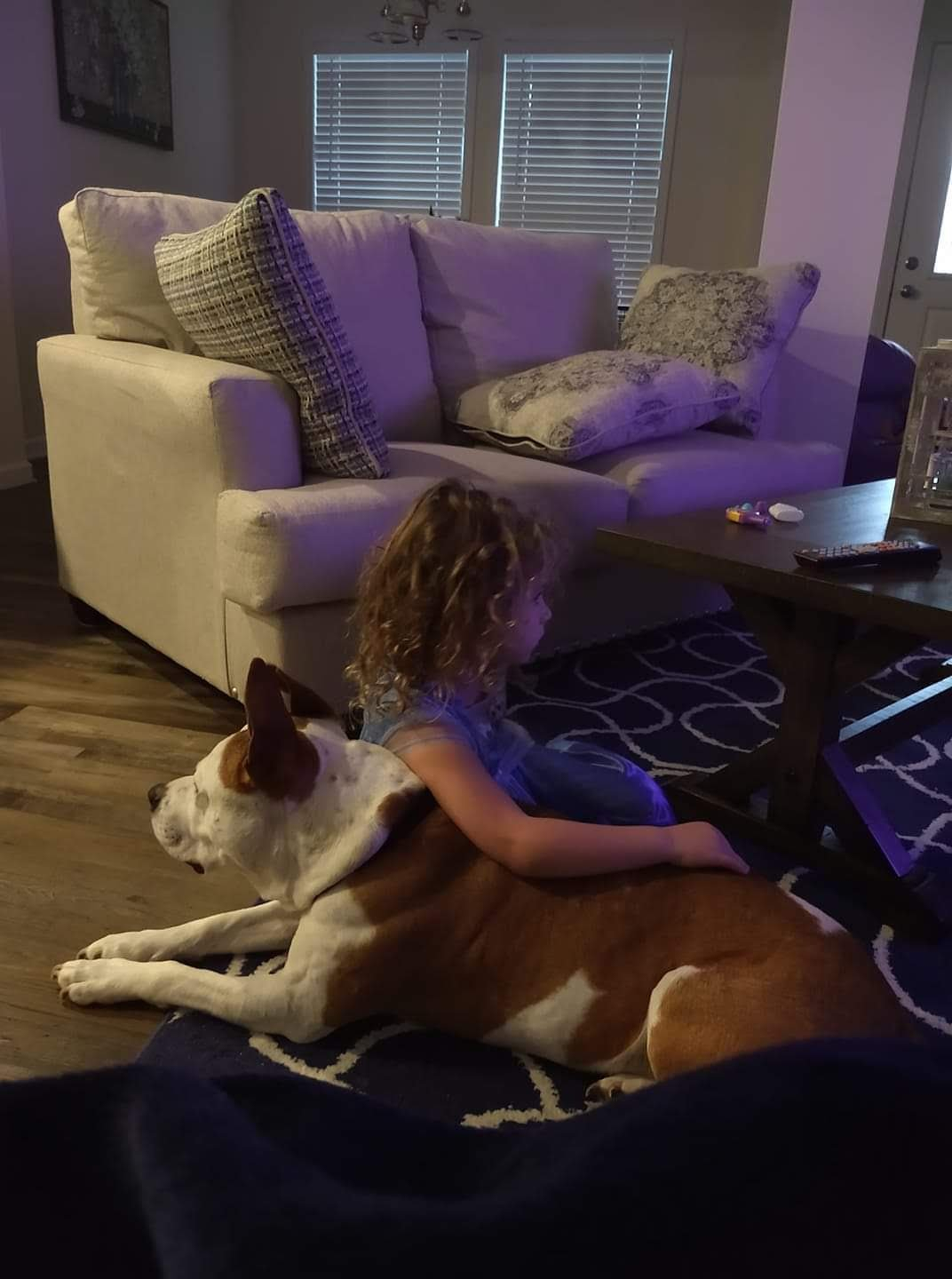 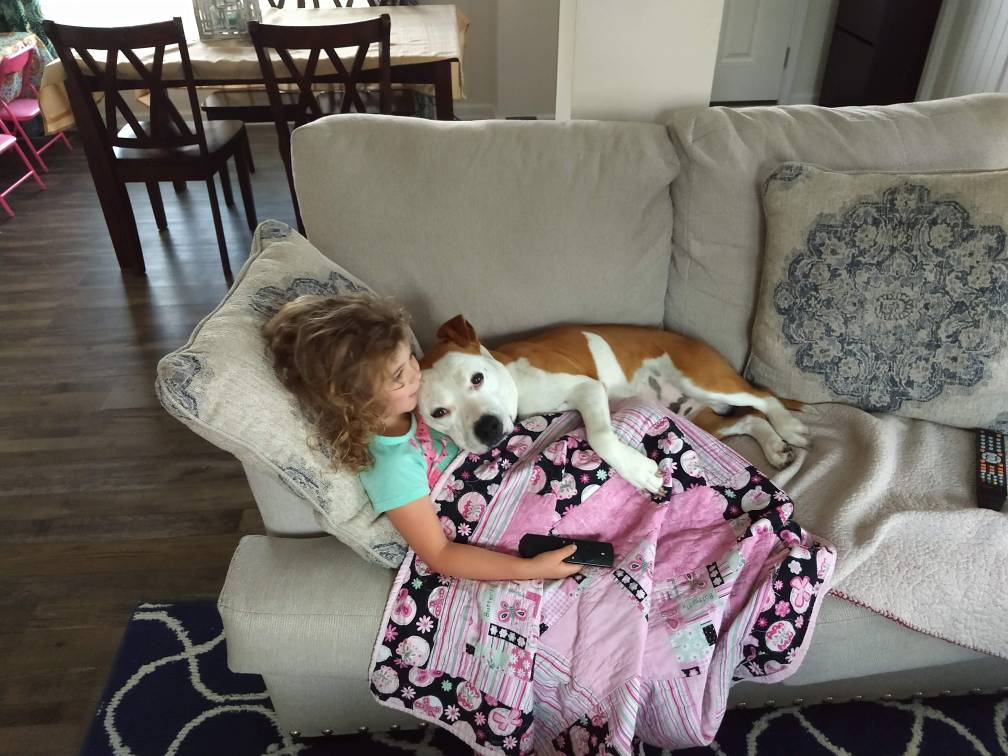 We had a real cute pair of Shitzus littermates.

One (female) died from bladder cancer at about 9yrs old. About a month later, the male wandered off our yard (1st time ever) and was viciously killed by our neighbors German shepherd. The neighbors grounds keeper brought him back wrapped in a bloody blanket dying from puncture wounds.
I have no desire to own dogs anymore. Kids were heart broken.
Just have some cats around the property.
May 12, 2021 #55
M

My best dog was a rescue - a terrier and schnauzer mix.

We named him Lucky and had him 15 years. My oldest was 6 and youngest was 3 when we got Lucky.

So, our kids grew up with Lucky as their dog and loved him. It was a fantastic time.

Here is Lucky with my wife. 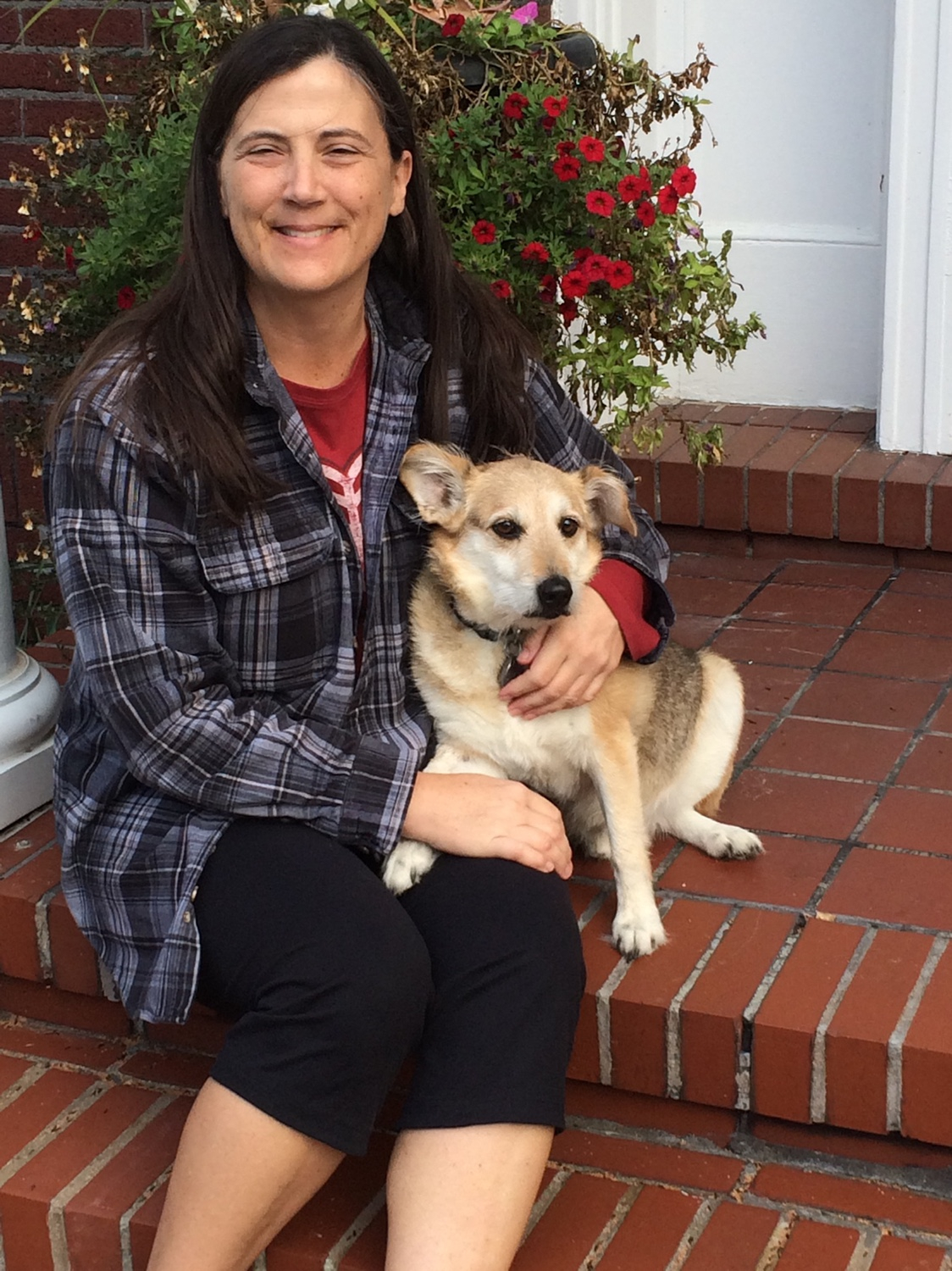 He was a perfect size and temperament. He was loyal and friendly and supportive. All he wanted was to be petted and given treats now and again.

I don't think I can even count the number of dogs I've had in my lifetime. 3 of them really stand out for me though.

The first was an Irish Setter that my parents got as a puppy when I was born. We grew up together and she stuck with me like I was her puppy, I can remember waking up early in the morning when I was 4 -5 years old and going outside to go back to sleep with her on the patio or in her dog house. My parents would wake to find me there, she and I were inseparable.

The second was a Brittany that I got from a kill shelter intending to foster him until the rescue could find him a permanent home. We foster failed almost immediately with him, I don't know what it was about him but, there was just something special that anyone who spent any time with him would see almost immediately. The poor guy had been neglected and abandoned by his owner and was never socialized or allowed inside, it took a few months to get him somewhat comfortable with us and a year and a half before he really felt at ease, I can still remember the first time he came behind the kitchen island to see my wife, it was a huge step for him. Once he felt comfortable though, he was one of the gentlest and most loving dogs anyone would ever want. Unfortunately, he had a degenerative neurological issue in his spine and developed dementia so we lost him way too soon. Medications gave us an extra year and a half of quality time with him, and then one day he gave me that look and I knew he was ready. Letting him go was one of the hardest things I've ever done and I still tear up thinking about it. We gave him the best possible life we could though and he died on his property under a clear blue sky never having the stress of being with a vet at the end. As hard as that was for me, it was the last gift I could give him and a debt I felt I owed him.

More recently, we had a Border Collie that just showed up in the fence line one day while I was out working. She was only with us for about 9 months before passing after surgery to remove and intussusception in her intestines. She was experiencing renal failure when she got to the vet so we knew the surgery was a crap shoot but, if we were going to lose her, I wanted to lose her trying, it was a huge blow to lose her after surgery though, I thought that if we lost her it would be in the OR. She showed up just a couple of months after I was in an auto accident that I suffered a brain injury in and while I was going through the scariest part of my recovery, not knowing if I would every fully recover my speech or if I would forever be left with a stutter that made communication difficult, to put it mildly. She was a very observant and empathetic soul that seemed to always be there to comfort me when I needed it most. The most striking example was one afternoon when I was talking about my fear over what the future held with my wife and Tricksie was asleep in the room. At one point, I broke down in tears and she woke up and immediately ran to me and hopped up to wrap her front legs around my waist and hug me. I realize that I may be anthropomorphismizing her actions but, this sort of thing happened often with her and her contact and presence when I most needed support was exactly what I needed then, I would have had a much harder time making it through that time without her. Losing her was a huge blow that I still feel daily, her absence is huge hole.

All our dogs have been rescues, either from pounds, homes they couldn't stay in anymore or rescue organizations, and one from an owner that couldn't afford corrective surgery. We've loved them all, but most have been either pit bull derivatives or boxers.

Boxers are smart and goofy, love to play, and love their pack and their people. They need a lot of exercise, especially when they're younger, or they will provide their own entertainment at your expense.

Pitties are slightly more serious than boxers, are equally smart, like to play, and love their people even more than boxers but not necessarily their pack, at least in our cases. They are more people oriented and less other dog oriented than boxers.

Both breeds are easy to train, but you had better be consistent or you won't be taken seriously.

Our three currents pups: Boone, a Viszla/pit mix (I'm pretty sure), Fiona, a pit found starving on the streets of Patterson after someone had bred all they profit they could out of her, NJ, and Alvin, a boxer pup born cleft who wasn't expected to make it. Mia's Foundation nursed him to 5.2lbs at 8 weeks old and we took it from there.

Our best dog is a Maine Coon cat named Dougal. He's constantly at our side, plays fetch, begs for treats, and loves tummy rubs. We call him Dougal Dog!
May 12, 2021 #60

rjpotts said:
Our best dog is a Maine Coon cat named Dougal. He's constantly at our side, plays fetch, begs for treats, and loves tummy rubs. We call him Dougal Dog!
Click to expand...