aczlan said:
I wouldn't mind owning one either, but I need to be able to get to work at any hour of the day or night, even if it's snowing like crazy, so AWD is on my "must have" list.
I also need to be able to seat seven so that I can take kids plus a friend or cousin without having to meet my wife somewhere in trade cars.
Those two requirements knock out pretty much every electric vehicle out there and most of the hybrids.
Click to expand...

Tesla Model X hits the nail on the head.

/pine said:
Some people just can't handle the truth...
Lets see... a person posts some bad and maybe even harmful information about say the use of a piece of equipment or a harmful way to wire something electrical etc., etc., etc... they will get jumped on all over and sent to school by the herd here...but it's not OK to criticize someone for posting unproven theories, conjecture and suppositions as facts ???

As far as the subject...just following the derivative drift...
Click to expand...

Philosophically, I'm on your side. Some people hate to be lied to, others hate to be told the truth.

Just don't go all ad hominem. That is something I rarely, if ever, do. It's better to attack the post, not the poster.

Of course, half the time it doesn't matter. They're still gonna complain. Nature of the beast. 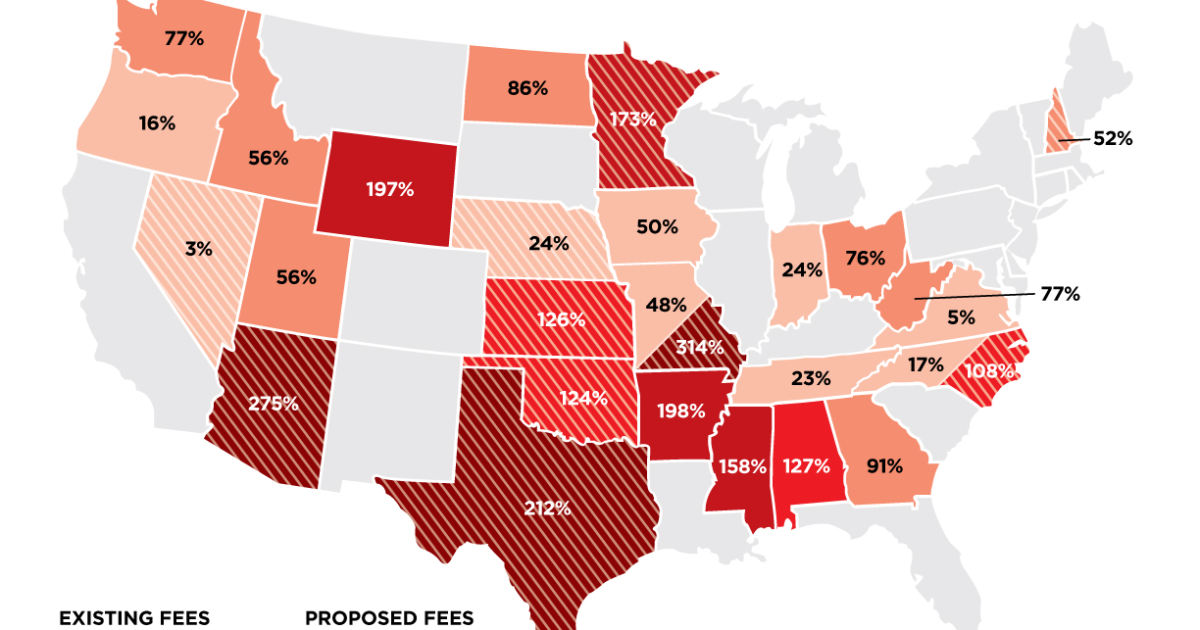 More American drivers are turning to electric vehicles. EV owners don't pay a gas tax, but they're increasingly charged an annual fee. According to a new…

Frankenkubota said:
Global warming due to human behavior is a fact. <snip>
Click to expand...

Grumpycat said:
Yes, but 1) non-EV drivers think regenerative braking solves all the word's problems. 2) There are no EVs without regenerative braking. 3) Only about 30% of the energy used to get up to speed is recovered slowing. So "it ain't all that great."


Exactly. It is a non-issue. It is a matter of "change means more work for us" lazy unmotivated government employees. "No waves", according to Sgt. Orville C. King, "No Time For Sergeants" (1958)
Click to expand...

Hay Dude said:
I have heard more than one person say Tesla doesnt make much off their cars, they make money selling carbon credits to other manufacturers.
Click to expand...

The market price of clean vehicle credits is not published.

Tesla does not get clean vehicle credits selling in non-CARB states, yet sells at same price, same priority in the wait cue.

To give you an idea how insane the clean vehicle credit thing is, Tesla got extra credits for building vehicles with robotically swappable battery packs. You can see demonstrations on YouTube of Model Ss in line getting battery swapped every 90 seconds. Ultimately Tesla was forced to put one swap station in service to keep getting credits. That worked for a year then they said they had to be in widespread use. Tesla closed the one and likely quit using the robot compatible connectors in new cars.

Government geniuses thought swappable batteries would solve some sort of problem. But when the economics and risks of loaning a $20,000 battery, and the $millions to build a robot change facility, Tesla charged $80 to borrow a charged battery for a short time. Keep it longer and get charged by the day plus mile. You had to return to get your original battery back. I wasn't interested enough to check whether one had to pay $80 again to get one's own battery returned. But consider the problems of the swap station having to inventory and charge spare batteries, and keep customer batteries separate.
Jun 14, 2021 #2,487
G

Gale Hawkins said:
How does the brake pads last on your 2013 Model S? Regen braking really reduces brake wear on our Leaf.
Click to expand...

I don't know how long, looks to have at least 50%. Doesn't look like I'll ever replace them. At 62,000 miles now. Good chance Carvana will come get it soon.

I am looking for the same double blind placebo controlled studies and have found none. In my mind it boils down to total cost, comfort and convenients.
Jun 14, 2021 #2,490
G

This article is about a guy with a 50 year history working with Lithium batteries currently enabling much faster charging technology.
Click to expand...

TheRegister used to have better writers than that. We have always been able to charge batteries in 10 minutes. The question is whether you don't mind destroying the battery in a few cycles or whether you want a 5,000 cycle life.