here is the original post. He was not moving and simply tried to raise the tractor, and it bent. Sorry cylinders are either crap, or the relief is set wrong. He was not back dragging or bouncing it.

Ever seen a tractor cylinder bend this easy - AR15.COM

Firearm Discussion and Resources from AR-15, AK-47, Handguns and more! Buy, Sell, and Trade your Firearms and Gear.

Agree with those that say the cylinders should not be bending like that.

Linkage or no linkage on the loader should make no difference.
Nov 18, 2021 / Cheap FEL cylinders keep bending #23

Sawyer Rob said:
THAT bucket shouldn't even be on that tractor... No wonder they bent...

I disagree. It is NOT the bucket , it is the way the SSQA is attached/configured. Post #1 is certain to fail as shown regardless of the implement. Post # 4 cannot fail in this mode. He nails the problem in post # 15. My guess is the SSQAs are dealer installed options with Massey and the dealer having screwed it up is at fault.
Last edited: Nov 18, 2021
Nov 18, 2021 / Cheap FEL cylinders keep bending #24

Aquamoose said:
Oh so many things jumps out at me after seeing all the images…

Notice the holes… why are they unused?

When it should have these brackets in place like these…

Somebody screwed up at the dealership.
Click to expand...

AMEN !!! Exactly. The problem is NOT the bucket nor does it matter what sort of bucket is attached ! The problem is the configuration of the SSQA adapter apparently installed without all the parts !!!! Complete and total screwup by the dealer OR by MF putting them out without the pivot levers.. or potentially even encouraging dealers to install them that way (!?) I'm sure once the matter is sorted out (with the AGCO regional rep being the referee -- and you need him into it NOW) the dealer has no choice but to apologize and make it right. Let him and the AGCO regional rep sort out which of them pays what because there may well be inadequate instructions and/or missing parts coming from AGCO to the dealer for the SSQA installation. Under no circumstance do you the buyer pay a dime.

Look at post #16 and the tractor for sale in Tractor House !! That one is misconfigured too ! So there are many of these out in the field about to bend cylinders and cost many people much grief. Someone needs to get hold of AGCO at a high level.

AND good holy crap, take a look at the YouTube from Vahrenberg at which compares the older DL95 and the newer Xfl 1805. In their video the newer one has the DOOMED SSQA connection, omitting the pivot lever that we all saw in post #15. This disease is very widespread.

AND ... Sub-Compact & Compact Loaders notice here [in a factory webpage, not a dealer or a sale] that the pivot lever is in place. Also note that without the pivot lever the bucket cylinders at full dump are WAY further out and that is when they get bent.

LD1 said:
Agree with those that say the cylinders should not be bending like that.

Linkage or no linkage on the loader should make no difference.
Click to expand...

At first I thought it was abuse which would have probably still happened if it lasted longer. But you’re right it’s missing parts. I’m wondering how they ever put it together though. If it was intended to work with the linkage the cylinder should be about 8” shorter than it is. I’m also wondering why they have such a short stroke cylinder in place with spacers at both ends. I’ve seen that on much larger tractors but never anything this small. In any case making a cylinder artificially longer seems like a poor design that’s going to weaken it. It also looks like the loader has a very poor dump angle in it’s current configuration. I wonder if the quick attach plate that’s painted a different color is factory or aftermarket.
Last edited: Nov 19, 2021
Nov 19, 2021 / Cheap FEL cylinders keep bending #28

Looking at the overall design of this setup.... what a piece of junk! Some engineer better go back to basics and study the Euler effect, slenderness ratios and buckling of columns. Eliminating the pivot and extending the length of the ram probably along with no one lowering the relief pressure to compensate for the inherit weakness added to the design.... No small wonder it failed. If this is how it is supposed to be assembled, some engineer should be fired.
Nov 19, 2021 / Cheap FEL cylinders keep bending #29

LD1 -- One Vahrenberg YouTube video says the SSQA is standard now, not an option. So it is OEM. I think it is a big factor that without the pivot levers the cylinder rods are extended out to the max, and thus they become long levers inserted onto a short hole, surely never intended to be that way. At full dump I suspect the cylinders are "over center" slightly (in vertical travel)... and that means any downward force by the loader frame while in that awkward spot translates into forcing the cylinder into "worse overcenter." I think that started the bends. Once the bends had been started with slight bends (which the OP probably never noticed) after that any significant compression force from whatever source would bend them worse. In his video I think it just got bad enough by then that he could see it. All because the pivot levers were not in place.

Pivots are missing according to parts diagram. 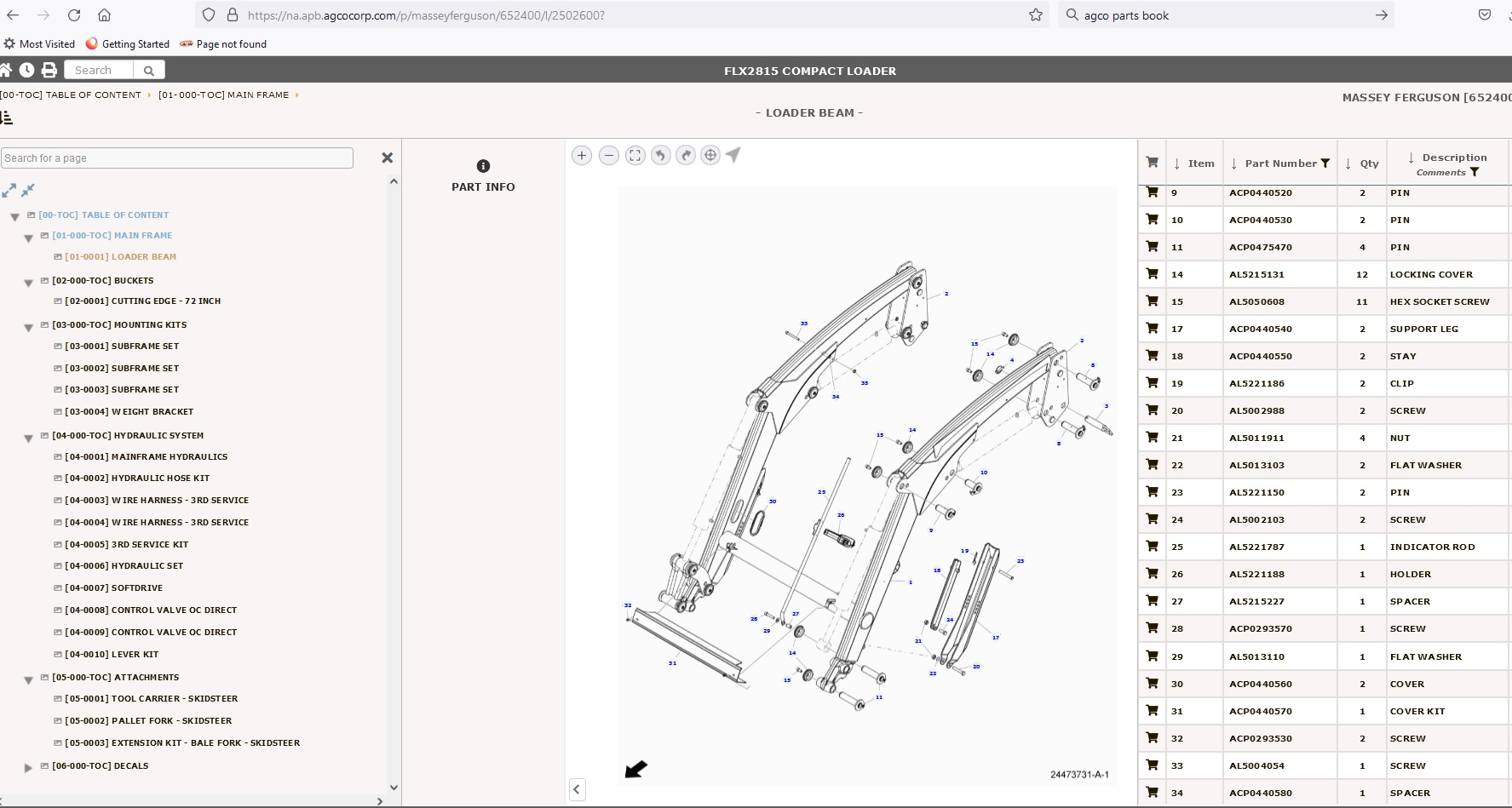