Morning all, going up to 43 and down to 21...
Wind last night was pretty fierce. lost power a few times.

PJS - sounds like a good reason to walk away. Hope new job works out great and makes you happy.
Mostly - the motion sensor does have some functions that activate on fast on/off, maybe one of them got tripped. one regular 3 way switch and the sensor itself acts as the 2nd switch.
Drew - good luck at the dentists. Think the crew is waiting for the wind, guess lines too far apart for them to jumper across like they do by me.
Wngsprd - no Maybach for Christmas. Wonder how many miles/gallon that gets, but think owners wouldn't care.

I have a UPS on my network box. The laptops are always charged and my work phone is my hot spot when the world falls apart. Generator in the garage gets a good workout from the falling ash trees, usually 1/month. Though they are thinning out somewhat. I still have a dozen or so dead ash in the woods. Every now and then we hear a huge crash and I go look to see where one fell.
With this wind have to be careful of falling branches, I still have a few to clean up.

With part of my HD credit I bought some outlets and switches to replace old ones that are failing.
Might work on some more panels today, trying to get all the outer walls covered first.
Dec 1, 2022 / Good morning!!!! #159,953

Looking4new said:
End of pellet stove. The thing wasn't even one winter old.
I wont have one of those killers in my house.
Called the company that sold it to me and they refunded all that I paid for it and also came and picked it up.
Click to expand...

Didn’t sleep good last night. Woke up about 1 and never really went back to sleep. So doubt I work too hard today. May be energy conservation day.

Did clean up, replace bulbs in the kitchen overhead light, helped the better half set up the tree, etc. yesterday.

Our Maine Coon cat Louie is really into Christmas. The tree was no more than up, and he planted himself under the tree. 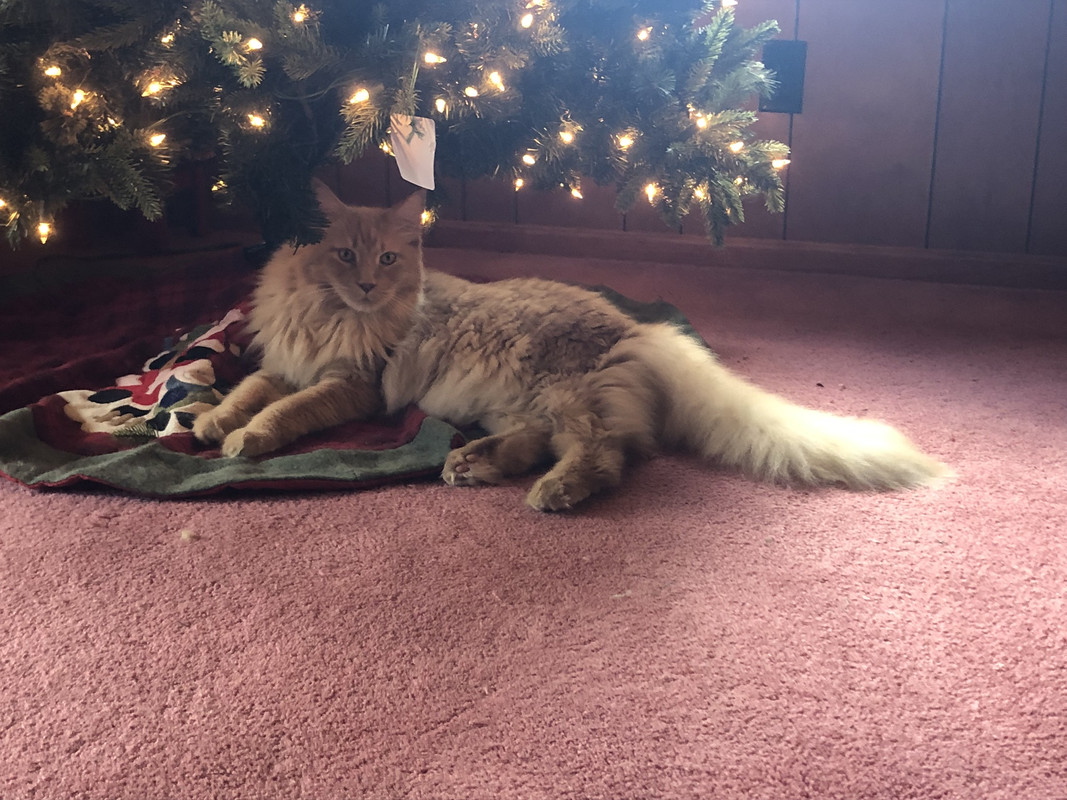 He was real “helpful” while she decorated the tree. So far, his partner in crime has ignored the tree. This is Oreo’s first Christmas and we were concerned she was gonna mimic him. Time will tell.

My “big” generator is a 3500W Troy Bilt that I got at an auction for $100. It is noisy…but does the job on the rare occasion we have used it. Has a Japanese built Briggs for power, after the storm this summer, it ran for 4 straight days and sipped about 3 ounces of oil. I know the low oil sensor on the little Honda (1000W) will shut it down long before there is any concern about engine damage. If it isn’t sitting level, the low oil shutdown can come into play.

Been having some issues with the garage door opener not always wanting to open the door. Sometimes it would start then stop after about six inches. Had the tech come out yesterday morning to look at it ... broken spring. He replaced both of them and lubed everything up again. Runs like a new one now. 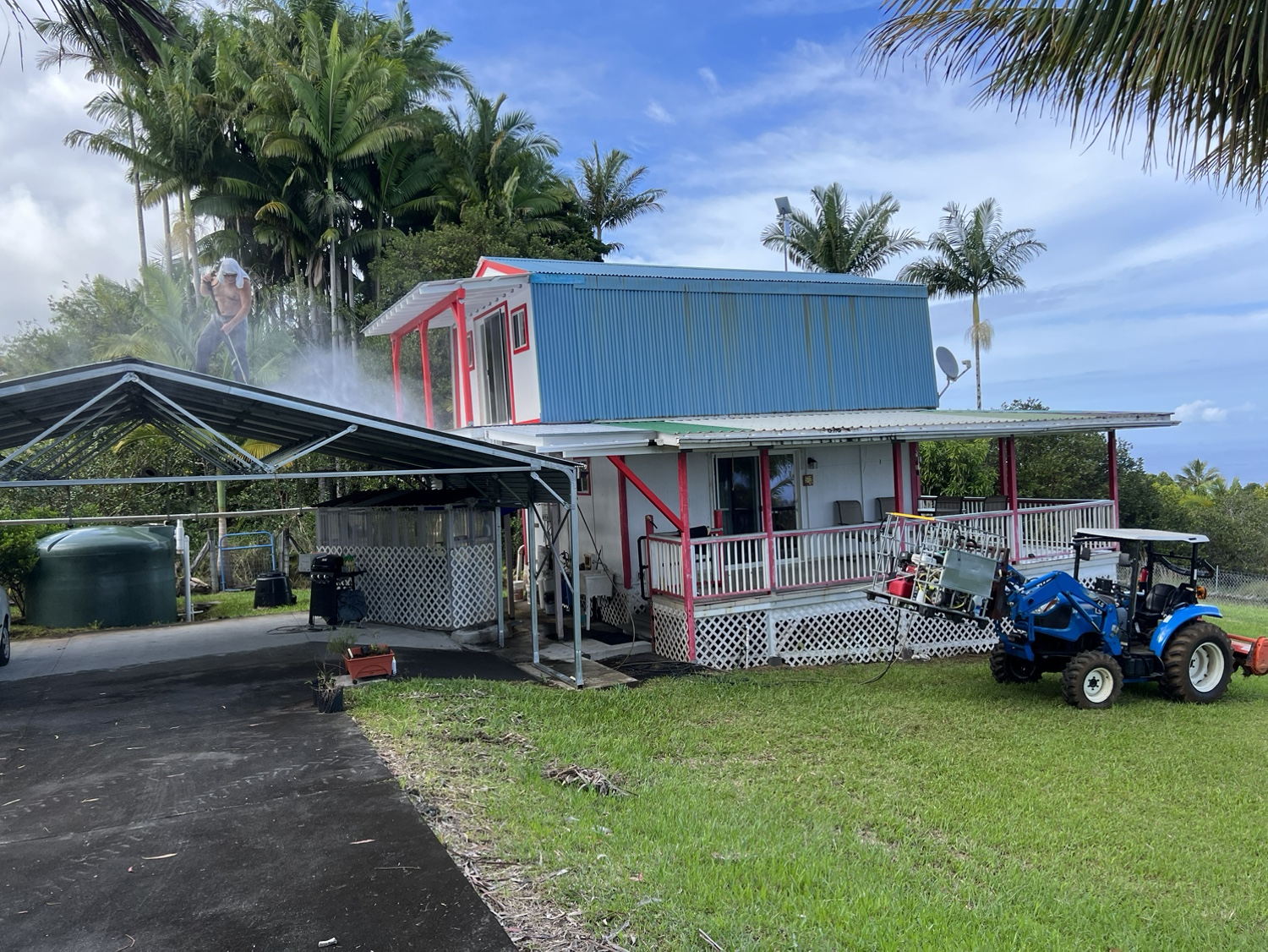 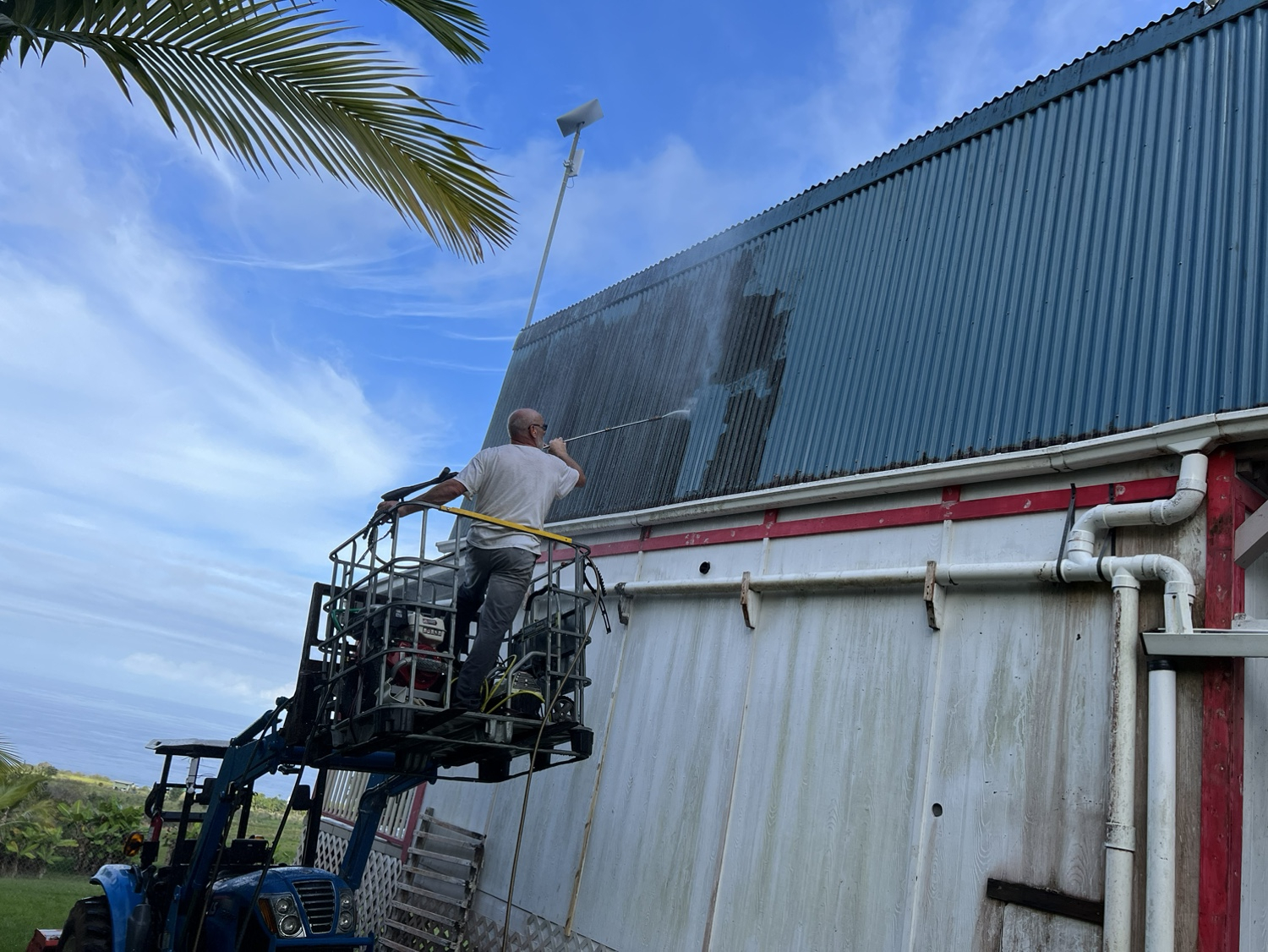 Look to get that finished today

Interesting watching the news coverage of Mauna Loa. Nationally, seems more dire, with the DKI highway the major artery between east and west and the perils of air quality. For most of its life Saddle Rd was pretty much a single lane adventure. Locally almost a cautious celebration with an eye on crowd control being a major issue while looking at what may be happening in the near future. Air Quality reports, while warning tend to highlight that except in immediate vicinity so far most effects are high altitude at this point.

Volcano National Park is happy to report they are only place on the planet where you can observe 2 active volcanoes, Mauna Loa and Kīlauea.

I found the recent tornado activity very sad, so much destruction

wngsprd - i thought of you when i saw this ... cheers 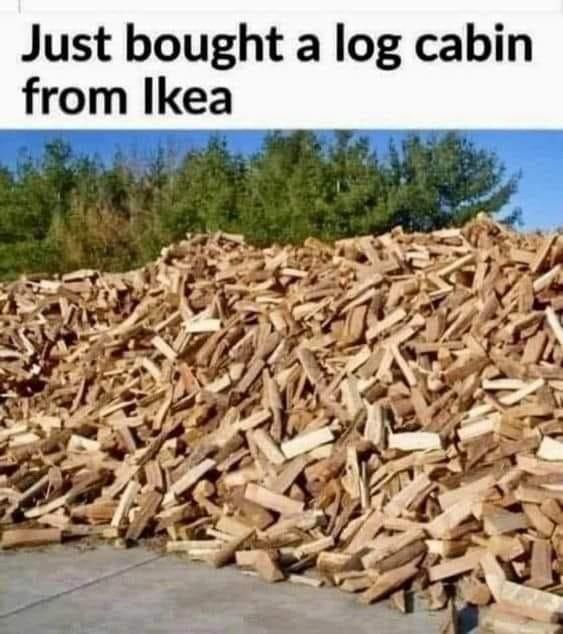 daugen said:
yes that is exactly what is needed. Gen sits near kitchen window, noise gets through, need to reflect it out to woods, sorry squirrels, better you than me
Click to expand...

More fish tank maintenance, had a few where the algae growth wasn't just on the glass but had just about completely filled the tanks. Getting that removed was a treat. Still have one to go but it doesn't have fish in it currently.

Also drew another 30 gallons of water for pwc's, probably have used at least half of it so far. Forgot to switch the water off of bypass when I was done.

Woman worked on unloading the shelves along the south wall so I can take them down to put up foam board insulation. Had her remove all the canning jars first, which She proposed storing in a (unfinished) closet downstairs. That way they will be at the bottom of the pile since I was planning on keeping them.

What I really want though is for us to go through all the kitchen and dining room stuff and sort out what we are keeping vs. stuff that is going to go away (through whatever means)

Eventually the subject of dinner came up and I suggested running down to Kabab and Curry in North Canton for take-out since we hadn't been there in a while and because Wally World is on the way and I could pick up the LED tubes that are needed for the fish room.

She wasn't keen on that idea, largely because She didn't want venture out in the wind and cold. Told Her no worries - I can manage it by myself.

Driving at night, with the headlight glare, is becoming more problematic for both of us but I think more so for Her (cataracts)

Worked out good as She thought that Her food hit the spot and was the best She has had from there in some time. I thought it was really good as well. Should have enough for several more meals.

After dinner I headed back downstairs and worked some more in the fish room.

Did not get any work on the dahlias or any sanding on the mud done.

This morning The Woman got all cleaned up (after She served me coffee ...

) and announced that She was going out "to get a few things" ... and then promptly disappeared down into the basement.

She didn't take Her phone so I can't call her so I'll have to head down here in a bit and check on Her.

Part of the last order from Amazon is "out for delivery" so they could be showing up at any time. Would be good if I can get Her out the door before that happens (She just left) so they have a clear path to pull through.

Maybe refill hopper feeder if it needs it.

Get the last two dahlias pulled out of their grow bags.

Sanding of the drywall mud, then skim coat after that's done.