You might want to take a few minutes "working up" plywood/shingles vs metal and purlins. Right now I'm getting $4.25 - $5.25 per foot pricing of regular 28ga. 3' coverage roof metal for my project that I need to order.
I'm sure that the metal will be cheaper, but if you have any preference for the shingled appearance the price spread between the two is a lot closer than it was a year ago.
Nice job you have there and it sounds like you're having fun!

JWR said:
A goat barn ... now you tell us ! I was going to say no matter the size you never build big enough but goat barns ?? I have no feel for that.
Click to expand...

Yeah yeah, I should have been more clear about that. Our animals are happy right now in a 16x16 pen...this is a major upgrade for them


Rustyiron said:
You might want to take a few minutes "working up" plywood/shingles vs metal and purlins. Right now I'm getting $4.25 - $5.25 per foot pricing of regular 28ga. 3' coverage roof metal for my project that I need to order.
I'm sure that the metal will be cheaper, but if you have any preference for the shingled appearance the price spread between the two is a lot closer than it was a year ago.
Nice job you have there and it sounds like you're having fun!

To be honest, we actually prefer the metal roof. All buildings on our property have metal roofs, so we're just keeping with the look. Someday i'll do shingles, just for the experience.

Thank god for the weekend. Looking forward to making some more progress. Hope you all enjoy your Friday night.
Oct 23, 2021 #23
H

Assuming you are a young couple..... you have many years ahead and lots of changes in the future. I would recommend you put plywood and paper and metal down. The only thing you will regret is the money at the moment. In the future you will be glad you did it. Some people like having the rain and hail beat down on their barn roofs. I don't. It's noisy as can be if you just have a metal over nailers. When you're working livestock in the barn, in the middle of a downpour, it will be so noisy you won't enjoy it. Having the plywood and paper down under the metal will also make it safer and easier when you might have to work on that roof at sometime. Snap lock roofing beats exposed screws or nails. And besides, maybe someday you would want to make the barn an insulated structure.... stranger things have happened. good luck and work safely
Oct 23, 2021 #24
Y

Having animals might cause more moisture from them to condense on the cooler roof?
Oct 24, 2021 #25

Take a look at the roof in my signature picture. I built that barn 30 some years ago and used what i had for purlins covered with metal roofing. For all those years I we have endured rain inside on sunny winter days as the frost comes off the roof and the warmer air inside condenses water on the metal. A couple of years ago we replaced the rusting out galvanized metal roof with a new painted metal roof. This time we sheeted the roof first with the cheapest OSB we could find, then papered with the cheapest tar paper we could find. The roof looks and works great and no more "rain." (BTW my crew was also the wife with a little help from my son-in-law on weekends.)
Oct 24, 2021 #26

There are several products for condensation control for metal roofing. I don't know the cost but I use tyvek and have zero dripping and it brightens up the inside some.
Here's a link, but I believe that it's applied at the time it's rolled off the coil and in a non ag area it might be hard to find. Drip Stop Condensation Control - Dripstop Insulation for Metal Roofs | ABC
It's gotta be a lot cheaper than osb and tar paper. So is a building wrap.
Oct 24, 2021 #27

Just finished our very similar size shed last week. Ours is for tools & firewood, not livestock....so our emphasis is on ventilation instead of enclosure. We do have a snow load. Lots of snow, but low humidity. Like a lot of building decisions, ours are based on local conditions.

We did it ourselves as a husband and wife project with help hired as needed. That allowed us to spend more money on materials instead of labor.

For a roof we chose 2x6 rafters on beams much like yours except that our beams are higher on one side than the other to allow a shed type roof. Then on the rafters there is plywood, tar paper, and metal roofing. Having used that system here for other buildings we know it will last.
rScotty
Oct 26, 2021 #28
H

My experience with sheds...... Putting down some form of insulating or condensation barrier under a metal roof.... ie hanging the stuff on your nailers and then putting tin on top...... in the end, bugs, birds, bats, and flying monkeys eventually trash it so that it has holes and leakage, and looks crappy. A long time ago I built a 12 by 36 shed roof pole structure. A few years later that 12 by 36 shed became a sixty by 36 barn..... ALL plywood and paper under the metal. Eventually it became a sixty by forty eight barn. I ended up tearing that rinky dink bogus shed roof off and put down plywood, paper and new metal to match the whole rest of it. Tin roofs with out anything else freeze, sweat and drip.
Dec 27, 2021 #29
OP

Just an update - thank you to everyone for the insight. Roof is on, still chugging away at the rest of the barn. I'll post plenty of pictures in the next week!

Anyways, here's what I ended up doing for the roof: 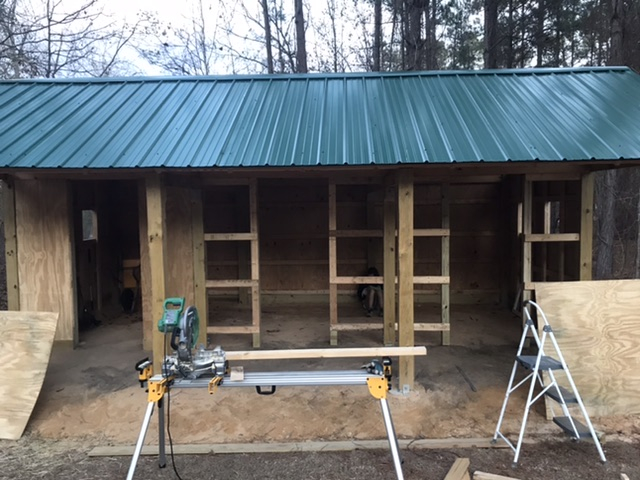 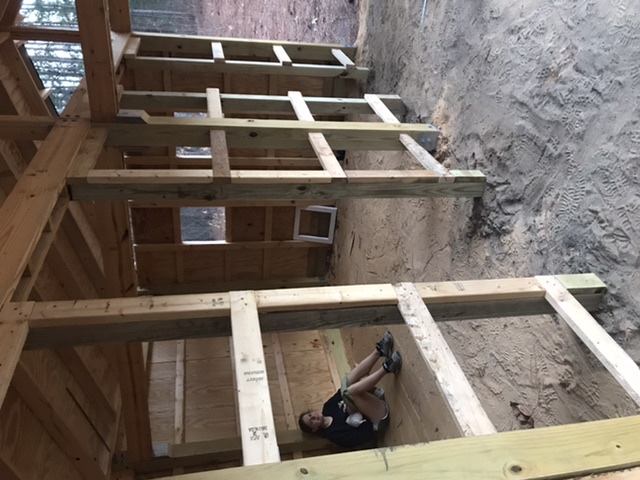 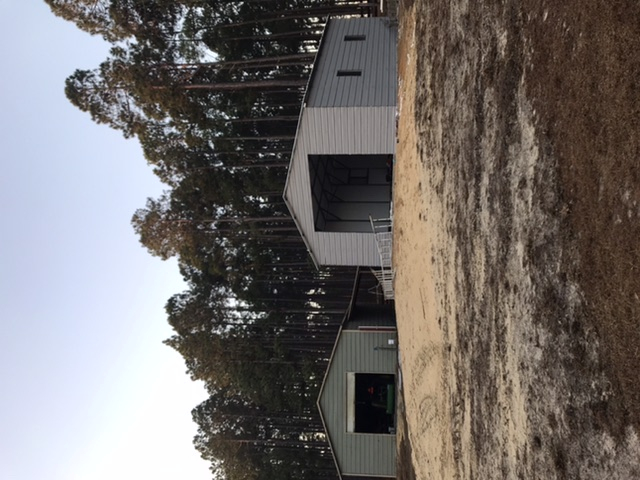