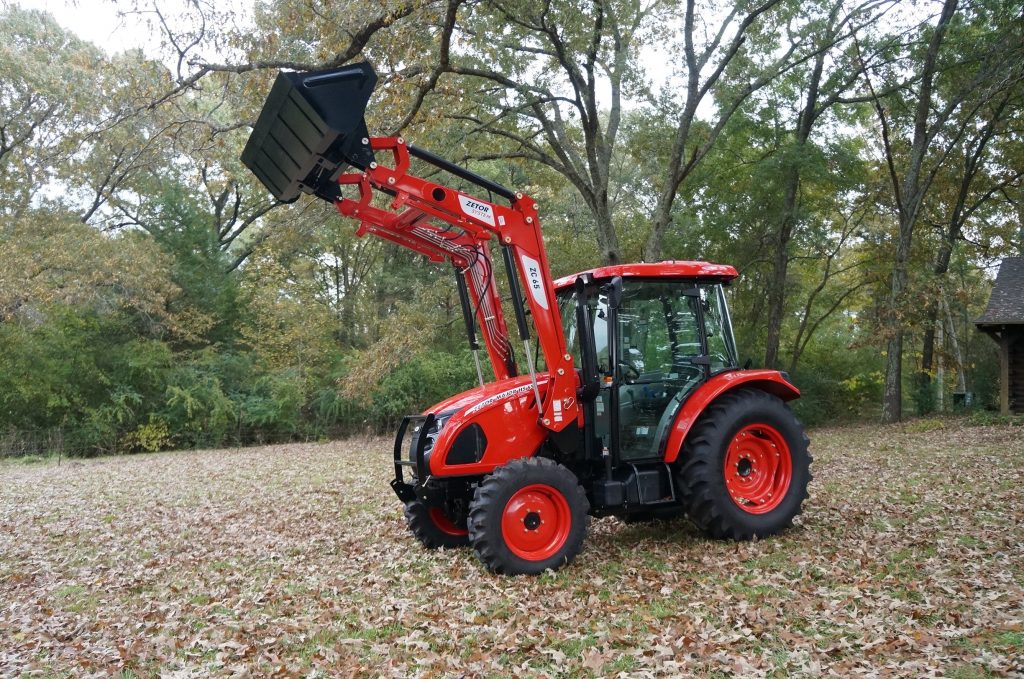 Zetor worldwide launched the Major Series CL tractors in 2013 and immediately, it became one of the the fastest selling tractors in the Zetor tractor line-up.  With its simplistic design, versatility and low operating cost the Major Series has demanded the addition of a Power Shuttle transmission to serve the fast growing needs of various economies.

“Until the end of 2017’, the MAJOR Series was only available with a 12F/12R synchronized mechanical shuttle transmission and a top transport speed of 19 MPH.  This made the tractor a simple, but resistant hard worker,” says Mike Boucher, Director of Sales & Operations, ZETOR NORTH AMERICA.

In 2018’ the MAJOR Series was extended adding two new models, the HS65 and the HS80 with a Power Shuttle transmission with electro-hydraulic engagement of the PTO.  By adding new models to the Major Series line-up, Zetor North America offers more options to fill the need of its customers while at the same time bringing new buyers to the Zetor line of tractors. 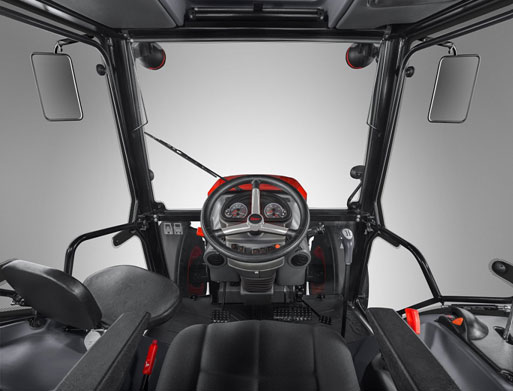 All MAJOR HS models come factory equipped with an All Weather Climate controlled Cab including air conditioning and heater.  The HS65/HS75 tractor models are equipped with tilt steering where as the HS80 tractor features both telescopic and tilt steering  with an air-ride pneumatic-suspension seat with swivel, reclining/for and aft adjustments and optional on the HS65.  An optional mechanical-suspension seat is available for the HS80 and HS75 from Zetor North America.  The Cab controls are ergonomically designed with comfort in mind and easily accessible with multiple storage compartments, a tool box and beverage holder.  A foldable instructor seat is standard on the HS80 and features retractable seatbelts for all models as standard equipment. 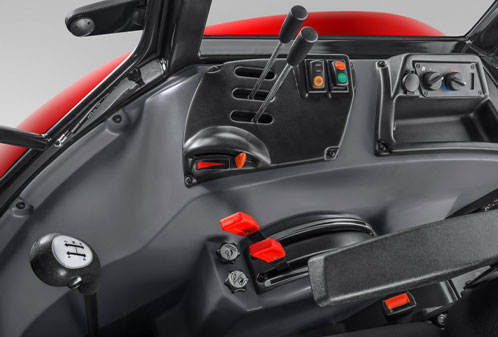 New for 2019 Zetor North America offers a 3rd model to the MAJOR HS Series in 74HP with the addition of the HS75 with all the same characteristics of the HS65 plus a standard Air-Ride phnematic-suspension seat with swivel, reclining/for and aft adjustments.

The new HS80 tractor features 24F and 12R speeds with a Power Shuttle reverser. Forward speed is multiplied by a 2-speed Hi/Lo Powershift with the activation of a button located on the 4-speed shift knob plus Zetor’s patented PowerClutch™ which enables the operator to shift through the 4-speed transmission while never having to depress the tractors clutch pedal simply by depressing a switch on the front side of the shift knob. The HS80 has a top transport speed of 25 MPH, a full 9 MPH faster than the CL model. Creeper speeds are standard on the HS80 with 6-working gears between 2.48 MPH and 7.45 MPH giving the operator ample choices to select from.

The new hydraulic system features an impressive 3-point hitch lift capacity of 7,418 Lbs. to full height on the HS80 with draft/position and mix controls plus 2-rear remote valves with an optional 3rd valve either factory or dealer installed on all HS models plus a free zero return coupler for implements that require a case drain on the HS80. 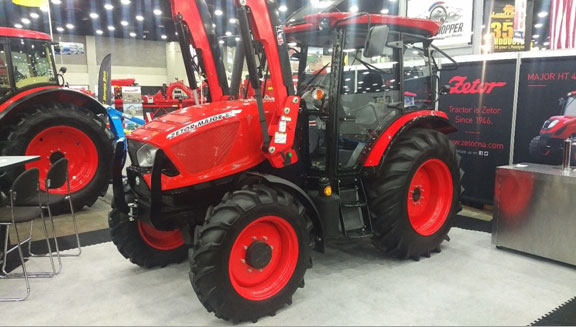 All MAJOR HS models come with front and rear lighting, Safety lighting, horn, Am/FM/ stereo, left/right mirrors, front/rear wipers and entrance steps to enter the Cab either on the left or right side.  The rear window, both doors and corner windows are locking to prevent unlawful entry.

The new HS Series tractors are available with Zetor Front End Loader Systems.  The front end loader for the HS65/HS75 is mechanical self leveling (MSL) with a 78” skid steer attaching system where as the loaders for the HS80 are offered in both (MSL and NSL) with either the skid steer attachment system or the Euro Global carrier attaching system with a 73” or 85” bucket.  Pivoting front fenders, CAT II front 3-point hitch with or without PTO and a locking fuel cap are other options available for the HS80.  Rear wheel weights and front weights are available as an option for all MAJOR HS Series tractors.

The new Major HS Series tractors are the result of customers comments and request for a Power Shuttle Utility Class tractor that can perform like larger agriculture tractors says “Mike Boucher”, but in small and confined areas such as landscaping, poultry, dairy, municipalities, golf courses, hobby farms and many other duties these versatile tractors can deliver in.

Find out more at: www.zetorna.com 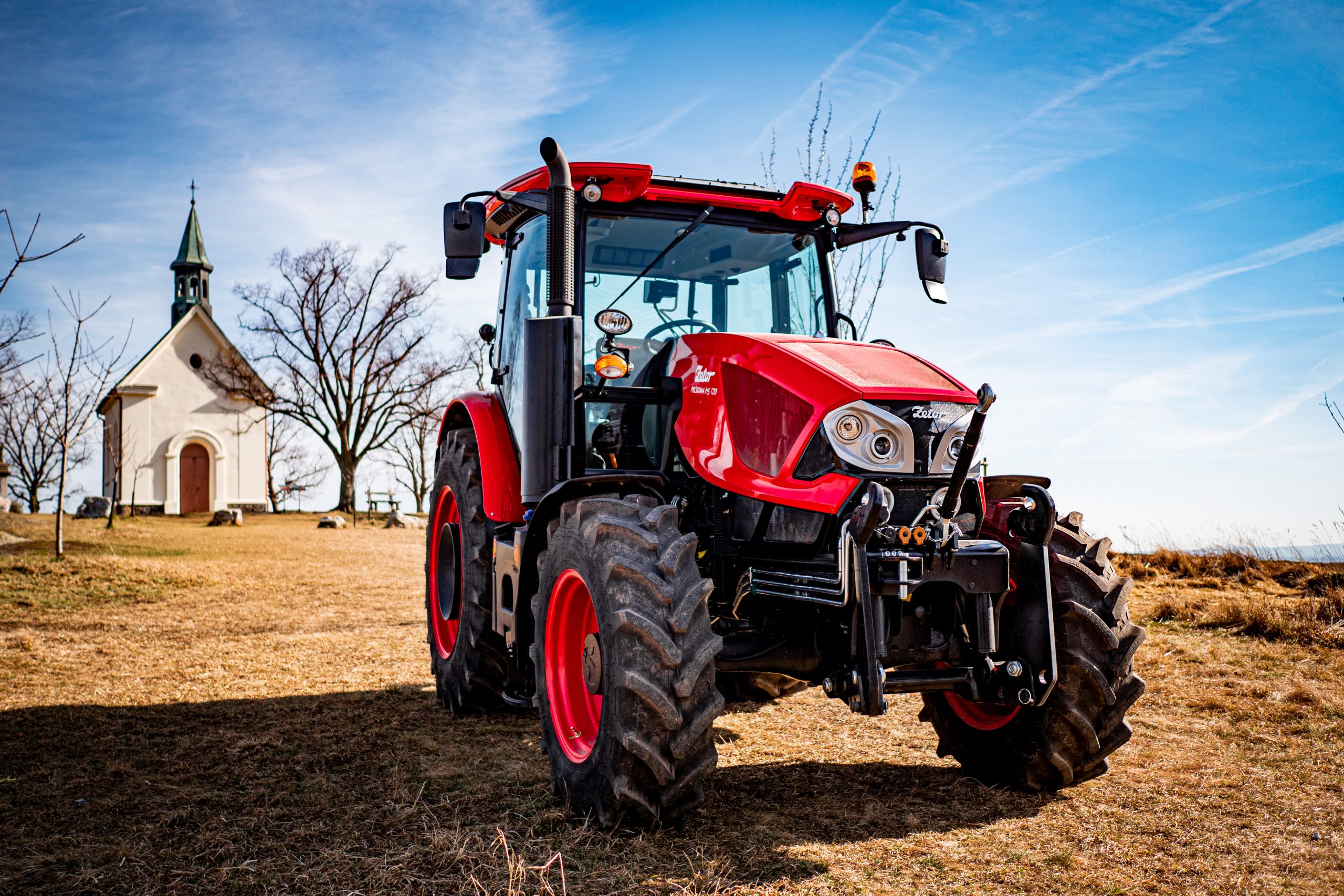 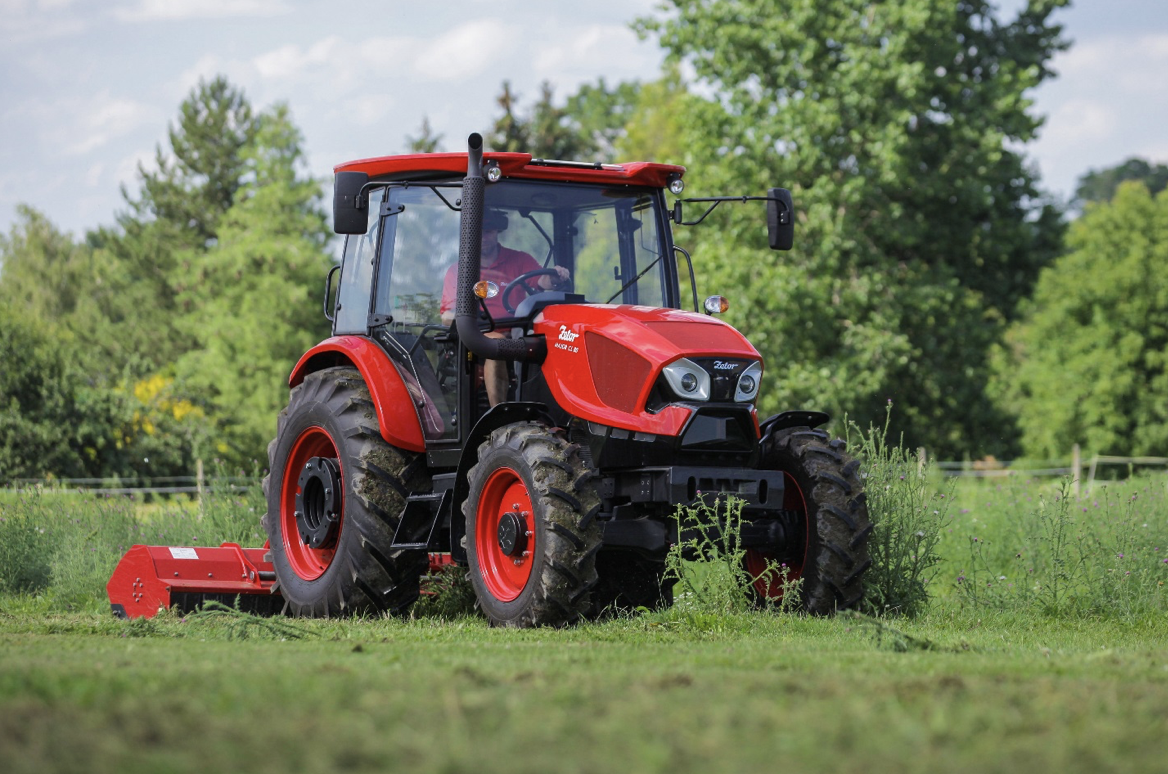 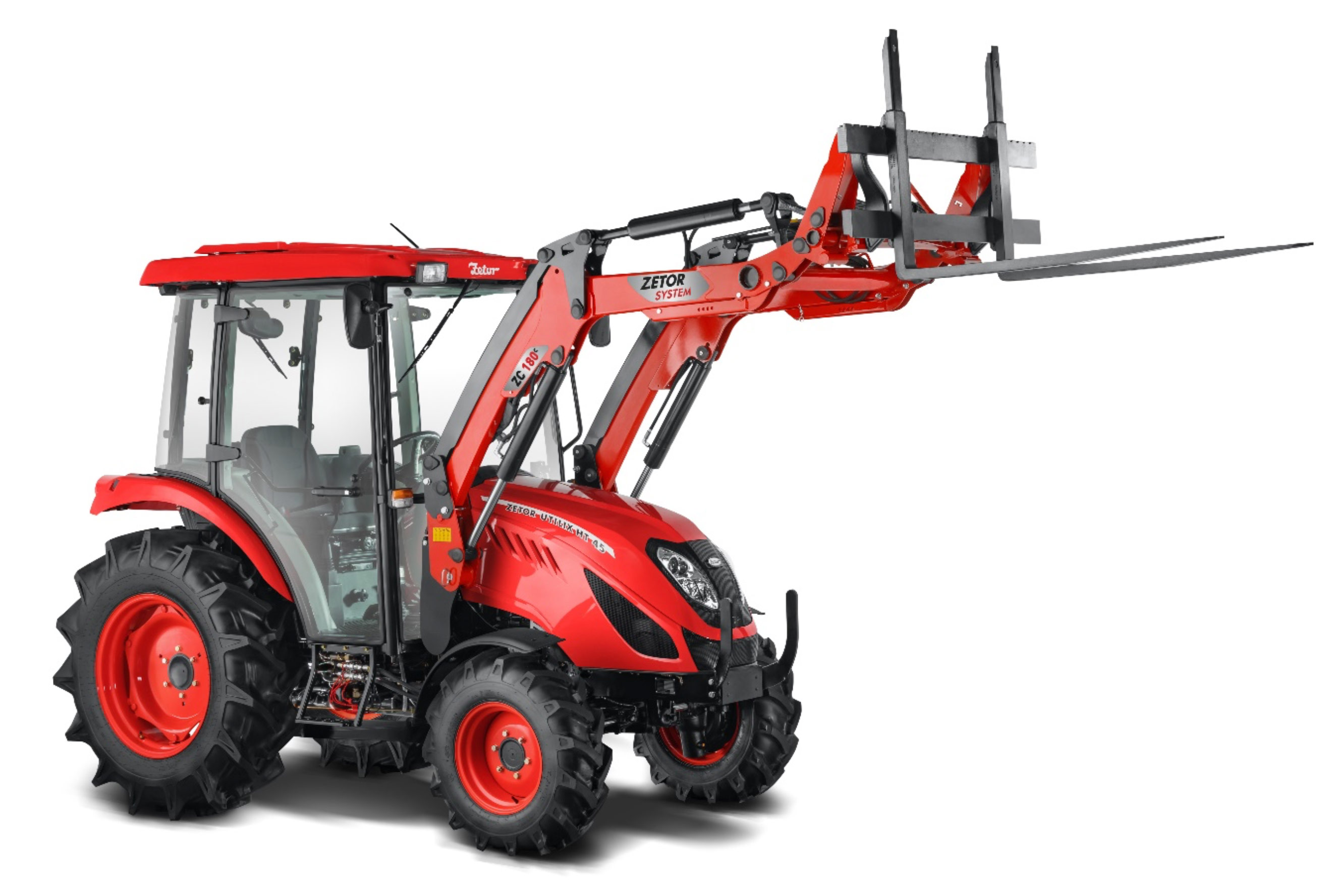 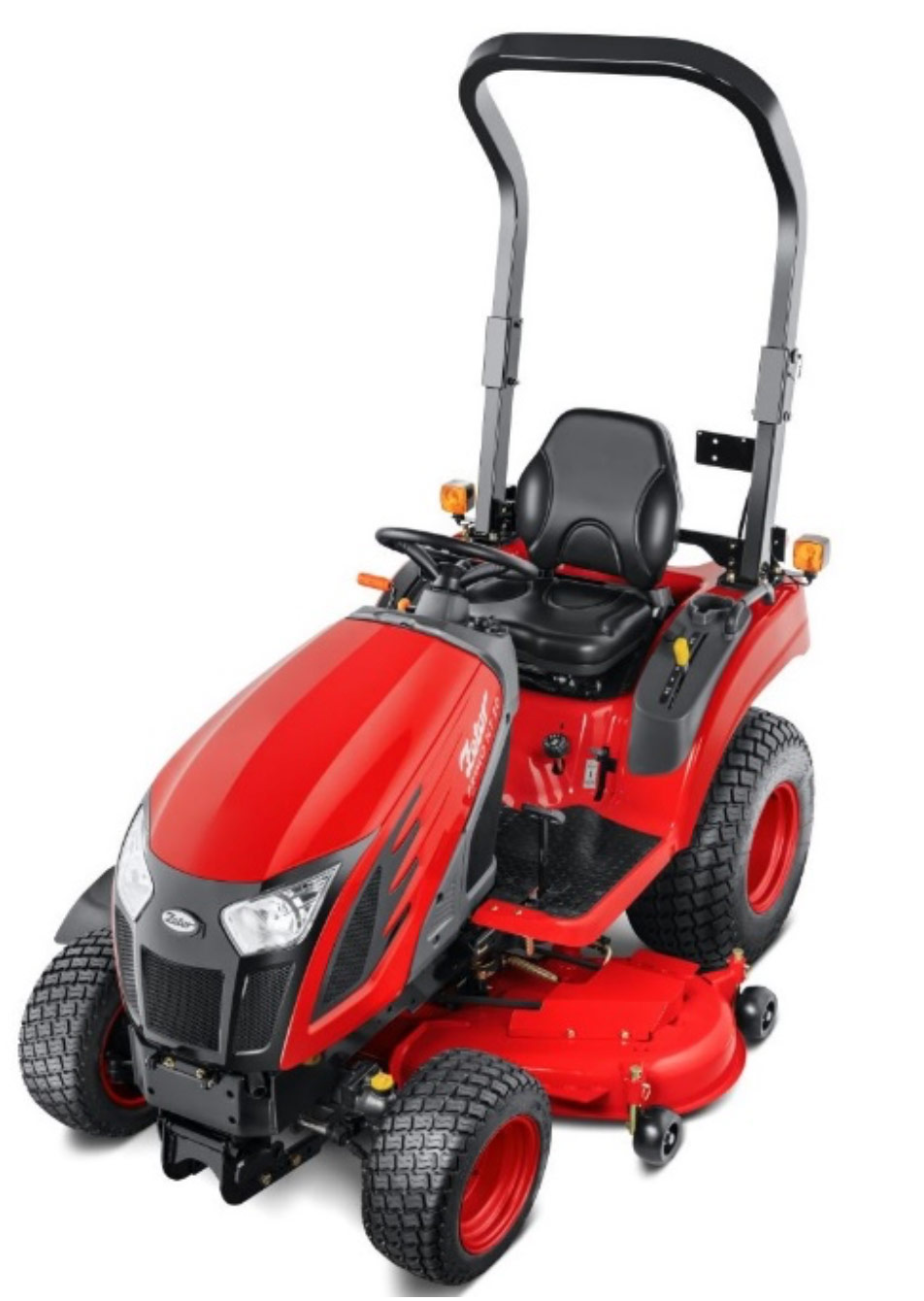